Five years without armed violence in the Basque Country

A Disarmament, Demobilization and Reintegration agenda 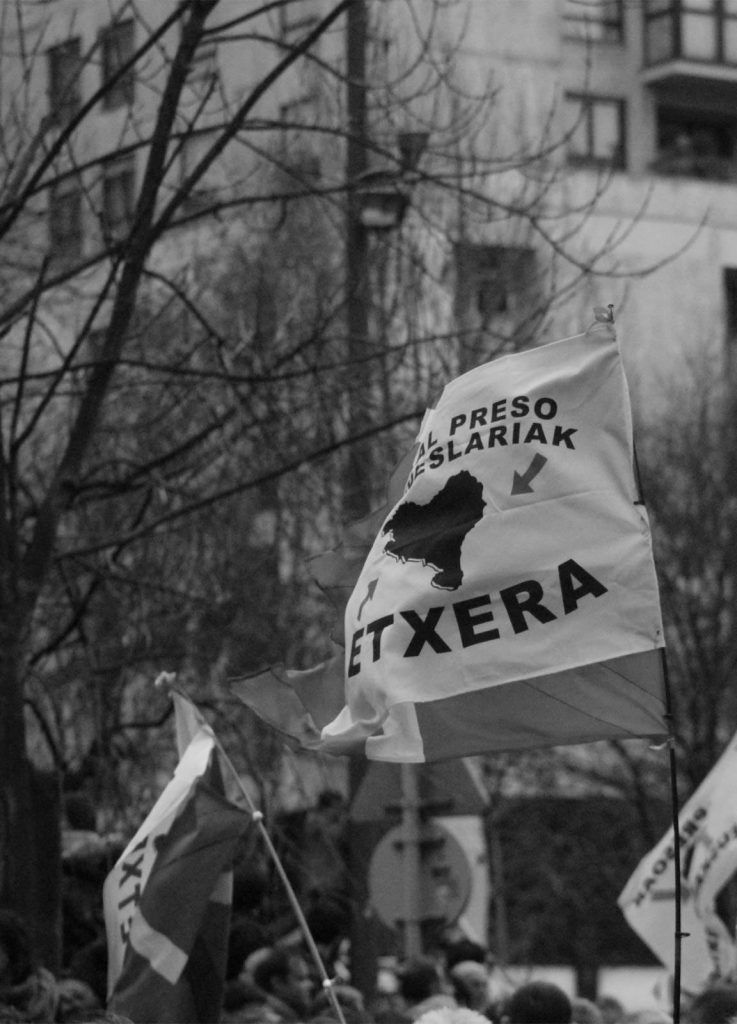 On October 20, 2011, ETA announced a “definitive cessation of armed activity,” thus responding to the call by world leaders such as former UN Secretary-General Kofi Annan issued three days before the Conference of San Sebastian. The so-called Declaration of Aiete called upon ETA to end violence and called upon the governments of Spain and France to begin talks to address the “consequences of the conflict.”

These talks have not occurred. The Government of Spain, after the Popular Party came into power, repeatedly expressed its refusal. In this situation, the conditions to promote a classic peace process, that is, one based on negotiations or dialog between a State and an armed group, have not been met. In light of this situation, other stakeholders have come to the fore: the Basque Government, political parties, civil society organizations and international facilitators. A broader process of peacebuilding and coexistence is thus underway. This model is more difficult to develop, since it lacks the participation of a leading actor, but it has the virtue of being more sustainable because it includes a broad and diverse base of stakeholders, who come to the fore, making the process more democratic and participatory.

The call of the Declaration of Aiete to address the consequences of the conflict refers to the design of a shared agenda on Disarmament, Demobilization and Reintegration (DDR). The UN considers that these three elements are essential for the maintenance of peace. Members of armed groups must have a clear perspective that there are better options than a return to violence while the civilian population must be able to live with the guarantee that weapons will not be used again.

On February 21, 2014, the International Verification Committee for the Ceasefire, formed by experts in peace processes and DDR agendas, announced that ETA had asked it “to include in its mandate the verification of a unilateral process of sealing its arms and putting them beyond operational use.” The Commission also reported that it had verified that ETA had sealed and put beyond operational use “a certain amount of weapons.”

Two days after the announcement, the Audiencia Nacional (Spanish High Court) summoned the members of the Verification Commission to testify about their contacts with ETA and the location of the sealed weapons. Since then there have been no new reports by the Commission and only unofficial information has been published highlighting the difficulties the group is encountering to work due to the risk they run of being persecuted by the security forces.

Now that terrorism is over and that Basque society is facing the challenge of building coexistence, it seems logical that criminal and penitentiary policy must be adapted so that it becomes a tool for the consolidation of peace

Meanwhile, in 2014, ETA announced that “it has carried out the dismantling of logistical and operational structures arising from the practice of armed struggle.” Furthermore it has opted for a negotiated and orderly disarmament, a commitment made explicit again in various communiqués and interviews, in both 2015 and 2016. However, there are many doubts about what the situation is regarding ETA’s sealing and disarmament process. In light of this situation, in December 2014 the Basque Government presented a proposal for fast, viable and effective disarmament. This proposal consisted in creating a committee composed of representatives of the Basque Government, the Social Forum to promote the peace process, and international facilitators.

In the same vein, the aforementioned Social Forum – an initiative of civil society that tries to provide proposals to unblock the peace process – has suggested the creation of a Monitoring Commission or a Disarmament Verification Commission to be established based on the International Verification Commission, with the support of Basque institutions, civil society, and the international community. Both proposals share the same goal: to develop a disarmament process led by Basque society. Today it is unknown whether they will prosper, but no alternative is seen as long as the Spanish Government refuses to get involved. Based on the assumption that Basque society is the final recipient of the results of the peace process, that their coexistence is what is at stake, these initiatives should not be ignored and, in fact, they can provide a means to unblocking the impasse.

This is only part of a DDR agenda, but two important issues remain to be defined, such as dismantlement and reintegration, involving two different groups. One group consists of current ETA militants and it is still too soon to determine what might be its future inasmuch as the organization has not disbanded. There are too many unanswered questions and little willingness to address this reality to come up with any answers.

Regarding the people in prison, there are two groups. On the one hand, there is the group known as “Nanclares,” consisting of approximately thirty inmates who began a process of dissociation from ETA and who have declared their rejection of violence and expressed varying degrees of remorse or apology to the victims. They are imprisoned in a jail in the Basque Country and have had access to prison benefits. On the other hand, there is the EPPK group of prisoners. According to recent data, this group consists of 385 inmates, compared to over 700 in 2009, and, for the most part, they are being held in prisons that are located more than 400 kilometers from the Basque Country.  Regarding the situation of this last group, a clear distinction should be made between issues related to the respect of their fundamental rights and those related to their reintegration. The former must be guaranteed unconditionally.

Holding prisoners in distant prisons is rejected by more than 73% of Basque citizens1, and contravenes European Prison Rules, which state that “inmates must be sent to prisons that are as close as possible to their place of residence or their social rehabilitation center.” It also contravenes the General Penitentiary Organic Law, which determines that the distribution of prisoners must be carried out in such a way that the enforcement of the sentence does not originate family and social uprooting caused by an excessive distance between the prison and the inmate’s natural socialization environment.

These obstructions in the DDR should not lead to despair; coexistence in Basque society is happening very quickly

Another matter is how to promote their reintegration. The Spanish Constitution itself states that “custodial sentences and security measures will be aimed at reeducation and social reintegration.” Current criminal and penitentiary policy has its origins in the fight against ETA terrorism. Now that it is over and that Basque society is facing the challenge of building coexistence, it seems logical that the strategy must be adapted so that it becomes a tool for peace. As the Ombudsman of the Basque Autonomous Community (Ararteko) noted, “a change in the guidelines that regulate and apply the enforcement of sentences of ETA prisoners is necessary; they should be similar to the general criteria governing other inmates.”

The reform of the Penal Code in 2003 increased the penalties for terrorist offenses and the conditions required to qualify for prison benefits. As a result, people convicted of subsequent offenses face serving their complete prison term of 40 years, which will be reduced to 32 if tough requirements are met. The result is that, barring any changes, a person convicted in 2009, in the best-case scenario, would have to remain in prison until 2041. The question to be asked is whether coexistence in the Basque Country can prosper under these circumstances.

The solutions seem complicated, but they exist. It would be possible to agree on a reintegration plan that has the consensus of institutions and political parties. The basis for this plan should be 1) that prisoners be treated in the same way as any other prisoner, 2) to take into account the current situation in which Basque society is moving toward peace and coexistence, 3) that the right of victims to memory and recognition be respected, and 4) that it be accompanied by an unequivocal commitment on the part of imprisoned people to a coexistence that is both peaceful and respectful of differences and pluralism, as well as an assumption of responsibility for what happened.

These obstructions in the DDR should not lead to despair. Coexistence in Basque society is happening very quickly and can be the catalyst to generate the conditions for the key stakeholders to begin listening to the will of the people and act accordingly. There is no alternative.