Five years without armed violence in the Basque Country

Current state of the peace process 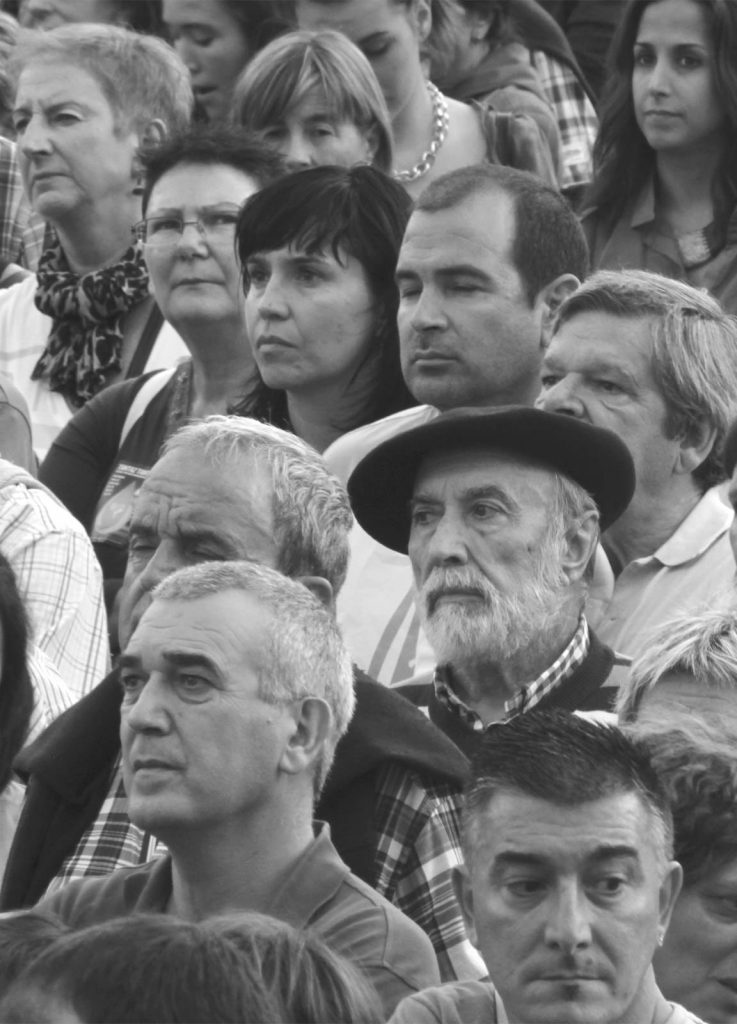 Peace, a process under construction

Those of us who come from the pacifist tradition are used to referring to the dynamic character of the concept of Peace, linking it to the building of justice, as opposed to static views that limit it to the absence of conflict. So it seems appropriate to refer to peacebuilding in the Basque Country in terms of a process, in that the end of ETA terrorism certainly represented a before and after.

In any case, it is important to bear in mind that its frame of reference cannot be the transitional justice that the notion of “peace process” applied to a context of armed conflict traditionally abides by. And that is because its cessation in the Basque Country did not take place in a context of the replacement of a dictatorial regime with a democratic one, nor was it part of a military escalation, in the framework of mutual concessions between contenders. The truth is that, when ETA unilaterally made this decision, its own existence lacked popular legitimacy: not because the system of freedoms that exists in the Basque Country proved to be fully satisfactory for the Basque population, but because its shortcomings, whether in national, social or democratic terms, in no case justified resorting to violence for a vast majority.

By then it was clear that the violence of ETA did not exist as an inevitable consequence of the causes for which it purportedly fought. Nor did it exist because other political or social actors had asked ETA to exercise it on their behalf.  It existed because the organization itself understood that its use was an appropriate way to change the country’s political framework. ETA’s decision in favor of violence had, therefore, a political motivation; but it was its political motivation – its political belief, its political desire – which led to violence, as a result of an ideological vision of the role of armed vanguards in processes of change.

Rights and the quality of democracy

That delegitimization of violence meant that the abandonment of arms by ETA raised generalized expectations throughout Basque society of a better coexistence in terms of quality of democracy. Five years later, the hopeful anticipation thus generated appears to have given way to a certain skepticism, at least among those who associate this improvement with a regeneration of the social fabric that would, among other things, achieve a basic consensus on two elements: the need to take responsibility for the use of violence on the basis of a shared legal and moral order; and the recognition and reparation of the harm done to all the victims of all the violations of human rights.

The abandonment of arms raised generalized expectations in Basque society of a better coexistence; five years later the hopeful anticipation appears to have given way to a certain skepticism

That consensus should be favored, in my opinion, through changes that are still pending in three areas of our criminal policy:

– The criminalization of behavior that is characteristic of the so-called “realm of terrorism,” which in many cases should be understood as protected by the right to ideological freedom and political participation.

– Unusually high sentences imposed on people convicted of any kind of link to terrorism, whose effective enforcement is extended further by an exceptionally harsh penitentiary system. Legislative changes are needed to reduce disproportionate sentences and to retroactively apply mitigating circumstances for reduced levels of danger.

– The relativization or abolition of guarantees, the best examples of which are perhaps the closing down of newspapers as well as incommunicado detention and the lack of effective investigation into allegations of mistreatment or torture. Two initiatives promoted this year by the Basque Government have undoubtedly had a positive impact in this regard: on the one hand, an initiative aimed at the recognition and reparation of illegal repression between 1960 and 1999; on the other, the investigation launched by its Department of Peace and Coexistence and directed by renowned forensic surgeons, which documents more than 4,000 victims of torture practiced between 1960 and 2013, of which the justice system has compensated only 32.

We are talking, therefore, about fundamental rights; about their defense against infringements for the sake of counter-terrorism policies, and about their potentiality so that the defeat of terrorism can become the victory of democratic values as guiding principles of coexistence.

However, no matter how well substantiated it may be, it doesn’t seem likely that purely legal criticism will bring about, by itself, the changes that are being advocated. In view of the experience of these years of deadlock, I believe that, if not all, at least part of the problem has to do with the lack of a minimum agreement on memory: a narrative about the past which, defined in a forward-looking manner, would generate the political will to make progress in this area.

Without prejudice to the right of victims to truth, justice and reparation, the aim is also to encourage the interaction of the account of the victim with the confession of the perpetrator in order to help shape memory as a right of society, with truth emerging as a political act for the reconstruction of the community. In any case, one of the difficulties that its development entails is that it could not be limited to a list of events that were shared to a greater or lesser degree inasmuch as these are not morally or legally neutral: they tell us of suffering caused by some people to others through a violation of fundamental legal rights and the way this has conditioned coexistence in freedom.

In short, it is about overcoming the obvious (that harm has been done) to enter into the evaluative: the acknowledgement of the “illegitimate” nature of the suffering caused. Until this issue is addressed, and explanations like “those were different times”, “the circumstances required it then”, “sometimes you have to take tough measure”… persist, recognition of harm will be of little use since the victims will rightfully denounce a discourse that sympathizes with their pain while justifying the perpetrator.

Prisons and the regeneration of social fabric

Perhaps the highest expression of the triumph of democracy is precisely the incorporation into the democratic consensus of those who resorted to violence to achieve political goals, after accepting their responsibility. And to the extent that the criteria hitherto applied to individualize it has led, as we have been maintaining, to a deterioration of the system of rights and freedoms in the interest of efficiency in the fight against terrorism, its correction would undoubtedly contribute to the strengthening of the consensus on the legitimacy of the system in terms of quality of democracy.

Perhaps the highest expression of the triumph of democracy is the incorporation into the democratic consensus of those who resorted to violence to achieve political goals, after accepting their responsibility

In this regard, based on the principle of reintegration, there is a wide margin for action, in the fields of both correctional and judicial administration, to apply the general and universal criteria on the serving of sentences for people convicted of terrorism. There are four fundamental demands that can be made in this respect:

– That they serve their sentences in prisons close to their hometowns, which, apart from minimizing the negative impact of incarceration on family, social and labor relationships that shape their socialization, can also encourage debate and dialogue to facilitate the peace and normalization process both inside and outside prisons.

– That the jurisdiction of prison supervision be returned to the Basque judiciary. Its centralization in the Audiencia Nacional (Spanish High Court) was, in the past, an expression of exceptionality, whose reversal today is both timely and feasible.

– That the Prison Administration facilitate the application of legal regulations which provide for release from prison, with all the precautions necessary, of inmates who suffer from serious and incurable diseases.

– That their prison classification be governed by the individual prognosis of their ability to lead a life in freedom without reoffending, so that they can lead the lifestyle that is most suitable, in each case, in order to facilitate their itineraries of social, labor and family integration.

Rights, political calculation and the disappearance of ETA

In its communiqués, ETA insisted on bilateral negotiations with states, claiming that the Declaration of Aiete spoke of the need to discuss the consequences of the conflict with them. That expectation proved to be false, however, in view of what has happened in the time since then: the State has chosen not to move, hoping that the problem will take care of itself taking into account that the conditions for a cessation of violence, as we have seen, were not peace for prisoners, but peace for the political legalization of Abertzale leftwing nationalism.

This creates a situation in which, paradoxically, the positions of both the government and ETA would seem to respond to a rational choice. The government understands that, since there is no conflict, it doesn’t have to enable any measure to resolve it: the terrorist organization has simply been defeated, and its members must bear the full brunt of the law, which will continue to be based on an antiterrorist crime policy until the organization disbands. Given this situation, ETA wonders if their disbandment can lead to a certain degree of flexibility in measures of prison policy or if, on the contrary, the government will feel even stronger and increase these exceptional repressive measures regarding its prisoners, the vast majority of whom see in the government’s attitude confirmation of this latter position.

This being the situation, it is necessary to take up the fundamental idea: rather than a calculation of costs and benefits, it is a question of demanding rights. The same ones that are violated by the use of violence to achieve political objectives, and whose defense consists in radically condemning that violence while at the same time encouraging a model of coexistence with human rights, and the ethical values that sustain them, as its backbone.