Interview with Mary Kaldor, an expert in war, peace and security studies 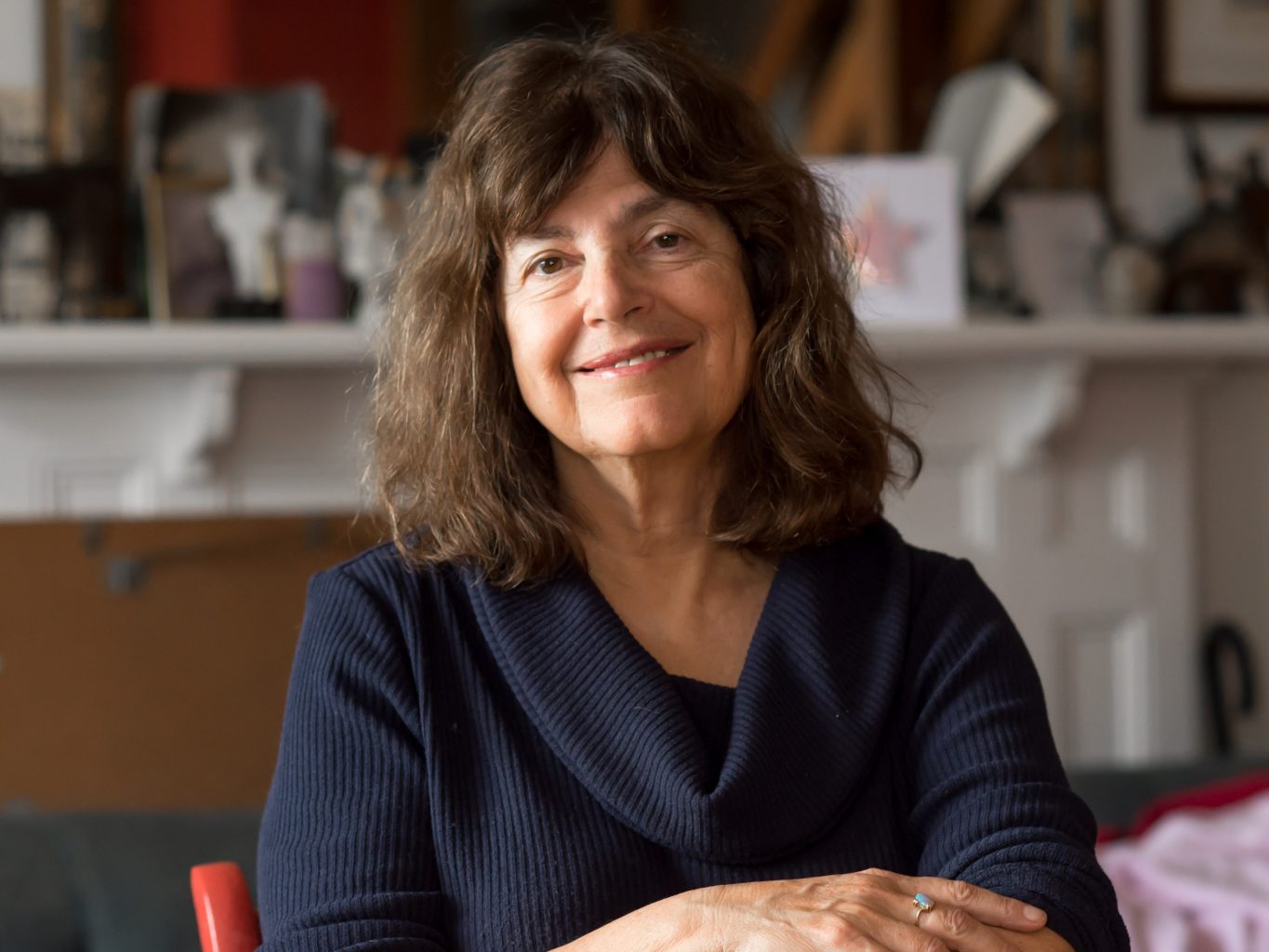 Mary Kaldor is a Professor of Global Governance at the London School of Economics, where she directs the Civil Society and Human Security program. Author of numerous publications, Kaldor is a reference in the study of war, peace and security. She pioneered the development of the concept of “new wars”, a type of persistent violence that goes beyond armed confrontation between two sides. In this interview, we address the challenges for peacebuilding of these “new wars” and situations of extreme violence outside of classical armed conflicts in countries such as Mexico or Colombia.

In your opinion, what are the main issues of concern in terms of global peace and security? What are the challenges and regions that deserve special attention now?

That is a very big question. But I would argue that there are three types of wars going on, although I feel they are merging. One is what I call “new wars”, a kind of persistent violence. We tend to think of wars as deep-seated political contests between two sides, which end with one side winning and the other side losing. But in these “new wars”, what you see is that the various armed groups, criminal gangs, are more interested in the gains they make from violence than they are in winning or losing. I would take the view that Mexico and Venezuela are very typical of a new war. And Colombia, which started as a classic civil war, the conflict also turned into a new war. In the Mexican case, the armed groups make gains primarily economically. But in other places,  they also gain politically because the fear they create is a way of constructing extremist ideologies- ethnic or religious exclusive identities. In other words, it is a type of violence that reproduces itself and is very difficult to end. This kind of war is a big problem. It is very dangerous. And we see it in large parts of Latin America, the Middle East, Africa and Asia. It is more like a kind of social condition that is spreading.

And the other two types?

On the one hand, we still have the old geopolitical conflict between the great powers (US, Russia, China). Those are, in a way, I would say, imaginary conflicts. They don’t want to come to blows because any war would be fatal for humanity. But they require constant tension, which I think is very dangerous, as we’re seeing now in the case of Ukraine. And then, thirdly, there is this horrible drone campaign by the United States. They are continuing the war on terror, which involves a long-distance campaign of assassination worldwide against individuals, contributing to the violent chaos. And I think the trouble is that all three types, three phenomena, really feed into each other.

These “new wars”, including chronicles acts of violence in non-war contexts, are still underrepresented in the global peace and security agenda. Why do you think this is so?

I think it is because of what I would call “old views” of what war is about. For many people, war is a legitimate phenomenon between two political groups that cannot resolve their differences peacefully. And in international law, there are ways in which you can say the war is legal because it is a war in self-defence, for example. So we have this idea of war, and the things that don’t fit that idea are excluded. In places like Syria or the Balkans, what is happening is extremely similar to what is happening in Mexico or Venezuela, but it’s framed in political terms. And because of that, it is considered a war, whereas it is not in Mexico and Venezuela. I think this is quite problematic in terms of peacebuilding. Because if you believe that most people inflicting violence are criminalised groups, negotiations -while they might be necessary sometimes- can help strengthen those groups. Traditional peacebuilding does focus on mediation and negotiation, but we need other approaches. Sometimes you have to negotiate even with criminal gangs. Still, you have to think very hard about what this negotiation is about and how it is linked to other types of approaches to peacebuilding.

Mexico, Venezuela, and Colombia are the scene of the “new wars.” Violence reproduces itself and is very difficult to eradicate

Which strategies or practices of peacebuilding could be transformative to deal with this kind of violence?

The key is always the establishment of legitimate political authority: municipalities, regional authorities, states that people trust. So the question is: what is the way in which you construct political legitimacy? There are various elements to this. First of all, I think the role of civil society is incredibly important. And again, in most of the peacebuilding literature, people do not see civil society as a political force. Yet, those citizens who reject violence and criminality are absolutely central to building political legitimacy. In my research, we talk about civicness because civil society tends to be equated with NGOs. Civicness can include committed citizens, honest civil servants, teachers, judges and police officers even local authorities who provide public services.  When we talk about civil society, we include those types of people. We have a very interesting example of the role of civil society in the formal talks on Syria. The United Nations created a women’s advisory board and a civil society room, where civil society came together. This has not affected the talks at a political level. But it has been really important in bringing civil society together from different parts of Syria, and it has helped to increase the legitimacy of civic activists on the ground.

The second point is mediation. It shouldn’t necessarily deal with the political future. It needs to be about very concrete issues, like the security of a neighbourhood or lifting a siege, and it should be at all levels and very inclusive. The classical peacebuilding approach focusing on top-down political mediation is inadequate and sometimes even counter-productive.

Third, the rule of law and justice mechanisms are hugely important. Justice is often very much neglected by peacebuilders. They often think that you have to forgive the various violent actors because that is the only way to agree to peace if they know they will not be put in prison or tried. But unless you deal with their violations of human rights, and their criminal behaviour, you will never be able to solve the problem. And finally, the economic issues. If we look at the economic origins of these kinds of conflicts, they are very much linked to neoliberal economic policies. They occur in extreme unemployment and inequality situations and in the sort of contracting-out culture where people make money from being part of the government. To deal with all of this, it is necessary to create legitimate livelihoods for people so that they do not need to engage in crime.

You talked about the importance of justice. The international law mechanisms established to maintain security and peace have not evolved in the last years. Which are the challenges to overcome in this sense to face this kind of violence?

We now have competing bodies of international law, and different groups have stretched international law in different ways. If you take the United States, they have hugely weakened the meaning of self-defence to justify the war on terror as a legal war. When the 9/11 events happened, many people -including me- said it was a crime, not a war. And if you define it as a crime, you deal with it through intelligence and policing rather than military operations. But the Americans chose to deal with it as it was an attack by a foreign state, and they intervened in Afghanistan on the grounds of self-defence. After that, they expanded this to Iraq and against non-state actors (Al-Qaeda, ISIS, Boko Haram). So that enabled them to define targeted assassination as a war. Equally, Putin had stretched international law when he talked about the right to intervene to defend Russians in places like Abkhazia or Eastern Ukraine. There is a huge weakening of international law, and there is no global consensus about international law. At the same time, there have been significant new developments.

There is no global consensus on international law, and it is significantly weakening

One area is human rights. Human rights challenge the legality of war itself because war is a violation of human rights, and it is crucial to strengthen international human rights law. We also have the law of peace: it has involved literally hundreds of peace agreements, which constitute international law. And, of course, there is the responsibility to protect the development of a humanitarian intervention.

In terms of language, some scholars qualify the violence in Mexico as an armed conflict of a non-international character. Do you agree with this definition? Do we need to broader our understanding of armed conflicts?

This is a really difficult point. If you start defining armed violence as a war, criminals can claim they are soldiers rather than criminals and legitimate actors. On the other hand, the advantage would be that with international humanitarian law, if they declare themselves as soldiers, they would have to abide by rules, according to which they should not kill civilians, not kill women and children, and not engage in rape.

War in both Syria and Mexico is a social condition; its structural factors need to be modified and human security must be a starting point

There is a tendency amongst many governments to respond to severe criminal violence with highly militarised measures that put human rights at risk. To which circumstances would you limit the use of the military?

I have been arguing very strongly for the military to operate within the framework of human security. Whereas the military might be needed to defend people or uphold a peace agreement, their aim should always be protective, rather than to kill enemies, because its primary task is to protect ordinary people. In this sense, there are certain circumstances in which the military might need to protect people: in cases of genocide or massive human rights violations. You need the military to defend Ukraine against an armed invasion, but defending is very different from attacking. There is still a role for the military, basically in defensive roles and protective roles.

Is there enough political will to transform conflicts and end chronic violence?

Whether the kind we see in Syria or Mexico, the war is what I would call a social condition. It reproduces itself, and the answer is to try to shift the structural factors. There are possibilities for doing that, and a starting point is a human security, which is focused on the security of individuals and communities rather than states and borders. Its main objective is always to reduce violence rather than defeat the enemy. The challenge is global because global networks -for example, the arms market or oil and gas revenues- sustain governments but is also local. So we need reforms at different levels, which is very difficult, and we also need external multilateral actors (UN, EU) to recognise the importance of addressing structural violence.

[This interview took place in February, before the Russian invasion of Ukraine]