Beyond the policies of fear 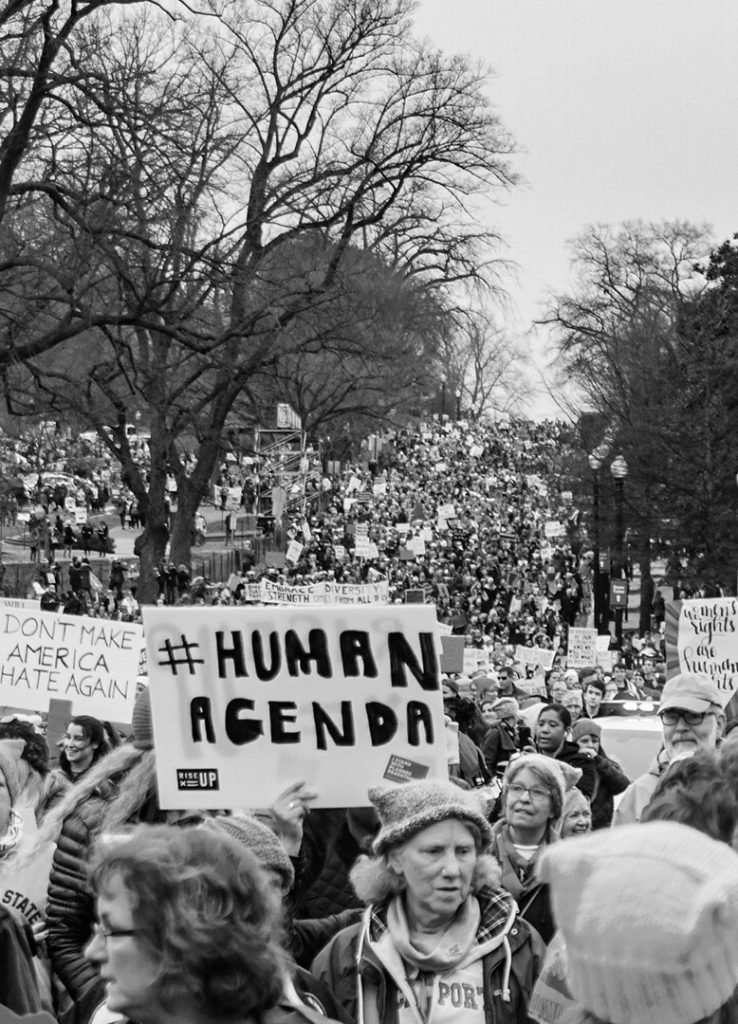 Europe has militarized its crises. The more vulnerable it feels, the more it clings to symbolic policies and belligerent language. We have seen soldiers on the streets of large French or Belgian cities after they had suffered attacks as an attempt to infuse a supposed perception of security; or the president, Emmanuel Macron, declaring a health “war” on the coronavirus. The pandemic has fuelled exceptionalism and siren calls that, in the midst of the spread of contagion in Europe, praised the coercive capacity of States that managed to temporarily confine a frightened world.

Government responses to the coronavirus have, in many cases, resulted in a concentration of power and authoritarian temptations emerging with states of emergency, attempts to control public opinion, unwarranted militarization and police violence. Populist rhetoric identified the virus as an external threat, an “imported” evil, which led to the stigmatization of certain communities and the closure of borders. In Hungary, rule by decree was imposed for several months. The Bulgarian government took advantage of the pandemic to impose abusive restrictions on the Roma population, forming a perimeter around neighbourhoods where there was no evidence of Covid-19 positive test results. Media outlets were shut down in Romania. Journalists have been persecuted and access to press conferences and official information has been limited. The International Press Institute denounced “an alarming number of European governments, especially in central and eastern Europe, which have used the ongoing health crisis as a pretext to restrict the free flow of information and clamp down on independent media.” In Greece, security forces used violence against asylum seekers, human rights activists and journalists. More than half a year later, exceptionalism continues. Faced with a second wave of mass infections, the logic of confinement, curfews, social restrictions and extensions of the states of emergency are increasingly met with movements of protest and discontent in the streets of some European cities. The lack of a clear horizon and the weight of physical distance, while forced to try to comply with the logic of productivity, take their toll on mental health. The health emergency has been used as an alibi for a technocratic moment that needs to be undone.

Europe has developed a false security narrative. It has used fears, real or perceived, to impose political agendas and stigmatize otherness

The securitization of Europe is based on the violations of rights and the inhibition of responsibility. One need only to look at the humiliation, overcrowding, unhealthy conditions and despair in which the thousands of refugees trapped in camps in Greece live. They are the perfect reflection of the migration policy of a European Union (EU) that abdicated its commitment to international law and human rights long ago. An EU that has made these inhumane and dangerous living conditions the perfect manifestation of its policy of deterrence.

Europe has developed a false security narrative. It has used fears –real or perceived– to impose political agendas and stigmatize otherness. A concept of security based on the sealing of borders that is an attack on the rights and lives of those trying to reach EU territory.

Spending on security technology at Europe’s borders is around €15 billion a year and, according to some forecasts, in 2022 it could be as high as €29 billion a year. These are calculations by sociologist Jean Ziegler, a member of the advisory committee of the UN Human Rights Council and author of the book Lesbos, la honte de l’Europe (“Lesbos, the Shame of Europe”). Private companies have become the major providers of border services in a bunkered European Union. States have decided to relinquish their responsibility to protect –they sell it at market price– and security generates a lucrative business. Large transnational corporations export military services on lands that, until very recently, was exclusive and inherent to States. In this Europe, so concerned about sovereignty, the business of security privatization is beginning to find loopholes.

States have decided to relinquish their responsibility to protect, and security generates a lucrative business

There are securities that are built against people, and State powers that act, in the name of security, against the individuals who question them. It is a repressive securitization, which locks people in camps that are really outdoor prisons; centres for asylum seekers, internment or administrative detention; makeshift settlements; identification centres; temporary encampments in front of the many fences that have been erected at the borders; ghettoes, jungles or hotspots (depending on the prevailing terminology at any given moment) that have spread throughout EU territory. Without fundamental rights or freedoms. Legal limbos and truncated times in which to build a life. Realities where women and children are the most vulnerable links.

European governments need to recognize the connections between these structures of violence and those that survive in patriarchal societies in the form of precariousness, violence, economic insecurity, invisibility or exploitation.

The regression of rights at the borders of the European Union is not unrelated to ongoing democratic involution. The Polish women in black who, for more than three years, have been protesting against the curtailment of sexual and reproductive rights systematically enforced by the PiS (Prawo i Sprawiedliwość, Law and Justice), or the protest movements against the far right in Italy know this. Gender has become a battleground for ideological confrontation in the European Union. Confinement due to the pandemic has multiplied intra-family aggressions and gender-based violence, which some political forces deny. Last March alone, the number of phone calls to the helpline for victims of domestic violence of the Polish NGO Women’s Rights Center increased by 50 percent. But there are still administrations that opt for invisibility and masculinized public and political spaces that sustain structural discrimination. “Mutilated democracies”, as Daniel Innerarity calls them, ruled by the logic of sovereignty, when human interdependence should be at the heart of their political agenda.

The opposition to women’s rights –and the polarization that questions shared values and concepts– has become a new cross-cutting argument among much of the European extreme right. It is erosion in slow motion. A gradual change. A series of renunciations that are gradually making their way into political agendas. While women multiply as a mobilizing force, the populist right has turned feminism, as a concept, into one of the obsessions of their conservative counterrevolution. At the legislative level, there is also a deadlock that reflects this involution. The EU Council of Ministers has for years blocked the approval of a new directive on non-discrimination on grounds of gender, religion, disability, age or sexual orientation, which would extend equality in areas such as social protection, access to housing, education or health care. Governments are also blocking another directive –already approved by the European Parliament– for the establishment of quotas to ensure a greater presence of women on boards of directors, with Germany leading the opposition because it considers it an interference with its area of jurisdiction.

Many democracies die of “erosion”, according to Steven Levitsky and Daniel Ziblat, authors of How democracies Die. They die due to the renunciations of their governments and political parties in the face of setbacks in rights and violations of the separation of powers; in alliances of moderate forces with populist xenophobic parties, as has happened in Finland or Austria; in the polarization of debates and the radicalization of political agendas to win the far right vote; due to the elimination or systematic co-optation of the arbitrators who are supposed to ensure political and institutional fair play. The idea of security in Europe has been perverted in the same way that the idea of Europe is being perverted, along with the concept of solidarity, which was considered a fundamental value of the Union.

While states cling to old concepts of sovereignty and borders, a hyperconnected world has made it possible to incorporate a certain cross-cutting nature to the revolt

Inequalities erode democracies and our perception of security. A liberal-conservative American analyst such as Arthur Brooks, director of the American Enterprise Institute, denounced long ago in Barcelona the “deficit of dignity” with which millions of people who have felt unprotected by hyperglobalization have been treated. He explained how in Donald Trump’s United States “the top and bottom of American society are completely separate today, developing completely different cultural, food and lifestyle habits”. Unequal societies in spaces undergoing transformation; and cities are today the centers where these redefinitions converge. As Eva Garcia Chueca and Raquel Roknik explain in the monograph on international municipalism and the right to the city published by CIDOB, globalization is strongly expressed in cities: the outsourcing of productive industry, the transnationalization of the financial economy and the dynamics of mobility and transit of migrants are at the heart of some of the vulnerabilities and insecurities that affect today’s cities. These cities, having become global urban phenomena, must also fight against environmental degradation, uncontrolled growth or precarious access to housing.

“Human security does not depend on the quantity or size of our weapons”, said John Paul Lederach, when he inaugurated the University of Peace in Sant Cugat del Vallès in 2018, “but on the quality of our relations, the creativity of our imagination and the courage to act from our convictions”. Security is also –and above all– based on care and protection. Beyond military power, there is a formidable relational power that is wielded everywhere, which is changing leadership models and opening up new spaces of influence.

In the age of Covid, the idea of security has been transformed, more than ever, into the idea of care and the need for public services and social protection

The power of a global actor must also be measured by its ability to promote its own ideas. To leave dichotomies behind. Hegemonic views of the concept of security must be overcome. While states cling to old concepts of sovereignty, borders and areas of influence, this hyperconnected world has also made it possible to incorporate a certain cross-cutting nature to the revolt; in the awareness of a need for change. The challenge to abuses of power is still alive globally. Each protest is unique, yet there are obvious points of connection. From the viral nature of denunciation chants (such as El violador eres tú [The rapist is you]) to uprisings against corruption (from Bulgaria to Lebanon), these protests break down the barriers of fear. Traditional frameworks are slowly being overcome. Hence the regressive reactions.

We are experiencing a certain disconnect between the world’s institutional and political structures. This is due to the irruption of populism or because institutions have been surpassed, not only by the questioning of multilateralism, which is gaining adepts, but also by new geopolitical realities and the technological revolution, which has transformed and reconfigured traditional balances of power. According to Nikolas Gvosdev, an American security expert and researcher at the Carnegie Center, the pandemic has placed us at a key moment in international relations where ethics and strategy converge. And both will be indispensable to redefine the post-coronavirus world and the idea of security which, in the age of Covid, has been transformed, more than ever, into the idea of care and the need for public services and social protection.

ABOUT THE AUTHOR
Carme Colomina Saló is a journalist and senior researcher specializing in the European Union, disinformation and global politics at CIDOB (Barcelona Center for International Affairs). She is also an Associate Professor at the College of Europe in Bruges (Belgium) and a member of the ICIP Governing Board. As a journalist, she has covered international summits and political conflicts in some twenty countries. She has worked for the newspaper ARA, where she writes weekly, and for Catalunya Ràdio.

This is a translated version of the article originally published in Catalan.