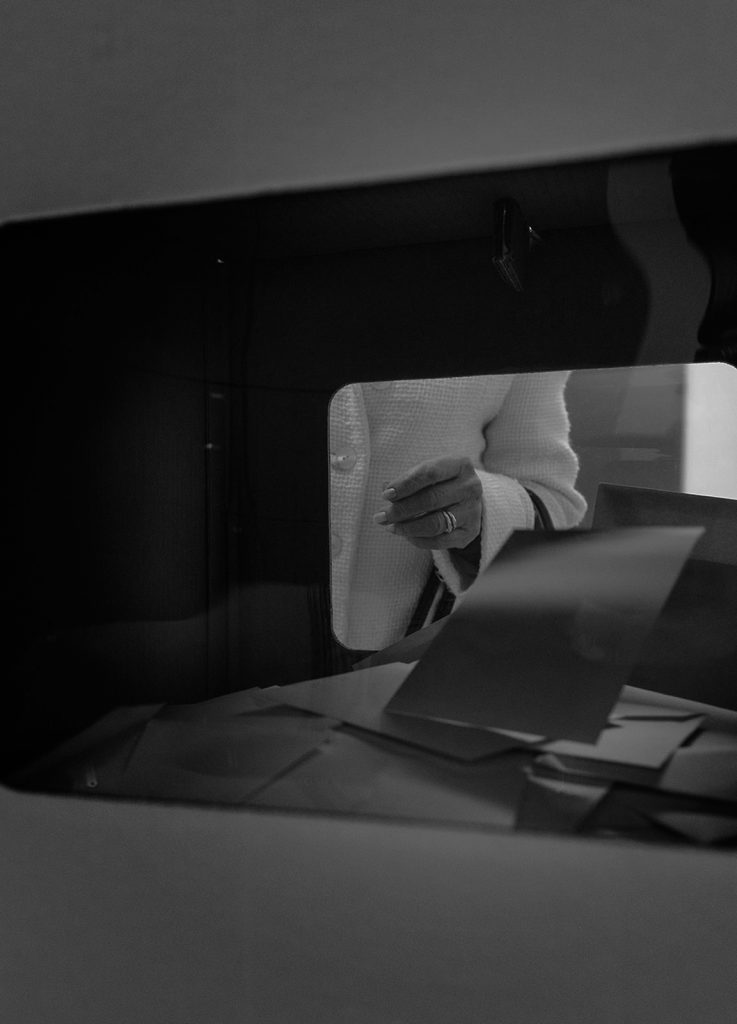 It will soon be the 30th anniversary of the last and probably only time that we were asked for our opinion about what foreign policy we should have as a State. On the 12th of March, 1986, the government of the then Prime Minister Felipe González, following the electoral promise his Socialist Party (PSOE) had made in the first elections it won: it held a referendum to decide if Spain should continue to be part of NATO. You probably know the story because you remember first-hand or because you’ve heard it for nearly three decades: the “Yes” vote won with a wide margin of 13 percentage points, while the “No” vote won in the Canary Islands, Navarre, The Basque Country and Catalonia.

The socialists tried to justify the U-turn from their initial “OTAN, no entry” in the campaign in 1982 to the “In the best interest of Spain, vote YES” in the wake of the referendum by stating that Spain would never join the military structure of the alliance, that there would be less North American military bases and that Spain would not harbour or permit transit through it’s territory of any nuclear weapon. Years later, the government of the conservative president José Maria Aznar-despite the incomprehensible abstention of his own party, Alianza Popular-completed the entry into the military structure. He also authorized the entry-with Spain’s prior authorization- of nuclear weapons, and the support for American military bases has been constant even in the last days of the Socialist government of José Luis Zapatero: a good reminder is the delivery of the keys to the Rota military base in 2012, so that it could be used as antimissile shield. Zapatero probably regretted the moment when he hadn’t stood up for the American troops in Spain’s yearly military parade. Luckily for him, there was the excuse of the crisis and the opportunity of creating jobs with “Mr. Marshall” coming to visit Cadis.

González had no qualms in blackmailing his own voters when he assured that he would step down if the referendum didn’t have a “Yes” as a final result. By doing this he was clearly manipulating the nature of a vote that, years later, he would describe as one of the hardest moments in his political career, regretting the fact that he ever decided a referendum should be held, stating that “Citizens shouldn’t have to vote if they want or not to stay in a military pact, this should be within each party’s program and decided in the elections”. Quite a quote. The statesman had learnt his lesson and that’s what he would state in his conferences and while occupying seats in the most prestigious board meetings: citizens should be asked –if at all- about banal things, democracy should be sold wholesale, not as individual products. You can either buy the whole program or buy nothing at all.

I remember the faces of resignation back home, the arguments during the campaign and probably the first open political rebellion in front of the television: ideals versus real politik. So this was “serious” democracy and that’s as much as it could give us. The referendum could’ve brought a major earthquake in the international equilibrium, just months after having joined the European Community and just before Europe would grant Spain international funds, finally putting an end to the Spanish autarchy. Spain had finally found its place in the world, which had to be supporting the West, particularly in a moment when the tension between blocks was growing, a few short years before the collapse of the Eastern bloc. I can imagine the secret service phone calls, crossing bets about how long that wrestle would last, and I remember the nuclear threat, the deployment of Pershing and Cruise missiles in 1983 Germany appearing on every news bulletin. When you’re 10 or 12 this leaves a deep print in your mind: if today children have nightmares with the Islamic State, in our generation it was all about our days ending with a red button being pushed.

Never again have we been asked about how we want to relate with the rest of the world. There was indeed a referendum for the approval of the European Constitution, with 20% less participation than in the 1986 referendum. It also laid bare the limits of “serious” democracy, when the process was annulled due to the French and Dutch negative results. That campaign between the antimilitarist forces of the civil society and the parties who had honestly been against the entry into NATO, coordinated by Antonio Gala, restructured the Spanish left. Even more important for me is the fact that it was probably the last chapter of the Spanish Transition. Many people felt the same way and that frustration was channelled into more international solidarity, acting as some sort of outlet that would allow those implied to continue their work and transformation where there was a possibility of change.

Why don’t we have a completely different foreign policy? Why don’t we prove that we have new ideas and that we know how to make them realities?

So what’s all this about, apart from the anniversary? Thirty years later there are some who believe in creating a new country, changing the future, building a new present, whatever you prefer. Having or not having an army in a hypothetical Catalan state is just one of the factors discussed in the pro-independence movement, proving that this debate is very much connected to the things that form the pattern of a country. Let’s see. A friend of mine from ERC (Republican Left of Catalonia) admitted that it wasn’t an easy issue, it wasn’t simply all or nothing: “Wouldn’t it be hypocritical letting the other countries take care of the defence of a common ground? And wouldn’t it be absurd to pay them to defend us just so we’re able to say that we don’t have an army?”

Catalonia tries to project itself to the world through a law (considered unconstitutional by the Spanish Courts) that gives it a growing diplomatic force, albeit one with more hopes than power at this moment in time. I believe, and this worries me deeply, that this movement ignores all those who were against the regime of the Spanish Transition, who condemned the status quo established after the March 1986 referendum and who boosted the files of those who, even before the dictator’s death, were already working in an international dimension, with very different forms and goals to the rigid embassies Catalonia is trying to build. They prefer to have their photos taken with media-friendly Catalans and to ask for the support of the economic immigration, wherever it may be, in their free time, before giving support to the civil society around the world. Catalans around the world! Help us to build the Catalonia Brand! Help to sell our fuets (dried sausages) and figurines of the Sagrada Familia! A few months ago, I was talking to the man who used to be in charge of the Catalan Agency to Promote Development, who, in the name of patriotism was rallying the NGOs to defend Catalonia’s good name. “If Catalonia manages to have the same kind of reputation that Nordic countries have in foreign politics, their defence of human rights, justice or peace, I will immediately become a patriot”, I told him, with some bravado.

Why don’t we do a radically different foreign policy? Why don’t we have delegations of peace, with the same status and budget of the commercial delegations? Why don’t we explain our haste n burning all weapons, of any calibre, right now, without even considering what’s happening now in our home country? Why don’t we demonstrate that we are the ones who have new ideas and know have to turn them into a reality, with 10% of the resources, gaining the stability and security that all the armies in the world are incapable of guaranteeing? The truth is that we are only able to act in the same way as the rest of the countries, that there is nothing new in the Catalan foreign blueprint. Maybe it’s the lesson that González told us only too well: that in these matter it’s better no to experiment or ask too many questions. Or maybe it’s simply a question of the route of our (national) transition leaving things in a different but effectively identical situation as the one we have now? Do we need another country in the international board who scramble for a place in the UN’s Security Council in New York and who will then refuse to accept 1,500 annual refugees from all the wars tearing apart the African continent?

And it’s not only about economic resources. One cannot give what one does not have. It is simply having the will to do it and to push in the right direction. There is a network of Catalan town councils who, with their obviously reduced capabilities, works for “Cities Building Peace”. Can you imagine the force that a whole country, not only Granollers or Sant Boi, was a Peacebuilder?

After thirty years, we have the same questions and challenges, three decades later common sense can again vote No, that this is not the answer. Maybe just by having a state deliberately and declaredly involved in the peace processes around the world, starting in the Mediterranean, would it be worth seeing this new state born? Are we ready for a bold statement?