The Tunisian Experience in Transitional Justice 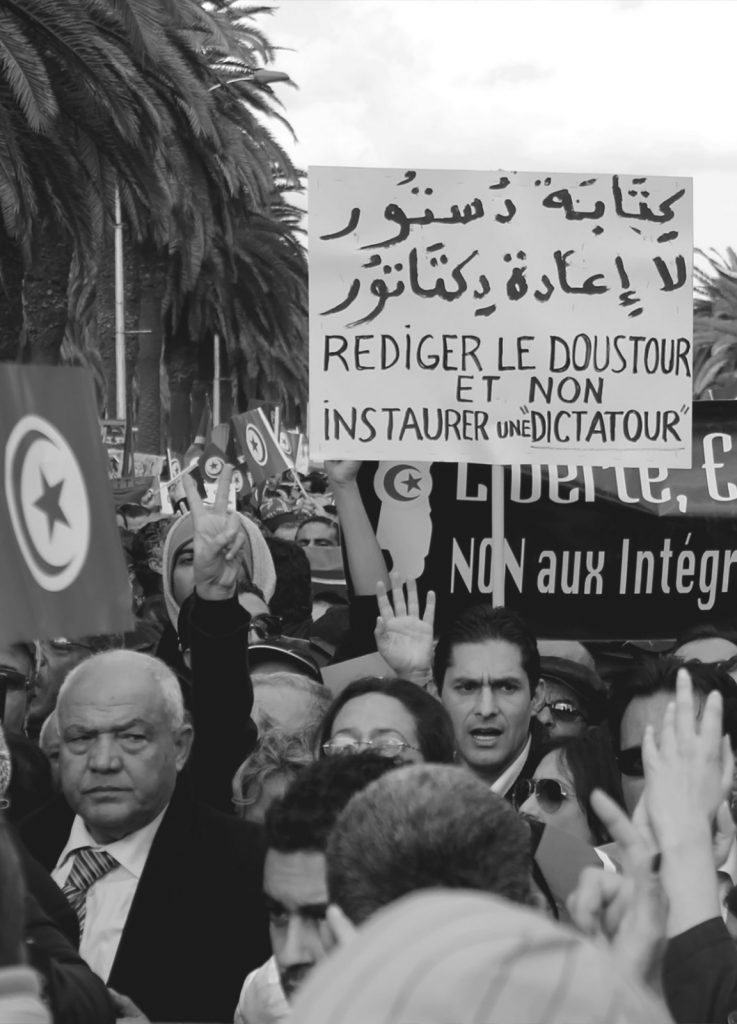 One of the priorities of the first democratically elected government in Tunisia after the Revolution of 2011 was to carry out a process of transitional justice. This was one of the main demands of a highly mobilized civil society in the months that followed the uprising. During the first two years, the government made discretionary gestures in this area while Parliament, in talks with civil society, discussed the creation of a Truth Commission in order to provide the process with a coherent and transparent framework. Thus, through an organic law promulgated at the end of 2013, the Truth and Dignity Commission (TDC) was created. The law conferred an ambitious mandate and extensive powers on the TDC, guaranteed by the country’s first democratic Constitution: to investigate abuses committed by the state between 1955 and 2013 in order to reconstitute the country’s historical memory, to compensate victims, and to hold accountable those responsible for such abuses.

For this difficult task, Parliament granted the TDC a four-year period, extendable to five, and promised to provide the necessary budget. From then until June 2016, the deadline for submission of dossiers, the institution received more than 62,000 in the 45 offices that it has around the country. Of these thousands of petitions, approximately eight percent have been dismissed after it was considered that they did not meet the requirements of the law. Almost 6,000 were presented by organizations, such as political parties, trade unions and regions that consider they were victims of systematic persecution, either by the regime of independence leader Habib Bourguiba, who governed between 1956 and 1987, or that of Ben Ali.

“Our philosophy falls within the framework of transitional justice.  In other words, the main objective is not to jail offenders, but to achieve reconciliation throughout society.  The country must confront and know its past so that it won’t repeat it,” says Sihem Bensedrine, a Tunisian journalist and historical human rights activist who was living in exile in Barcelona when the Revolution broke out in the cradle of the so-called Arab Spring. “We do not want to scapegoat the persecutor; we want to go up the chain of command and dismantle the repressive system,” adds Bensedrine, sitting in her office in a new building in the center of the capital. Tunisia is the only country shaken by the revolts of 2011 that has been able to conclude its transition, and therefore the only one where it has been possible to launch a real process of transitional justice.

“The main objective is not to jail offenders, but to achieve reconciliation throughout society.  The country must confront and know its past so that it won’t repeat it”

According to the established system, once the victim has filled out and submitted a form, a committee evaluates the abuses reported to see if they correspond to the period and nature of the crimes included in the mandate of the TDC. This is followed by a hearing that usually lasts several hours, in which the victim explains the case in detail in the presence of a psychologist. Then a committee investigates the facts and tries to identify the offender. Cases of corruption are dealt with by an arbitration committee. In the most serious cases of human rights violations, if the TDC lawyers –who have the status of public prosecutors– believe they have sufficient evidence, they can initiate criminal proceedings and transfer the case to a special court operating under the principles of transitional justice. For example, prison is reserved only for cases of crimes against humanity, while alternative sentences may include the loss of employment as a civil servant or disqualification to hold public office. Unlike the Truth Commission in South Africa, there are no fixed rules that allow perpetrators to avoid jail in exchange for revealing the truth. However, according to the statutes of the Commission, their cooperation will result in a lighter sentence. The perpetrators themselves may submit a dossier to the TDC, which results in the suspension and subsequent filing of any cases pending before ordinary justice. In fact, there are dozens who have done so, especially in corruption cases.

“We have a group of judges working in the special chambers added to the ordinary legal system who have received specific training abroad in transitional justice and who never participated in political legal cases during the dictatorship,” says Bensedrine, convinced of the commitment of these judges with the principles of her institution. It is a question of not repeating what has happened to many victims who, in the last five years, have seen how the courts have shelved their complaints, declaring themselves unable to find the perpetrators of the abuses, even though sometimes the victims have provided sufficient evidence to identify them.

While those responsible for the TDC maintain that every transitional process is unique and corresponds to a particular local context, they have kept previous experiences in mind. “We have closely studied the experiences of the 42 truth commissions created in other countries to avoid repeating the same mistakes,” said Bensedrine, citing the example of South Africa, where the televised broadcast of all the hearings led to a process of retraumatization of some of the victims and subsequent suicides. In Poland, for example, since there was no ad hoc judicial system, recycled judges of the dictatorship shelved many of the investigations conducted by the truth commission.

In addition to extracting lessons and correcting defects, the Tunisian model has contributed two innovations to the doctrine of transitional justice: it has included the possibility of presenting collective complaints, not just individual ones; and it has created a mechanism to penalize corruption cases which take place within the institution. Specifically, about a quarter of the dossiers submitted relate to violations of economic and social rights, while the rest relate to human rights violations. With more than 10,000 cases, torture is the most reported offense. Among the most serious offenses, 603 intentional homicides and 355 rapes have been reported. In fact, sexual violence was a common weapon used against opponents of the dictatorship, and the real figure could be much higher since many victims fail to report this type of violence due to the stigma attached to it.

The Commission has a fund for the compensation of victims or to finance treatments to mitigate the effects of torture, but it also coordinates with other ministries, such as the Ministry of Social Security, for cases that merit monthly pensions. Although monetary reparations are vital for victims to rebuild their lives, they are often not their main demand. Numerous petitioners particularly demand moral reparation, such as the annulment of unjust convictions or the naming of a street or school after the victimized individual or group.

“First of all, we want to know the truth.  There are people with relatives that have been missing for years or decades who still don’t know where they are, and simply want to bury them. What our family wants is the annulment of the conviction against my brother.  In other words, moral reparation and an official rectification by the State,” declared Laila Yahyahoui. Her brother Zouhair, a pro-democracy activist and blogger, died in 2005 as a result of the abuse suffered during years in prison. Among those politically persecuted, there are members of all of the country’s political organizations –socialists, trade unionists, communists and Islamists– but also many citizens with no political affiliation.

Since its establishment, the Commission has been a victim of the political parties’ politicization

One month before the sixth anniversary of the Revolution, one of the most symbolic moments of the beginning of the Commission’s work took place: the holding of the first public hearing, in which victims of the dictatorship recounted their painful stories live before the cameras of the national public television station.  The venue chosen for the event also carried a strong emotional charge: “Club Elyssa,” a luxurious villa owned by Ben Ali’s hated wife, where the former president used to hold lavish receptions. “The selection of victims has been based on several different criteria. The main one is to strike a balance among all the persecuted political organizations, as well as among geographical regions, gender and the different time periods covered. We also have to take into account people’s psychological strength,” says TDC spokesman Seif Soudani, who adds that a team of psychologists attends the hearings to assist the victims. Indeed, to avoid the risk of retraumatization of the victims, as often happened in South Africa, only a representative sample will present their testimony publicly.  According to Commission officials a public hearing is expected to be held every month this year, each one dedicated to a different topic.

With a little over a year remaining until the end of the TDC’s mandate, it is still unclear whether or not it will be able to meet the ambitious objectives that were set. Since its establishment, the Commission has been a victim of the politicization of the political parties, as well as the disappointment of a part of society with the democratic transition. In fact, several public figures linked to the Ben Ali dictatorship are members of the current ruling party, Nida Tunis, winner of the second elections in 2014, and the party has tried to obstruct the process. In addition, there are state institutions –mainly the Interior Ministry– that are not cooperating with the investigations, hindering the identification of perpetrators, and therefore, the exercise of justice. For this reason, the TDC runs the risk of ending up as little more than a compilation of abuses during six decades of dictatorship, without accountability of those responsible, and therefore without achieving genuine national reconciliation.