Islamic State and the Kurds, new heavyweight players in the Middle East 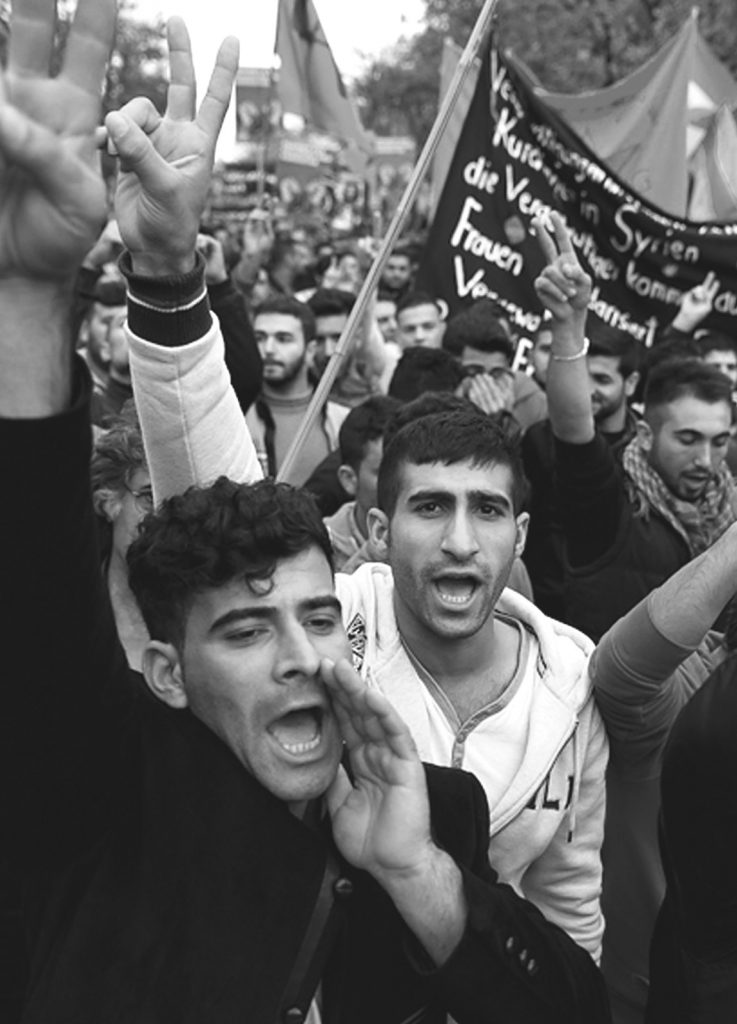 Summary executions, slavery of women, religious and ethnic cleansing… the list of crimes against humanity committed by the terrorist organization Islamic State (IS) is typical of bygone days, of conflicts very distant in time. With the 100th anniversary of the start of the Armenian genocide and the 20th anniversary of the end of the war in Bosnia, the emergence of a regional actor with the moral and ethical principles and the methods used by IS is undoubtedly another failure for humankind. Still in a state of shock, the international community and the culture of peace movement must find our bearings once again and look for alternatives to the, thus far, ineffective military strategy.

Islamic State was born of the expression that violence breeds more violence. The military invasion of Iraq in 2003 by an international coalition led by the United States forced a regime change in Baghdad with the consequent marginalization of the Sunni community and the implementation of systematic torture in prisons like Abu Ghraib. This situation has brought about the ideal conditions necessary for the emergence of armed radical groups armed to the teeth with reasons to legitimise their operation as the new territorial leaders among specific sectors of the population who are disappointed with, and feel abandoned by the Iraqi state.

Chaos and anarchy, mainly resulting from the war in Syria, have allowed IS to grow in strength, extend their domains and gain a share of power to become one of the key players in the region. The Syrian regime and the rebels have blood on their hands having committed crimes against humanity, but they also share a willingness to negotiate and to find a solution that will bring an end to the conflict. Despite the failure of the two rounds of talks held in Geneva, both sides have political interlocutors who have put specific demands on the table and have achieved some local truces. The fact that the Islamic State has no interlocutors with whom to negotiate is the main differentiating factor with other current conflicts such as Ukraine and Colombia, where despite the confrontations, there is a willingness to negotiate. .

Chaos and anarchy have allowed IS to grow in strength, extend their domains and gain a share of power to become one of the key players in the region

While there is no possibility of bringing Islamic State to the negotiating table, and bearing in mind that military action only makes the conflict worse, what is needed is a strategy that allows them to deactivate gradually. Firstly, Sunni discontent must be appeased through forming a government in Baghdad that is inclusive of minorities. Secondly, joint efforts are required to cut financing channels of IS, extreme border surveillance to stop the arrival of jihadist fighters and increase the control over social networks used as an instrument of propaganda and recruitment. Moreover, it is necessary to improve relations with the Islamic communities living in non-Muslim countries to address social exclusion; the principal factor responsible for pushing many young people into joining SI and favouring the appointment of Imams who promote a message to counter radical Islam teachings in mosques.

In the context of a much troubled Middle East, another actor marginalised and forgotten by the international community since the end of World War I has also reappeared with greater strength than ever: the Kurds. The Sykes Picot Agreement of 1916 and the Treaty of Lausanne in 1923 dashed all aspirations of fulfilling the promise of a Kurdish state by the colonial powers and forced this thousand year old Mesopotamian people to live divided amongst territories that would become the states of Turkey, Iran, Armenia, Syria and Iraq. Subjected to the yoke of theocratic regimes, and supposedly secular democracies, the Kurds have yet to have their linguistic or rights of identity even recognised.

The last chapter of this ignorance towards the Kurds took place in January 2014 during the Geneva II peace talks. Only the Syrian regime and the opposition were seated at the table, while Syria’s leading political force had not been invited. Since the beginning of the war in Syria, Syrian Kurds, which number around 2.5 million in total, have adopted a defensive attitude and have tried to remain uninvolved in the struggle between the government of Bashar al -Assad and the Syrian opposition. While the government of the Syrian Arab Republic has maintained an assimilating and repressive attitude towards the Kurds in recent decades, the opposition has a distinctly Arab and Islamist agenda that ignores the integration of ethnic, linguistic and religious minorities.

The international community cannot repeat past mistakes or ignore them. There will be no peace in the Middle East without resolving the Kurdish question

Since July 2012, the Kurdish people have been operating self-government outside of Damascus and the Syrian opposition. Taking the war situation into account, this administration has created a strong executive force, teaching Kurdish in schools, ensuring the rights of women and minorities and creating certain state structures such as an army and a police force. This administration’s guarantor is a Constitution that has declared that the official languages are Kurdish, Arabic and Aramaic, spoken by Assyrian Christians. To maintain harmony and avoid ethnic and religious conflicts, the self-governing Kurds have established electoral quotas for the different nationalities and religions and equal representation of men and women in the administration. Moreover, the Syrian Kurdish government has the obligation to guarantee political pluralism and avoid becoming a one-party project.

The emergence of the Islamic State and its fixation on ethnic and religious minorities, especially the offensive in the Kurdish city of Kobane has situated the Kurds as a key player in both the Syrian and Iraqi conflicts. Kurdish commitment to peace has been stated time and again throughout these past months. Moreover, the Kurds are the only faction that has allowed access to organizations like Amnesty International, Human Rights Watch and several other diplomatic delegations into the territories under its control. These NGOs have denounced the repression of the main political party in Syria towards its political opponents and the use of child soldiers to fight. In this regard, the Syrian Kurd self-government admitted its mistakes and has tried to address the situation by signing a commitment with the NGO Geneva Call. Witnessing the increasingly decisive role of the Kurdish people, the international community cannot repeat past mistakes and must avoid them. There will be no peace in the Middle East without resolving the Kurdish question.