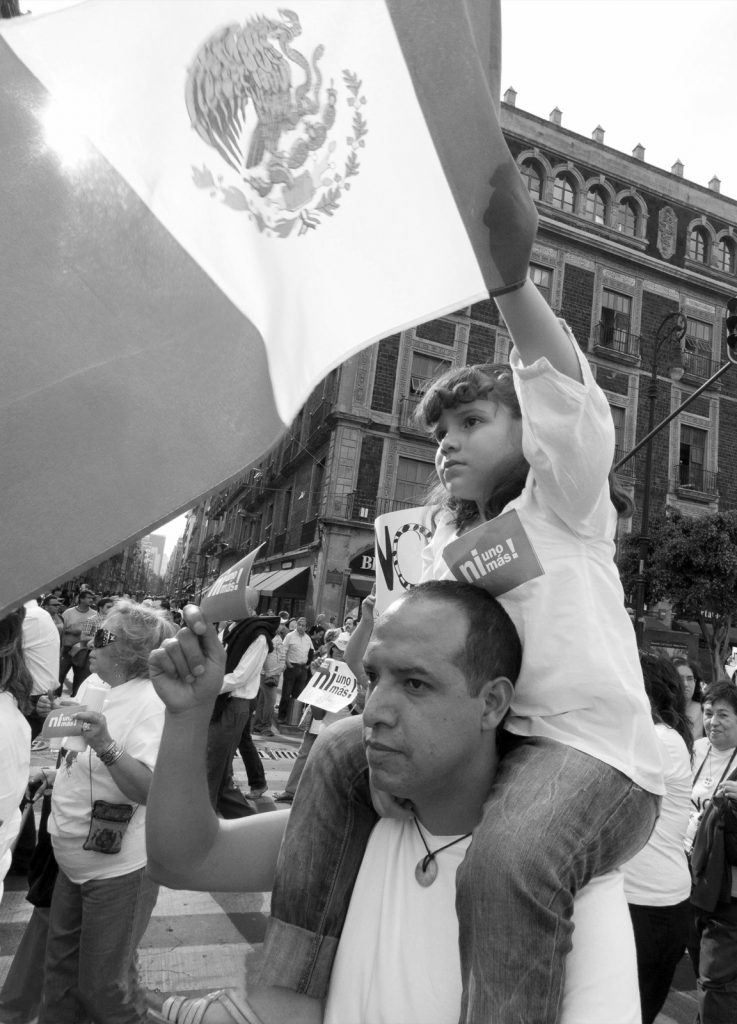 Several countries in Latin America are currently experiencing high and intense levels of violence despite the fact that they are not undergoing (or are no longer undergoing) armed conflict in the classical sense of the expression. With their local idiosyncrasies, it is usually a violence that combines poverty and exclusion with high levels of aggression, threats against life and physical integrity and an accumulation of human rights violations. Thus the development of a dignified life project – both on an individual and a collective level – becomes increasingly difficult or impossible. Behind this violence there are public, private, local and international actors, whose actions are facilitated by a climate of impunity and corruption. The consequences of neoliberal economic policies and a deep-rooted sexist culture are also factors that contribute to this situation of violence.

As an institution dedicated to the promotion and building of peace, we at ICIP consider that it is necessary to deepen the analysis of these multidimensional or plural situations of violence and of the strategies to reverse them. Public prevention policies must be monitored and this must be done from a pacifist and feminist perspective, i.e. by putting life, care, human dignity, coexistence, equal opportunities and non-discrimination at the center. We also believe it is necessary to give visibility to and to value social mechanisms of resilience, as well as the courageous citizen initiatives of peaceful resistance to the factors of violence, the struggle for human rights, and the defense of territory and social fabric in these complex and dangerous contexts.

Mexico is one of the most paradigmatic of the countries affected by violence. The figures are alarming: according to official data, 33,753 people were murdered in Mexico in 2018. That is more deaths than those caused by warfare in countries like Yemen or Afghanistan 1. More deaths than the total amount of deaths in terrorist attacks worldwide 2. And to the number of victims of intentional homicide one must add the more than 40,000 enforced disappearances as well as an enormous range of other human rights violations. The overlap of common crime, organized crime, corruption, impunity and abuses by the security forces fuels the suffocating situation of insecurity in many areas of the country.

The figures are alarming: 33,753 people were murdered in Mexico in 2018. More deaths than those caused by warfare in countries like Yemen or Afghanistan

Other Latin American countries have rates of violence that are equal to or even higher than those in many parts of Mexico. However, in Mexico there are a series of factors conducive to social, political and cultural responses that surpass policies based on securitization.

The change in political discourse is one of them. Indeed, President Andrés Manuel López Obrador, elected a little over a year ago, distanced himself from the belligerent line of his predecessors in his electoral campaign and referred, albeit confusingly and perhaps precipitously, to transitional justice measures. At the beginning of his term, in January 2019, he said that the war on drug trafficking was over. Although this has not yet resulted in a reduction in the levels of violence or a decisive commitment to the demilitarization of public security, an evolution towards a paradigm that is more favorable to social welfare can be perceived.

Another fundamental transformative potential that Mexico has is the great capacity to mobilize and advocate of a restless and vibrant civil society and a highly qualified, critical academia. Human rights organizations, communities affected by violence and many academic institutions continue working on and producing sustainable proposals for peacebuilding, with the understanding that peacebuilding is not simply a matter of security.

This publication has been prepared within the framework of the First International Forum for Peacebuilding in Mexico, which will take place on 25-27 September in Barcelona

The peacebuilding alternatives developed in Mexico can be a great inspiration to create these new instruments and strategies in many other parts of the world. To face the challenge of this violence, diagnoses are needed that address the complexity of these dynamics and the responsibilities of the various actors involved. New instruments and strategies are needed to transform these “new” conflicts that go beyond a pacification based on the imposition of armed security. Peace cannot be imposed by coercion, threats and the use of force.

This publication has been prepared within the framework of the First International Forum for Peacebuilding in Mexico, which will take place on 25-27 September 2019 in Barcelona. This is an activity jointly organized by Serapaz, Taula per Mèxic and ICIP with the aim of giving visibility, analyzing and discussing the opportunities and efforts that exist today in Mexico to reduce the rates of violence, create conditions that lead to progress in healthy coexistence and strengthen a culture of peace. The texts presented here are intended to provide points for debate.

In the introductory article, Alberto Solís, director of the NGO Serapaz, takes a critical look at the first months of President López Obrador’s term, highlighting certain opportunities for social transformation as well as the significant and persistent shortcomings that impede real change. According to the author, more than peacekeeping measures based on order and security, what the country needs is a comprehensive peacebuilding strategy.

Some of the most innovative proposals compared to the policies of previous governments have to do with the introduction of concepts of transitional justice. But how should we understand transitional justice in a context like Mexico’s? Where is the country going and where is it coming from? Which of the many mechanisms that transitional justice has to offer would be applicable? And what mistakes that generate false expectations or distort the meaning of justice should be avoided? Cristián Correa, of the International Center for Transitional Justice, offers us good ideas on the subject.

Next we propose three articles dedicated to groups that are not only particularly affected by violence, but are also key actors in the denunciation and prevention of violence and the formulation of peaceful transformative proposals: women, youth and indigenous peoples and communities.

In the first one, the researcher and representative of Taula per Mèxic, Sonia Herrera, reminds us that in addition to focusing on the experience of women facing conflict and violence, these women must be included in the design and implementation of measures against violence in accordance with the spirit of Resolution 1325 of the United Nations Security Council. She also stresses that it is necessary “to rethink the very concept of security as a whole, putting life and the ethics of care at the center, from the backlands and the borders, and from the perspective of non-hegemonic feminisms.”

Then Alicia Reynoso, psychologist and student activist, explains how Mexican youth have gone from a certain political indifference to becoming very concerned about the situation of extreme violence that the country is experiencing. She adds that they have begun organizing – at universities and other places – to create spaces of resistance and transformation. In this sense, social networks have proved essential to increasing awareness, outrage and mobilization.

Our recognition to all the human rights and environmental advocates, community leaders and journalists who put their lives in danger so that today we can propose paths for the building of a just and durable peace in Mexico

Francisco López Bárcenas, renowned professor, researcher and advisor to indigenous communities, explains in the ensuing article how the situation of violence affects these populations, which also have to face the impact of an extractivist economic model that endangers the environment in their territories and distorts social relations in their communities. In the face of these adversities, indigenous groups have been able to develop peaceful actions of resistance and defense of Mother Earth.

In this monograph we also wanted to refer to migrants, who are harshly persecuted and criminalized in Mexico, especially as a result of the pressure being exerted by the current US administration and the rising xenophobia in this and other regions of the world. In contrast and as an educational experience, we must highlight the incredible solidarity with migrants shown by many Mexicans in response to the hostile conditions that these people face when trying to reach the US border. We have also found it interesting to include Pietro Ameglio’s view of the caravans that are formed with this objective. This Latin American leader in nonviolent civil resistance presents these marches as nonviolent collective actions of protest.

For the last article we asked Gloria Abarca, PhD in Peace, Conflict and Development Studies and a primary and secondary school teacher, to explain how the culture of peace is also a tool for social transformation in Mexico. In this sense, peace education actions prove to be absolutely necessary despite all the challenges they entail in contexts so drastically marked by violence. The author delves into the issue through concrete examples of training in peace education in which she herself has played an active role.

It is a pleasure to include in the present issue of the journal Peace in Progress an interview with Nashieli Ramírez, president of the Human Rights Commission of Mexico City and a long-standing human rights activist. She draws our attention to how violence specifically affects children and adolescents, a particularly vulnerable group that requires more visibility and specific protection measures. We also had the opportunity to talk with her about actions carried out by several Mexican institutions aimed at moving forward on the road to building peace.

Finally, in this monograph you will find a brief recommendation of resources that we have considered of interest in order to delve a little deeper into the issues addressed in the various articles. The amount of materials (including books, reports, documentaries, analyses, artwork, webpages, etc.) that exist on the situation of violence in Mexico is such that we have not been able to include them all. The fact that they do not appear in this modest compilation does not mean that we do not appreciate their quality and usefulness.

From ICIP we would like to sincerely thank all the authors and other people who, with their ideas, advice, editing, translations, revisions and layout, have made this publication possible. We would also like to express our recognition to all the human rights and environmental advocates, community leaders and journalists who put their lives in danger so that today we can propose paths for the building of a just and durable peace in Mexico.