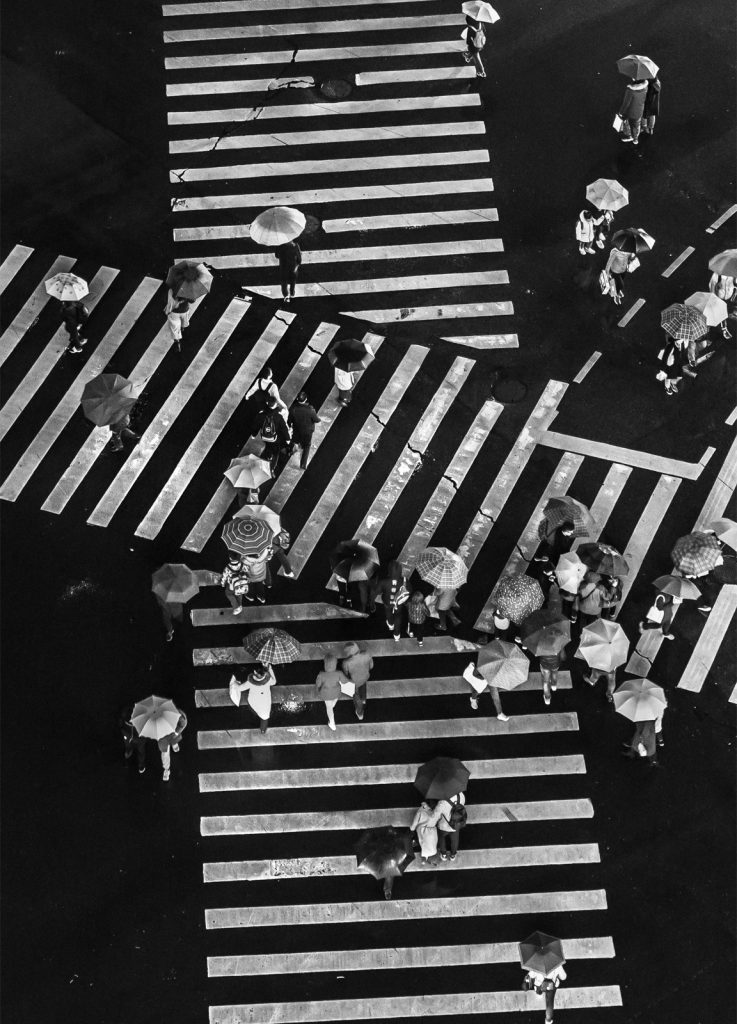 Self-determination disputes often involve a portion of the country where an ethno-national minority seeks secession of the territory in which they are concentrated, from the central state. Secession is usually fiercely resisted by the central state and by supporters of the ‘unity’ of the country. Beneath self-determination claims lies a feeling that the central state does not serve the interests of all its parts and peoples equally in good faith on one hand; and on the other, a concern that minority groups are not really loyal to the state and seek its complete destruction and disintegration. In other words, beneath self-determination disputes lies radical disagreement over the legitimacy of the state, its nature, who it belongs to, its commitment to equality, and whether the state is capable of reforming to include all groups equally.

Disagreement is typically most radical within the would-be secessionist region, because people living there have more at stake than elsewhere in the country. No region is homogenous, and so while some of the population will strongly seek secession as a way of protecting their rights, those who risk becoming a minority in any new state (who may be in a majority in the existing state as a whole), may fear that any new state will deny their rights. The disagreement is sometimes presented as one group saying to another ‘why should I be a minority in your state, when you can be a minority in mine’?

Self-determination disputes are difficult to resolve because there is no way to reconcile a desire for secession with a desire to preserve the state’s unity. This is why the disagreement is ‘radical’: there is no way to ‘square the circle’. Or is there? If we look beneath each party’s position relating to statehood, can the underlying interests motivating those positions be accommodated?

Theoretically, it would seem that someone should not mind being a minority in another person’s state, if their identity and political aspirations are irrelevant to how they are treated? Indeed, if we look back in time, many self-determination disputes begin more about equality than secession. In Northern Ireland, although aspirations for United Ireland had been present from the 1920 partition, the phase of the conflict that began in the late 1960s and ended with the Good Friday/Belfast Agreement was preceded by civil rights campaigns against high levels of multiple forms of discrimination against the Catholic minority in Northern Ireland. It was only as these protests were shut down violently or progress was slow, that the more structural violence settled in framed around whether Northern Ireland would remain with the UK, or move to be part of a United Ireland. Similarly, in Sri Lanka, the LTTE conflict over secession only built slowly as Singalese nationalist politicians stripped out the Tamil minority rights protections of the post-independence political settlement, and put in place a majority-oriented constitution based on a Singhalese national vision.

How then do people resolve these self-determination claims in the most contested and conflict-riven situations? Four inter-related elements are often key.

Increased decentralisation. To resolve violent conflict, states often have to reconcile their concept of ‘unity’ with a large level of de-centralisation, and deliver a strong form of self-government to the country. In Scotland, the rise of Scottish Nationalism was met repeatedly with devolution of power; in Spain, autonomy was a key response to the Basque conflict, but then had a broader appeal. In Sri Lanka, agreement has never been fully reached, but all serious proposals to address the conflict with the Tamils have involved devolution of power to the North and the East. In Bougainville, Papua New Guinea, a secessionist dispute was addressed by creating a strong form of autonomy. There are countless more examples. Decentralisation attempts to square the secessionist-unity circle by delivering the self-government while preserving the formal unity and sovereignty of the state. Unionists often argue that decentralisation is part of the problem, rather than the solution. However, often it is only decentralisation which can provide sufficient political accommodation to stabilise the state as unitary.

Creating a plurinational state requires creative language which recognises that the claim of national minorities is not just to equality within the state, but to a different state and concept of the ‘national’ entirely

A new pluri-national vision. States often have to go further and meet the symbolic claim to statehood of ethno-national minorities with a promise of a more ‘plurinational’ vision of the state which does not accommodate only one national identity, but several. Re-creating the state as pluri-national involves re-working the political settlement at its heart to be more inclusive of national minorities. It involves having political and legal institutions which are committed to honouring this vision of the state. Creating a plurinational state requires creative language which recognises that the claim of national minorities is not just to equality within the state, but to a different state and concept of the ‘national’ entirely. In Scotland, following the 2014 referendum, the devolution framework was revised to affirm the ‘sovereignty’ of the Scottish Parliament; while the Spanish post transition constitution talked in Section 2, of the unity of the country, but also of the recognition of regions and nationalities. In Northern Ireland, where there had been violent conflict, the Belfast Agreement affirmed aspiration to United Ireland and Union within the UK as ‘equally legitimate’, and created a form of bi-nationalism in rights to be Irish or British or both.

Radical group and individual equality. To settle self-determination disputes states often provide a more radical equality and take claims of discrimination and domination more seriously. So instead of just ‘equality within the law’, often measures are introduced which provide for stronger affirmation of group rights to political participation and to equal protection of cultural or religious rights. Equality rights become tied up with the idea of pluri-nationalism, in that group rights such as to religion, culture or even self-determination are often provided for. Robust rights, and commitments to equal distribution of socio-economic resources, and regional development are often also included as important.

Unsettlement. More controversially perhaps, states often deal with radical disagreement by leaving an ‘open texture’ to any settlement. They find ways to leave the whole business of symbolically defining the state and ‘the national’, as somewhat unsettled. If people are told that the nature of the state is not settled for all time, but can be periodically revisited, the stakes are considerably lowered for any one moment in time. So providing for referendums on secession in the future, as in Northern Ireland or Bougainville, Papua New Guinea; or leaving open the possibility for increased devolution of powers over time; or periodic review of the arrangements; can be very important to enabling everyone to live with the compromise in the moment. Again, however this requires those who believe in the state’s current formation to move to understand that the instability created by leaving the issue open creates a better form of ‘flexible’ stability. The central state is made stronger by acknowledging that it cannot always take its own existence for granted, but is always dependent on the consent of the diverse groups and political opinions of the people within it. It requires people to understand the state not as a political settlement for all time, but as a set of processes in which people can continue to work out their disagreements peacefully.

Once a claim to equality within the state has been pushed to a claim for fully-blown secession, it can be very difficult to diffuse it with a promise of better equality

These are not of course the only outcomes to self-determination disputes – other outcomes such as preserving the status quo of an existing state through a level of coercion and denial of other aspirations is possible, although often leads to some level of violent conflict. Conversely, some sub-state regions do achieve statehood –although not often, and usually not without high violence along the way. But even these two extreme outcomes do not necessarily resolve the conflict –they are forms of winner-takes-all solutions that tend to perpetuate new cycles of resentment and conflict.

For negotiated solutions the difficult question is –how do the parties to a self-determination dispute get to this type of compromise? Quite often the zone of compromise is quite easy to see. The more difficult question is how to get everyone to agree, particularly if ‘winning’ still seems a viable option. How do parties agree to compromise? Slowly and with much difficulty. History from many contexts teaches that it is harder to put the self-determination genie in the bottle than it is to not let it out in the first place. It can be much harder for the parties to compromise after years of violence fought over ‘statehood’. Once a claim to equality within the state has been pushed to a claim for fully-blown secession, it can be very difficult to diffuse it with a promise of better equality, even where that might have stopped the claim escalating in the first place.

There are no easy answers beyond working hard to achieve a creative, new, more inclusive political settlement, paying attention not just to substance, but to the importance of the symbolism of who the state ‘belongs’ to. Each side must try to create a language that enables new trust in state institutions, which can ground the building of horizontal civic trust between divided peoples. The state’s legal institutions must recognise that neither side should be allowed to ‘default’ into their exclusivist vision of the state because this would unravel the commitments to a pluri-national vision of the state, as a project of never-ending building of agreement to some common project of political community.

ABOUT THE AUTHOR
Christine Bell is Professor of Constitutional Law and Assistant Principal (Global Justice), University of Edinburgh. She is a Fellow of the Royal Society of Edinburgh and of the British Academy and Director of the Political Settlements Research Programme. Her research interests lie in the interface between constitutional and international law, gender and conflict, and legal theory, with a particular interest in peace processes and their agreements.