Laboratories for the social construction of memory in the Basque Country 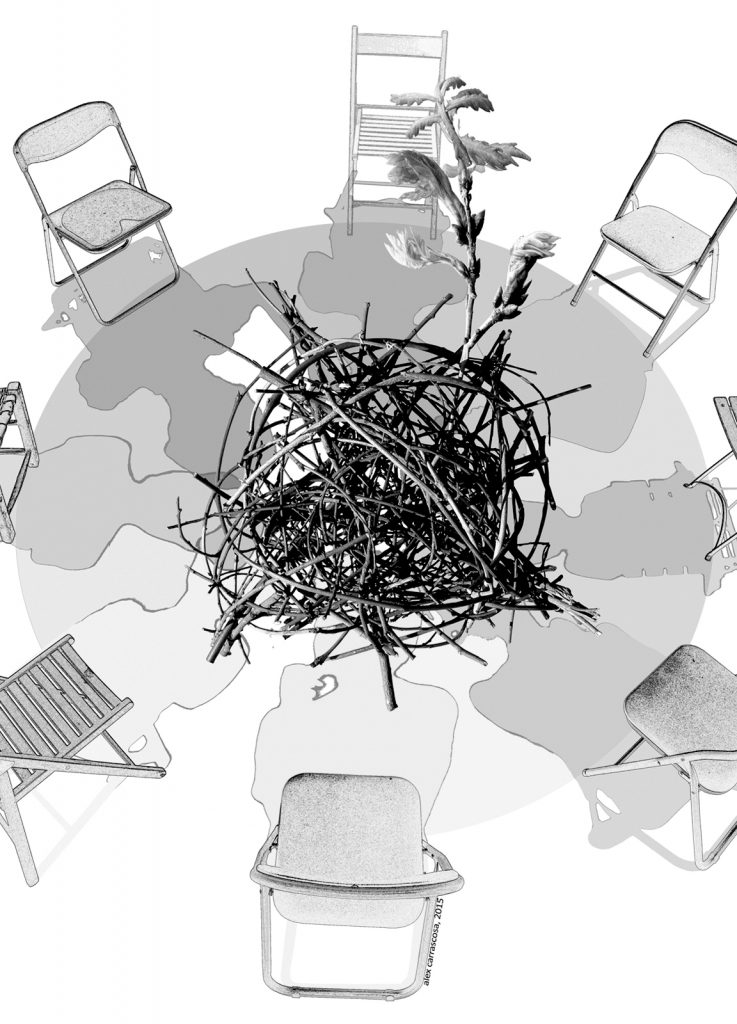 The MemoriaLab program, which emerged in 2013 inspired by initiatives such as Glencree 1, Bakeaz Blai 2 and BatzART! 3, a year and a half after the definitive cessation of armed activity by ETA, is a project in which civil society participate in the social construction of memory in the Basque Country. Within this context and after decades of terrorism and violence in the Basque Country, a previously unknown scenario has developed. This new social and political reality establishes a favourable atmosphere for fostering the celebration of encounters between members of civil society, where participants can share their testimonies regarding the impact politically motivated violence and disruptions to social harmony (lack of empathy, breakdown in social relations, fear and silence) has had on Basque society during decades, the last forty years of which took place during a period of democracy.

The origins of MemoriaLab were inspired by three organizations with a proven track-record in the culture of peace and human rights: Gernika Peace Museum Foundation; Bakeola. Fundación EDE; and Gernika Gogoratuz, Peace Research Centre. Funding was providing by organizing bodies, the Town Councils of Gernika-Lumo and Abanto-Zierbana, and the director of Victims and Human Rights of the General Secretary for Peace and Coexistence of the Basque Regional Government.

The project got underway with an encounter in which 28 participants from different backgrounds, ages and population environments came together. The organisers chose a venue in a rural setting for the event, in an effort to encourage personal and collective reflection, suited for hosting transformational dialogue on the effects of violence and the traumatic ordeal endured by Basque society, managing historic loyalties and resentments, resistance to self-criticism, the frenzy in the face of what comes out of the social healing processes, the depth of human dignity and the complexity of human rights as an ethical framework for a renewed coexistence.

From the outset, the Memorialab initiative was designed in collaboration with two specialists 4 with international experience in facilitating processes of change and social transformation in post-conflict settings, who coordinate and foster the environment for the gatherings. Individuals associated with the organising bodies and external collaborators also take part in the event. To date, there have been five encounters in Bizkaia and the initiative has also been hosted and evaluated in a range of academic and social settings 5.

The program was conceived to be approached from the perspective of a social laboratory held in a safe environment in the form of a retreat and, to utilize memory of the conflict and violence as transformational and generative material. The purpose for this being two-fold: to promote the social construction of memory and, to foster social relations based on nonviolent coexistence and respect for the pluralism of civil society sustained through democratic dialogue. Participants in the group share their life experience to consolidate feeling and thought. To achieve this goal, the program seeks to combine appreciative proposals that foster cognitive dialogue with bodily rooted learning.

As a constituent element, the announcement for each encounter aims to bring together a microcosm of Basque society to reflect the plural nature of the initiative. There are two different formats used; a one-day retreat in an urban setting or a two-day retreat at a rural location, both of which combine two methodological premises: the paradigm of Process Work for conflict transformation and the Theory U process for managing change. The investigation deals with three periods and responds to three questions:

1) What happened? Analysing our past from the perspective of conflictive events.

2) What have we learned? Synthesis of the group’s developing knowledge and, in this way, moving from the past to the present.

3) What can we do? Integrating experience and looking to future initiatives.

This proposal of cyclical or circular time enables us to transform our relationship with past events (unchangeable in themselves), into the present, with regard to visualising a shared future free from violence. The circle seating arrangement facilitates the atmosphere of an educational space through listening to the testimonies shared and the three questions explored are approached from diverse methodological points of view: symbolic expression, body language and, artistic work. The combination of these three elements allows participants to express the complexity of the inexpressible through words, within the framework of “social healing in the age of the unspeakable” 6.

The following initial approaches are a significant representation of methodological input which favour social processes of memory:

– Culture of dialogue to temporarily experience other fragmented truths in the complex reality. Integrated languages which combine linguistic, corporal and artistic expression (voiced, sculptural). Silence and emptiness as space for creative activity.

– Symbolic universe that encourages critical questioning of belief systems. The meaning and cycle of memory which moves from lineal and measureless time to circular, relational and comprehensible temporality.

– Memory and art as peace education to question the paradigm that the “ends justify the means”. Creating affects and achieving effects “looking after the means in the environment where we live”.  Natural, cultural and social environment.

The project is set to continue and hold further encounters, with academic collaboration and with the elaboration of educational materials. The initiative will also be contrasted with other community intervention initiatives developed in Northern Ireland and a presentation will be given at the “Connection Law & Memory” Congress in Belgium, and at the “Exchanging Experiences in Peace Building, Resistance and Reconciliation” organised by the International Catalan Institute for Peace and the Museo Casa de la Memoria in Medellín, Colombia, in September 2016.

Next year will see the creation of a website to chart the social mapping as well as the accumulated knowledge and experience of the project, which it will be published as a collection of best practices by the Red Gernika editorial series. Finally, the objective is to culminate with the organization of an exhibition in the Gernika Peace Museum showcasing pieces and work created by participants in the MemoriaLab encounters and community dialogues.

1. Glencree is an initiative by a group of people who had suffered human rights violations perpetrated by different political persuasions who begin meeting in the town of the same name in 2007.

2. Bakeaz Blai is an educational intervention program which uses two significant components for its application: the active and direct participation of educator-victims and the context of where it is carried out. One part of the program is carried out in the classroom and the other in a supporting educational environment.

5. “Seminar on Transnational Justice”, IISJ Oñati, 2014; “Europen Seminar, RNC Justice & Démocratie”, Brussels; “First International Encounter of Participation Experiences, Bogota; “Dialogue of knowledges” UPV-EHU, Donostia-San Sebastián, among others during 2015; and “Experiences in the Application of Theory U and Public Administration”, Vitoria-Gasteiz, 2016.

6. Lederach, John Paul (2014): When Blood and Bones Cry Out: Journeys Through the Soundscape of Healing and Reconciliation, Red Gernika 14, Gernika Gogoratuz.