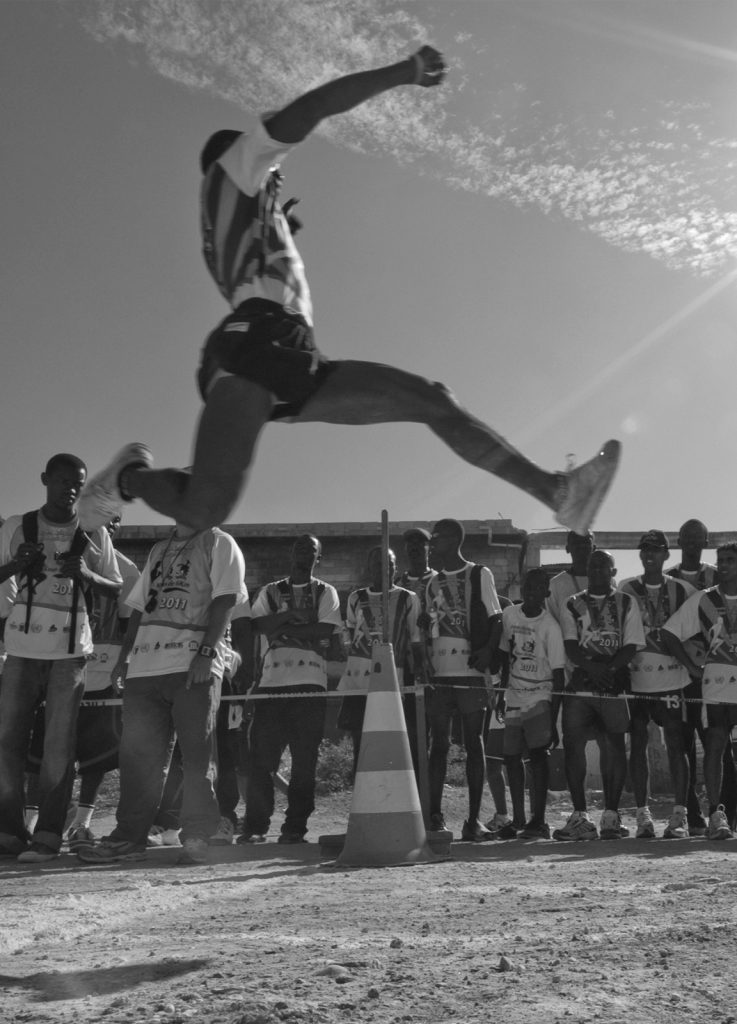 More than any other global sporting event, the Olympic Games belong to all humanity.  And at the core of these games is peaceful coexistence. Pierre de Coubertin- the “founding father” of the modern Olympic Movement- believed that mutual understanding was a fundamental value that could underpin world peace. The reborn Olympic Games would offer young people all over the world the chance to be reconciled and to familiarize themselves with local popular traditions, thus wiping away ignorance and the prejudice associated with it 1.

The Olympic Charter is an essential document for the relationship between sports and peace. It states: “The goal of Olympism is to place sport at the service of the harmonious development of man, with a view to promoting a peaceful society concerned with the preservation of human dignity” and “the goal of the Olympic Movement is to contribute to building a peaceful and better world by educating youth through sport practiced in accordance with Olympism and its values” 2.

The Olympic Movement, unlike the United Nations and other organizations, does not seek forms of peaceful coexistence through international law by political means, it has its own means – the Olympic Games, the role model of the athlete and their contribution to improving society, the Olympic Village, the Torch Relay, the Ceremonies of the Olympic Games, education – all these form a sum total of activities contributing to creating a better, and more peaceful, world. Olympic Games provide the framework for peaceful athletic competition, unite people all over the world and the torch relay is a powerful symbol of peace, an expression of peaceful cooperation between human beings and between countries.

Since 1992, the link between the Olympic Games and peace has transcended into new levels as efforts began by the International Olympic Committee (IOC) to revive the ancient tradition of Olympic Truce.  According to the ancient Olympic myth, King Ifitos of Elis, seeking to establish peace, visited the oracle at Delphi. He was advised to break the cycle of conflict every four years by replacing war with friendly athletic competition. He sought the cooperation of King Lycourgos of Sparta and King Clesthenes of Pisa. They agreed to a truce called “Ekecheiria” and revived the Olympic Games at Olympia.

The meaning of the Olympic Truce today

The Olympic Truce is not an armistice, it is not a pure political process and there is no guarantee that it will be respected. It is a voluntary process, where the states submit their support willingly and is a process directly related to sport and the values of Olympism. The Olympic Truce does not necessarily lead to the permanent end of fighting; it uses sport and the spirit of fair play to promote ideals such as respect, understanding, tolerance and coexistence.

Since the revival of the modern Olympic Games, there have been many small but significant achievements, which prove that the Olympic Games help in furthering dialogue and understanding, providing inspiration and a valuable window of opportunity for the peaceful resolution of conflict. Synthetically here are some of those achievements.

Berlin 1936: Perhaps nothing demonstrates the power of sport better than the story of athletes Jesse Owens and Luz Long. Owens, from United States and Afro-American, he had already won gold twice in the 100 meter and 200 meter sprints. The stadium was filled to capacity as Owens prepared for the long jump. On the qualifying he was about to be eliminated, but his only real opponent Germany’s Ludwig “Luz” Long, advise him how he should jump, so that last Owen qualifying jump allowed him to make his way to the final. Next day, fighting for the medals, by the fifth round both men were tied at 7.89 metres, a new Olympic record. With his final jump, Owens cleared 8.06 metres and won gold. Long took silver. Hitler left the stadium in disgust, not acknowledging the Afro-Americans’’ achievement. The two men hugged each other, cheered on wildly by the crowd, and established a bond that lasted for years, transcending war, ideology and racial divide.

The Olympic Games help in furthering dialogue and understanding, providing inspiration and a valuable window of opportunity for the peaceful resolution of conflict

Barcelona 1992: South Africa participated at the Games with a mixed team of white and coloured athletes. Nelson Mandela’s presence was a symbolic gesture of reconciliation after years of struggling for human rights.

Lillehammer 1994 Winter Games: That year was proclaimed the International Year of Sport and the Olympic Ideal by the United Nations. The appeal for the observance of the Olympic Truce allowed the participation of athletes from the conflict – torn former Republic of Yugoslavia. This was the first time in the modern history of the Olympic Games that the Olympic Truce is observed.

Sydney 2000: South Korea and North Korea paraded into the stadium together during the Opening Ceremony, under a single flag representing the Korean peninsula.

Athens 2004: Back in their place of birth, the Games witnessed the participation of Afghanistan and Iraq, two countries bloodied by conflict. Their highly symbolic presence was greatly welcomed and showed the whole world the unifying, reconstructive power of sport. A video message from United Nations Secretary General Kofi Annan, recognizing the contribution of Olympism and the Olympic Truce was broadcast during the show preceding the opening ceremony.  At the 2004 Games, the tradition of the signing of the Olympic Truce wall by world personalities and athletes was inaugurated. Since then, world leaders and athletes pledge their support for Olympic Truce on a specially built Truce Wall at each edition of the Olympic Games.

Sport and the Olympic Games will not impose peace. But they might inspire it

Torino 2006 Winter Games: During the opening ceremony, IOC President Jacques Rogge launched a strong appeal for peace, backed up by an impressive dove composed of human bodies and a song dedicated to peace performed on stage by Yoko Ono and Peter Gabriel. The Torino organizing committee promoted the Olympic Truce concept and in the year leading up to the Games, run, for the first time, a large national program of activities and conferences around the theme of peace promotion through sport.

Beijing 2008: The Peace and Friendship Wall was inaugurated in Beijing Olympic Village, during a colourful ceremony, at it the world saw images of youth sending out to the world an appeal for peace. The two athletes in the Shooting event Nino Salukvadze from Georgia and Natalia Paderina from Russia hugged each other at the medal ceremony, even as armed conflict was developing between their countries.

London 2012: At the Opening Ceremony the whole world saw the United Nations Secretary General Ban Ki-moon carrying with pride the Olympic Flag and he also run with the torch at the LOCOG torch relay. This indicates that the meaning of peace and Truce is transcending more and more in the modern Olympics. Signature walls of a modern design consisting of many see-through walls were located in the Olympic Village. All 204 national Olympic Organisations, through their chef de missions – signed the Wall.

I strongly believe that the Olympic Movement can make a difference in today’s world and that Olympism and the Olympic Truce can offer a small window of opportunity to the world. What is lacking from our world is inspiration, hope, optimism, vision, soul! Sport and the Olympic Games will not impose peace. But they might inspire it. We will harness this inspiration to create dialogue. To allow humanity to imagine peace…. peace inspired by sport.