Enric Prat
Historian and professor of Political Science at the UAB 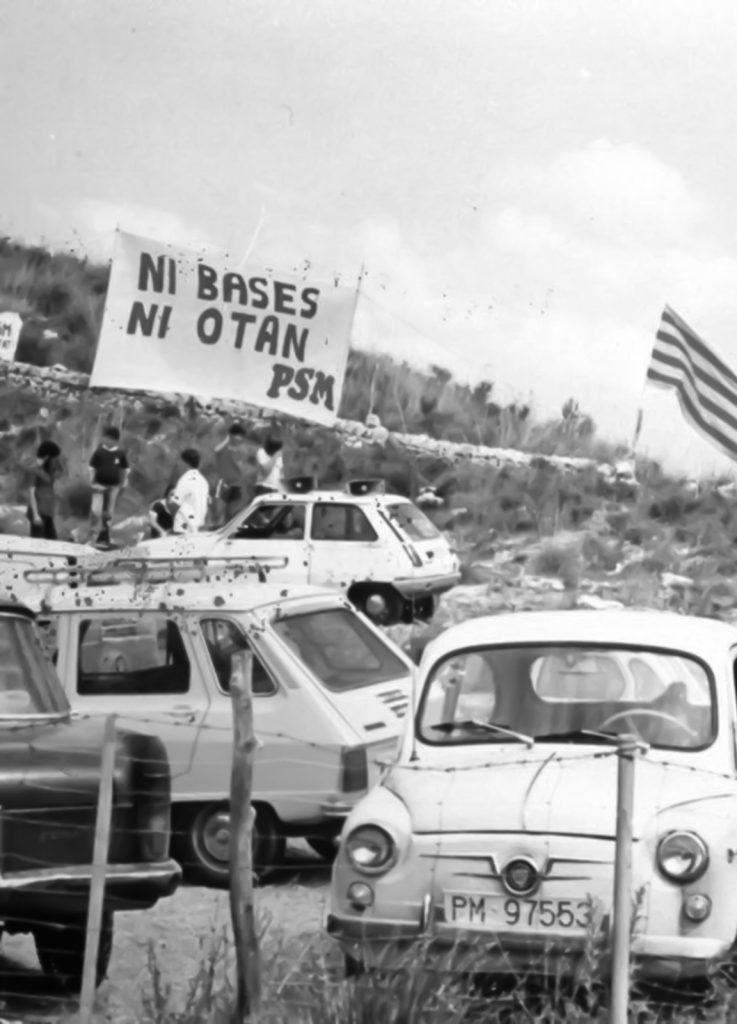 The 1986 referendum on NATO was held at a point in international history that has become known as the Second Cold War, characterized by increased tensions between the United States and the USSR and the military Blocs both spearheaded – the Atlantic Alliance and the Warsaw Pact -; an exponential increase in military spending; intensive development of the nuclear arms race; alarm sparked by the public statements made by certain political and military leaders of NATO, who claimed that it could win a war using nuclear weapons with an overwhelming “first strike” against the enemy’s forces and military installations; and the growing social concern at the possibility that the involvement of the two superpowers in the wars in Afghanistan and Nicaragua could trigger an escalation leading to a World War. All in all, during the Second Cold War public confidence in political and military institutions as preservers of peace began to decline. There was a growing awareness among the general public of the need for mobilizing society in favour of disarmament, which in turn favoured the extension of peace building and disarmament activities worldwide, most notably the anti-nuclear scientists’ groups, statements concerning municipal nuclear disarmament and the peace movements.

In a document published by the Coordinator of anti-NATO Committees of Catalonia in 1981, the authors stated, “we must take into account that since 1953 when Franco signed the agreement with the United States, we are already tied militarily to the Atlantic Alliance: A military communications network that links with NATO bases exists in the Peninsula, […] and the bases are on permanent standby to carry out military missions as part of the Atlantic strategic presence” 1. Indeed, Spain was linked to NATO through the Bilateral Agreement with the United States and US military bases on Spanish soil, but this was an indirect link. Within the framework of the Second Cold War, the government of the United States, as well as the most important NATO member states were eager for Spain to become more involved, given that the Spanish territory was essential as a platform for logistical support, attack and retreat in the event that war was to break out in Europe between Warsaw Pact countries and the countries of the Atlantic Alliance. Joan E. Garcés, in his work Soberanos e intervenidos (Sovereign and intervened) stated that to “retain strategic control over Spain after Franco was a collective strategy of the Atlantic Alliance, applied by all those involved” which “the groups legalized in 1977 and began to emerge as controlling the political scene were exactly the same ones being selectively funded by governments of the Cold War Coalition” and that “the succession of Franco’s regime was carried out in such a way so as to hinder and even make impossible the emergence of a national strategy or a foreign policy that was unaligned or neutral”2.

The proposed incorporation of Spain into NATO initially encountered a difficulty: the reluctance on the part of Spanish Prime Minister Adolfo Suarez, who during his four years as head of the executive, had not taken any decision on this matter. His replacement, Leopoldo Calvo Sotelo, during his inaugural speech on February 18, 1981, standing as the UCD presidential candidate for government, agreed to incorporate Spain into NATO, which would be approved by a simple majority vote passed by the Spanish Parliament on May 29, 1982.  At the time, the position adopted by the PSOE was “No to NATO entry” a slogan that summed up their opposition to the proposal put forward by the government of Calvo Sotelo. Nonetheless, in a few short years, the PSOE, which had been in power since winning an absolute majority victory in the legislative elections of October 28, 1982, would change its mind about Spain’s membership of the Atlantic Alliance, and its position by canvassing for a “Yes in the interest of Spain” vote in the 1986 referendum campaign. This, after Felipe González at the 30th Annual Congress of the PSOE in December 1984, had pushed through a withdrawal of opposition to the Atlantic Alliance. After the PSOE atlanticist conversion, the movement for peace and its social and political forces in support, were to become the hope of a neutral and nonaligned Spain.

The referendum was won by those who advocated for Spain remaining in NATO by a thirteen-point difference, although the “No” vote won a majority in Catalonia, Navarra, the Basque Country and the Canary Islands. So, how can the defeat of the “No” be explained? There were several factors which influenced the outcome:  On the one hand, the referendum result was heavily influenced by the text submitted for consultation which incorporated three restrictions to Spain’s remaining in NATO: 1) Spain’s participation in the Alliance will not include joining an integrated military structure. 2) The prohibition to install, store or introduce nuclear weapons on Spanish soil will be maintained. 3) The progressive reduction of the US military presence in Spain will get underway. According to a survey by the Center for Sociological Research in March 1986, 17% of those who voted “Yes” indicated that they had done so due to the restrictive conditions of permanence in NATO contained in the question. Probably, this sector of the population came to the conclusion that remaining in the Atlantic Alliance was inevitable and that the PSOE government’s proposal at least guaranteed some limits.

On the other hand, one of the aspects that influenced the change of opinion of a significant segment of the population was that the government insisted that a “No” victory would mean political destabilization. The aim of Felipe Gonzalez and his government was for the public to believe that a victory for the “No” vote would mean the government would resign and new elections would have to be called, in which the Popular Coalition might win by a majority and push through full integration into the Alliance Atlantic without any restrictions. Of course, many people opposed to the permanence of Spain in NATO were afraid of this possibility and chose to abstain, submit a protest or blank vote, or even voted “Yes” because they believed that voting “No” weakened the possibility of the continuance of the PSOE government which at that time, was the guarantee of the consolidation of a democracy that had been threatened a few years earlier by a failed military coup. The fact that the political situation in the autonomous regions where the “No” vote was a majority (Catalonia, the Canary Islands, the Basque Country and Navarra) was different, with a significant presence of nationalists, separatists and communist forces, eased the pressure of the PSOE government on citizens. Specifically, the question of who would manage the “No” to NATO would not have such a significant impact in these regions. In Catalonia, the political forces that opposed Spain’s membership of NATO, both the independence groups ERC, ENE and la Crida (the Call), as well as the Communist parties of PSUC, PCC, MCC and the LCR, all together had a significant impact. In addition, one must keep in mind that the nationalist coalition CiU, which was pro-Atlanticist, did not campaign for a “Yes” vote, but instead advocated for a free vote for their members and sympathizers.

Under those circumstances, the Government could not hope for a majority acceptance of NATO but instead to obtain a victory in the referendum as the way to ensure the permanence of Spain in the Atlantic Alliance. José María Maravall, in his book El control de los políticos (The control of politicians), explained the PSOE government’s action: “Faced with the prospect of a likely defeat, the Socialists […] accentuated the drama of the situation using two new elements: the inevitable resignation of Gonzalez as Prime Minister in the event of a defeat and the risk that an unpopular opposition would obtain a huge political triumph”. As Maravall says, these considerations had a major impact on the public in general, especially on those who had voted for the PSOE in the previous elections and maintained party loyalty in the NATO referendum 3. In December 1984, Manuel Sacristan would highlight the cost of this way of conducting politics: “Perhaps the most important thing that happens if consensus of one and another politician definitely integrates us into NATO, not the actual integration itself, but instead the imposition on Spaniards of the feeling of helplessness, of political nullity, of their need to obey and to put one’s head where one’s heart should be and vice versa. […]. On the inside, NATO is just as terrible for Spain as it is on the outside, and more corrupting.” 4