The International Peace Bureau and the ICIP are the Second World Peace Congress organisers. The event will be held in Barcelona from 15 to 17 October 2021.

Under the title “(Re) imagine Our World. Action for Peace and Justice”, participants from 40 countries will attend this event with face-to-face activities, conferences and workshops, most of which will take place at the Center for Contemporary Culture of Barcelona (CCCB).

The conference will have a hybrid format, and many of the activities will also be available online. The main goal of the congress is to invigorate international pacifism, be a meeting point for different actors, redefine action for peace, and, as the motto of the congress says, reimagine the world through the prism of a culture of peace.

At the same time, the event seeks to foster synergies between organizations and individuals and between interconnected social movements fighting for global justice: peace and disarmament advocates, feminist and LGBTQIA+ campaigners, ecologists and climate activists, antiracists and indigenous people, human rights defenders and trade unionists.

During the three days of the congress, there will be talks and lectures by more than thirty speakers. Featured names include Noam Chomsky, Vandana Shiva, Jody Williams, Martin Chungong, Wada Masako and Beatrice Fihn.

There will also be different workshops on ‘Peace Economics’, ‘Peace Accords to End Wars’, ‘Nonviolent Journalism for Peace’ or ‘Peace, Racism and Migration’.

The main organizer of the congress is the IPB, an entity that has its headquarters in Berlin and has offices in Barcelona and Geneva.

The office in the Catalan capital has been operating for four years, and from there, the Global Campaign on Military Spending (GCOMS) is managed in collaboration with Centre Delàs.

The IPB has a network of 400 members, and the Centre Delàs is part of the board of directors. In Catalonia, in addition to the Centre Delàs, other entities form part of the IPB: Justícia i Pau, Fundipau, Unipau, Escola de Cultura de Pau i Fundació Carta de la Pau dirigida a l’ONU.

In 2016, these world congresses were restarted with the idea of putting global disarmament on the agenda. This first congress of the new stage was held in Berlin, and the one in Barcelona will be the continuation. 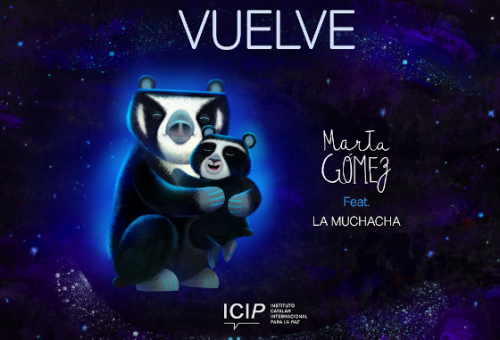 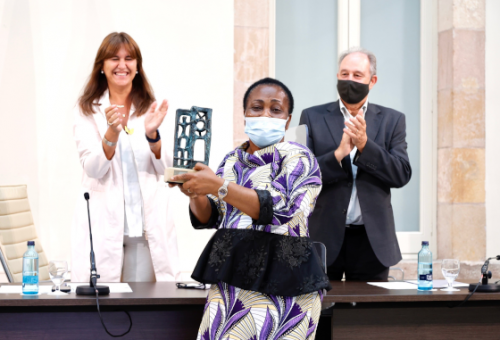