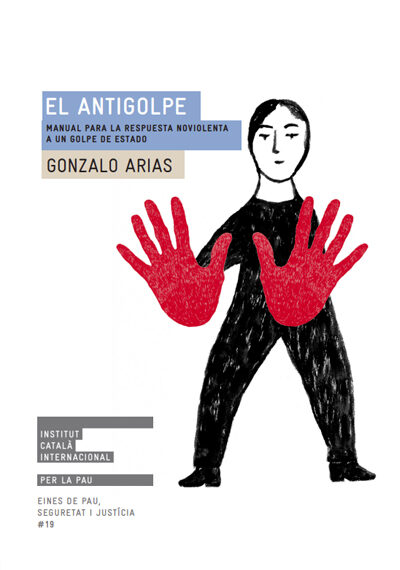 What should civilian population do to defend themselves against military and political coups? El Antigolpe (The Anti-coup) was one of the very few books which tried to account for this question after the attempted coup d’etat of February 23rd 1981 in Spain, during the transition process to democracy. Here lies the importance of this book, which Gonzalo Arias had to publish on his own after being rejected by 12 publishing houses at the time.

The book considers several issues which are still relevant these days: the hierarchical nature and the strict chains of command of military forces, the study of the attempted coups d’etat which failed because of the practice of nonviolence inside and outside the army, and the evaluation of coups that were successful to analyze what went wrong in the popular resistance.

The historical importance of this book and the actuality of the topics it deals with fully legitimate its new edition and reprinting.