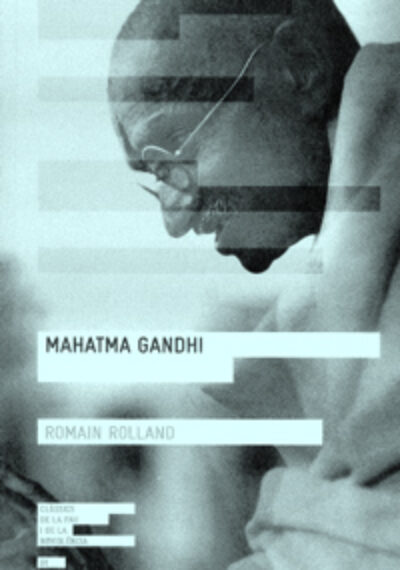 Romain Rolland’s work entitled Mahatma Gandhi was written in 1923 and can be considered to be the book that officially presented Gandhi to the Western world. It has since been upheld as an important classic in the peace field. This edition, published by the ICIP in collaboration with Angle Publishing House, is a reproduction of the edition printed in 1930 by the now non-existent Polígota Publishing House. The book is truly unique, including an extensive Appendix and an introductory text by Francesc Macià.

This classic piece of literature immerses us in Gandhian philosophy by providing us with texts documenting the conversations that author Romain Rolland had with the spiritual leader while writing the book.

Romain Rolland (1866-1944) was a Professor, Musicologist, acclaimed Literary, and French Intellectual. He was granted the Nobel Prize in Literature in 1915, and he dedicated his life to a vision of ethic and aesthetic discovery in which he considered reality and beauty to be complementary sides of the same coin.