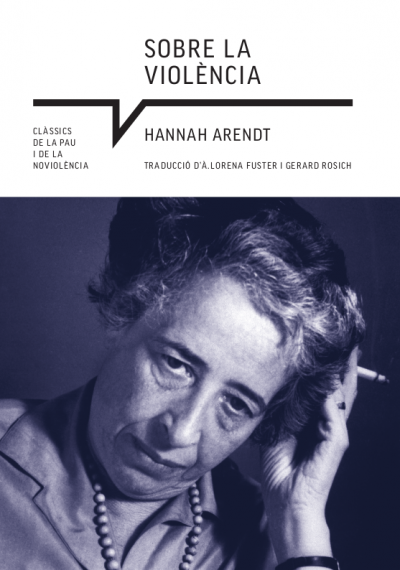 Hannah Arendt was affected by the events and debates of the sixties and reflected on the place of nonviolence and the rhetoric of violence in student riots, the Civil Rights Movement, the New Left and the Black Power movement. In this book she does so taking into account the background of the Cold War and the high level of technical development that instruments of violence had reached.

Arendt believes that words as decisive as power, strength, force, authority and violence refer to distinct and different phenomena, so that using these concepts as synonyms not only indicates a certain deafness with respect to linguistic meanings, but also a sort of blindness with respect to the realities that correspond to them.

Considered one of the most influential political thinkers of the 20th century, Arendt studied with Heidegger, Jaspers and Bultmann. Of Jewish origin, she fled Germany in 1933 and, after living several years as a stateless person in Paris, she emigrated to the United States, where she lectured at a number of universities.

Even though she rejected being classified as a philosopher, today, thanks to her independent thinking and her concept of political liberty, Arendt plays a key role in contemporary philosophical debates.