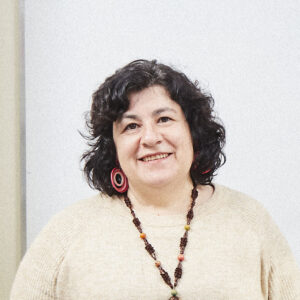 Anthropologist.  Researcher in the observation of social changes in the rural world and immigration.  Member of the Catalan Ethnology Council of the Department of Culture since 2015.  Feminist activist in the Grup Feminista de Ponent and the Plataforma Fruita amb Justícia Social, which fights for the rights of migrant farm workers.

She has worked as a researcher and professor of Anthropology at Rovira i Virgili University and at the University of Lleida.  She was also a researcher at the Center for Rural Development Cooperation.  In the 1990s, she took part in the brigades accompanying rural populations in Sandinista Nicaragua and later became interested in the people of the Mediterranean, specifically Syria.