For a peace that is ours 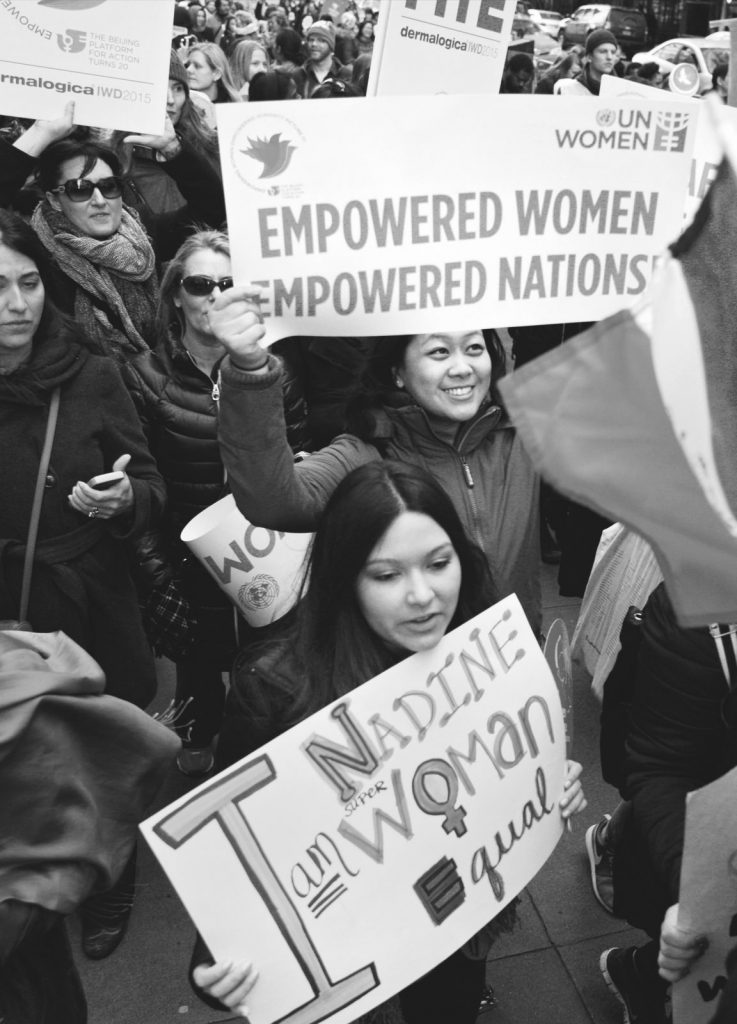 I write this reflection at a time when the culture of war invades us more than ever; at a time when, in Western states, speaking about refugees does not mean speaking about human rights or stopping wars, despite the warnings and the outrage of the pacifist and antimilitarist movement. They are also times when, in the context of tension with Russia, NATO is conducting maneuvers in Spain, reminding us that the priority of security continues to be the military, war and rearmament. In other words, reminding us that militarism is security.

This context highlights the dark side of resolution 1325 on women, peace and security, precisely now, 15 years after it was adopted: the darkness caused by militarism. But one must also be optimistic and recognize that this resolution, as well as the ones that followed in order to develop other aspects, is a small beacon of light. Small if we take into account the limitations of laws or resolutions in and of themselves.

The light is there because many feminist women managed to get resolution 1325 drawn up and approved to express a vital necessity to achieve “a peace that is ours,” as we feminists say, without inequality and where the bodies and knowledge of women were present. In the adoption of resolution 1325, we must take into account two fundamental events. The first one, the two great wars of the 90s: Bosnia and Rwanda, where, for the first time, we witnessed, first-hand, mass rapes of women used as a weapon of war. Secondly, the Beijing Platform for Action, which, for the first time, demanded that crimes committed against women and children in the context of an armed conflict be considered crimes against humanity.

Resolution 1325 has greatly improved the participation of women in peace processes and in the armed forces, but sexual violence, femicide, and abuses against women and children continue to rise

Many activists have demanded that their governments carry out resolution 1325 and allocate budgets for action plans that some countries, such as Spain, committed themselves to. They have worked hard so that the resolution would become a tool of transformation, and not a worthless bureaucratic measure to pay lip service, which is what is happening. There are assessment reports1 of the first years of implementation of resolution 1325, such as this excellent document by Women in Black, Serbia. And the most optimistic conclusions are that the resolution has slightly improved the participation of women in peace processes, the armed forces and security; but sexual violence, femicide and abuses against women and girls have not decreased and actually continue to rise in “peacetime,” in conflicts, in post-conflicts and in refugee camps. In fact, in some cases, as has already been reported, these crimes have been committed by UN Blue Helmet forces.

Another dark side to the 15 years of resolution 1325 are the resources allocated to its implementation. Hardly any country has allocated a decent budget to its National Action Plan on Women, Peace and Security.

The interpretation made by government institutions is also a cause for concern. This interpretation is based on the initial premise of a militarized and militaristic world where the culture of peace is minimal and marginal and where practically the only thing they seem to understand is formal equality in what they consider to be fundamental for “our security”: armies and weapons. Hence they opt to add more women to the processes of militarization. In other words, the perspective of gender is understood especially as equality with men (which doesn’t exist either) and protection with a little more participation (even if it’s formal) and more rearmament; in other words, the preservation of their status quo.

Spain is an example. It has decided to focus on the participation of women in the armed forces – which has increased slightly, up to 12%. According to the government, all the demands for training are being met and there has been no news of assaults in peacekeeping missions. In the reply to the letter Women in Black sent to the minister of defense at the end of last year, no mention was made concerning the allegations in the armed forces of Captain Zaida Cantera, who finally (after she had already left the army) received judicial confirmation that she had been the victim of harassment.

Many activists have worked hard so that the resolution would become a tool of transformation, and not a worthless bureaucratic measure to pay lip service, which is what is happening

Also, although the resolution presents women as subjects of peace and the creation of life, in practice, it continues to place the emphasis on women and children as victims that need protection or as witnesses to enforce the law. It is also worth mentioning that “women” is a generic term that is too broad because it is not the nature of women that makes us peaceful and creators of peace, but rather a feminist consciousness. It is the practice of our situation as creators of life that makes us put all of this universal experience of caring for life and for the planet above any other consideration. In other words, the contributions of women go hand in hand with feminism; an active feminism committed against the patriarchal, capitalist, fundamentalist, racist and neocolonial system.

If we don’t go to the roots of the capitalist and hetero-patriarchal system, which places the profits of multinationals and the very rich at the center of its policies rather than people’s lives, more reasons will be found to reinforce militarism by incorporating more women into the armed forces. It must be reiterated that armed forces have never brought peace and that we believe they should disappear. In antimilitarist feminism we have worked on the concept of security and we can state that resolution 1325 is a good instrument to meet the challenges we face and to demand the participation of women (feminists and pacifists) at the negotiating table. However, what has done the most for the empowerment of women and for their security are truth commissions: processes that give voice to women and give visibility to their pain and their needs, as recounted by the women of Colombia, for example. In that country, civil society and feminism networks have, in addition to demanding justice and reparation, stood by women and considered them protagonists of their lives.

Because, for feminists, security2, in addition to our demands for justice and rights, is especially about weaving solidarity between women’s networks, offering a protection based on complicity and empathy, respecting their timings, their silences, their pain and their way of coping with their own recovery, listening to their words and recognizing their experience of resistance and care for life in the midst of terror. Achieving a peace that is “ours,” where truth, justice and reparation remain central elements for all women is a long process. Therefore, it is important to stay connected for a long time.

And we want to observe the advances and setbacks from this perspective, walking together with all the tools at our disposal (including laws and resolutions) in order to abolish war and violence from history.

2. See the article Always disobedient, by Staša Zajović, published in the e-magazine Peace in Progress, number 22.