The agenda on Women, Peace and Security: Critical Reflections 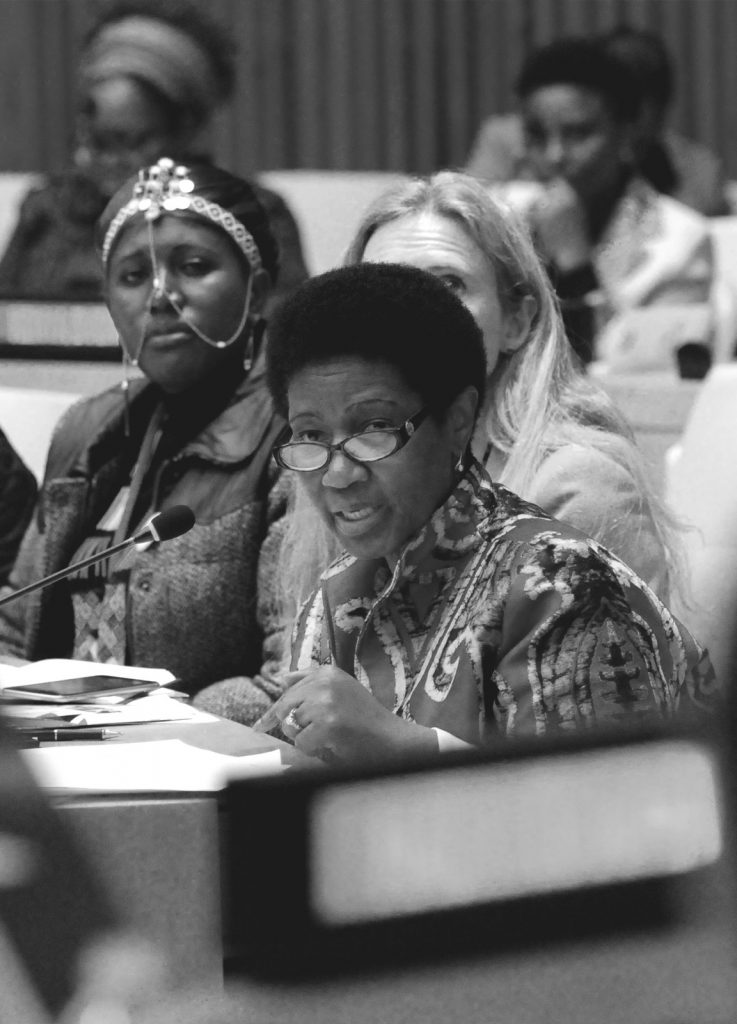 This October marked the fifteenth anniversary of UN resolution 1325 on women, peace and security, often taken by the specialist literature to be a “landmark decision”. By adopting it, the Security Council recognised, for the first time, that women can be something more than just the victims of armed conflicts.

Thus resolution 1325 is based not only on the different and disproportionate effects of armed conflicts on women, but also on the important — and not always recognised — role that women play in their prevention and resolution, as well as in the consolidation of peace. On the basis of these foundations, the resolution’s conceptual structure rests on three fundamental pillars: “participation”, “prevention” and “protection”, often referred to as “the three Ps”.

So the preamble to resolution 1325 recognises the “importance” of women’s “equal participation and full involvement” so as to achieve peace and security, and the “need to increase” such participation “in decision-making with regard to conflict prevention and resolution”. In relation to this, clause 1 — the only one, moreover, which covers the second of the three pillars mentioned — urges Member States “to ensure increased representation of women at all decision-making levels” associated with this prevention and resolution as well as in conflict management. In this vein, in clauses 3 and 4 it requires the Secretary General to “appoint more women as special representatives and envoys” and to “expand the role and contribution of women in United Nations field-based operations, and especially among military observers, civilian police, human rights and humanitarian personnel”. Thus, the Security Council adds to its conventional perception of women as victims of armed conflict, a recognition of them as promoters of peace.

However, these provisions are the target of a significant part of the criticisms to which resolution 1325 has been subjected. These criticisms condemn its defence of the viewpoint of liberal feminism and, in particular, of this viewpoint’s idea of equality, according to which this will be achieved when women gain access to the same areas of activity — and on the same terms — as men. The commitment to increasing women’s representation referred to in clause 1 of the resolution falls within this context. This commitment is based on two objectives: firstly, to make it possible for women’s decisions to embody their priorities and concerns, in second place, for peace and security to benefit from women’s contributions and perspectives. Undoubtedly, an increased presence of women in any sphere of activity gives them greater visibility and is important in symbolic terms, but does not guarantee that their decisions will be substantially different from men’s, since, to be represented, it is not necessary for them to be present. In short, by establishing a direct causal link between descriptive representation and substantive representation, the resolution adopts a concept of representation that is rather simplistic.

Resolution 1325 helps to perpetuate the stereotyped image of women as victims and peaceful, and men as protectors and aggressive

After this initial toying with an image of women as active and independent, resolution 1325 reproduces a stereotypical view of women, presenting them — along with girls— as victims of armed conflict who, with their special needs, also require special protection. For example, in its operative section — clauses 9 and 10 — it calls upon the parties to armed conflict to fully respect the rights of women and girls and to protect them from gender-based violence, giving — in clause 11 — responsibility to all States to put an end to impunity for crimes related to this violence and to exclude such crimes from amnesty provisions.

This restrictive conception of women and girls as the victims of armed conflicts has also been the focus of much of the criticism of resolution 1325. There are two main objections to this viewpoint. The first underlines the absence from the text of those women who participate in hostilities and/or play an active role in the emergence and maintenance of gender violence, among other things. The second, on the other hand, blames this viewpoint for the systematic exclusion of women from decision-making processes. Beyond these objections, the criticisms also touch on the image of men given by the resolution. Although the text does not mention them explicitly, their tacit presence is undeniable. Thus, according to the conception promoted by the resolution, we understand that it is men who hold power; men who hold most responsibility for violence — of which they are never victims — and/or for protecting women and girls.

The above considerations also explain the reading that resolution 1325 makes of a conceptual pillar that complements the “three Ps”: the incorporation of a gender perspective. Far from being understood as a tool to demonstrate the impact on both men and women of the different stages of the conflict, this incorporation is expressed in a need to prioritise the proactive role women can play in peacebuilding. In this way, the resolution — in its clauses 5 and 8 — demands the inclusion of a gender perspective in peacekeeping operations, as well as when negotiating and implementing peace agreements. In this context, the commitments taken on call for attention to be paid to the special needs of women and girls during repatriation, resettlement, rehabilitation, reintegration and post-conflict reconstruction, and for “measures that support local women’s peace initiatives.” In this way, 1325 helps to perpetuate the stereotyped image of women as victims and peaceful, and men as protectors and aggressive.

Even so, resolution 1889 — adopted on 5 October 2009 — marks a return to many of the issues dealt with in resolution 1325, while showing a stronger understanding of women’s participation than the earlier text, identifying some of the factors that hinder such participation. One sign of this is that in its preamble it relates low levels of women’s participation in post-conflict situations to the lack of adequate funding and, in this regard, clause 7 emphasises the need for the “empowerment of women” in such situations. This proposal marks a shift from the idea of ​​representation given in resolution 1325, by directing efforts towards achieving substantive representation, as opposed to descriptive representation. All the same, resolution 1889 retains the discourse of “women” and “women and girls” instead of speaking of gender, presenting both of these categories — as does resolution 1325 — as a homogenous group.

However, resolution 2122 would be the text that deals most intensively with the broad set of issues addressed by resolution 1325. Adopted unanimously on 18 October 2013, this resolution recognises the lack of fulfilment of the commitments taken on concerning the agenda related to women, peace and security. After expressing a mea culpa, the Security Council renews its vows, accepting — in the preamble, “the need for more systematic attention to the implementation of women, peace and security commitments in its own work”, above all to “ensure the enhancement of women’s engagement in conflict prevention, resolution and peacebuilding”. In addition, resolution 2122 places the aforementioned agenda in the broader context of development, noting for example, that “sustainable peace” — as is also pointed out in the preamble — “requires an integrated approach based on coherence between political, security, development, human rights, including gender equality, and rule of law and justice activities”. In the same vein, the resolution adds new issues to this agenda, such as the economic empowerment of women or their access to services for sexual and reproductive health. Despite this broad perspective on peace processes and the consolidation of peace, resolution 2122 does not offer many new ideas when it comes to concrete and practical measures for its implementation.

Fifteen years on from the adoption of resolution 1325, the Security Council has made it possible for the issues of women, peace and security to be an important part of its agenda. Over these years, the specialised literature has focused above all on studying the challenges faced in its implementation, with hardly any questioning of the fact that — as we have tried to show in this paper — some of these challenges are a result of the way in which the resolution was formulated. In this sense, resolution 1325 is a product and at the same time, the producer of a particular vision of “women”, “peace” and “security”, the analysis of which is essential both to understanding its scope of application and its implications as well as to identifying its shortcomings and recognising what might have been different. This assertion also applies to the subsequent resolutions which, in general, have failed to overcome its deficiencies.

1. This article was written before the approval of UN Resolution 2242. So, now, there are actually seven thematic resolutions on Women, Peace and Security, which complement Resolution 1325.