The consequences of political violence in the Basque Country 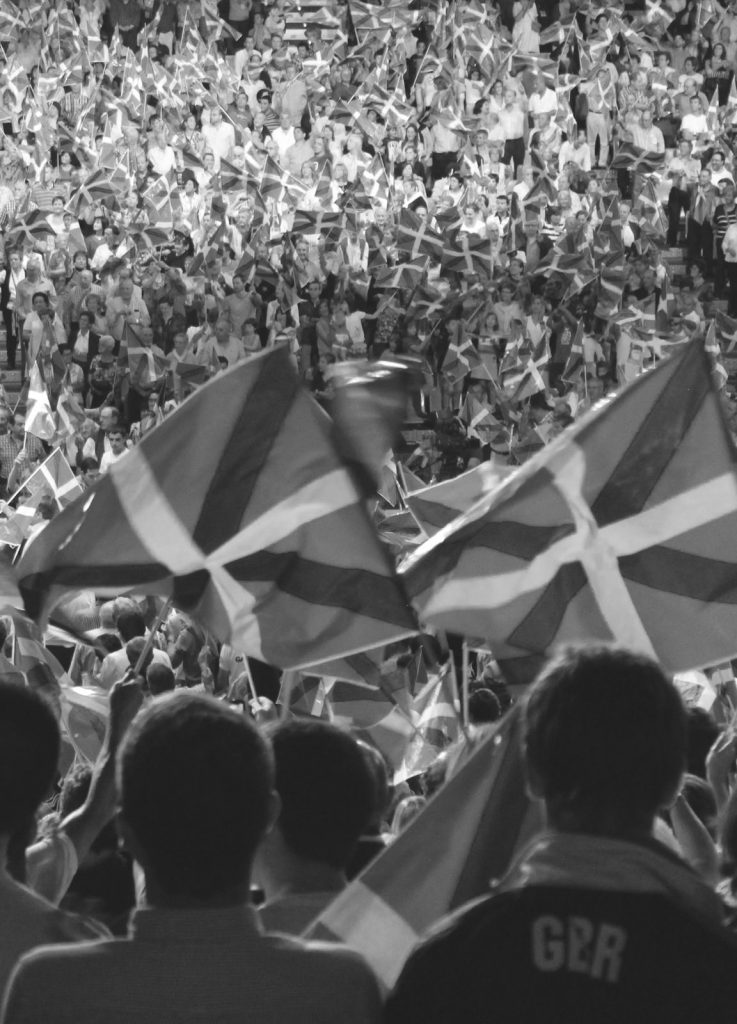 Political violence has been present in the Basque Country for decades. Besides the violence exercised directly by the Franco regime, from 1968 onwards we must add the violence of ETA and later that of paramilitary organisations created under the auspices of the Spanish State. With more than a thousand dead, this has been the bloodiest violent political conflict within the Spanish State in the second half of the twentieth century and, if we broaden our field of vision to the whole of ​​Western Europe, it is exceeded only by the political violence generated by the conflict in Northern Ireland, where there were more than three thousand deaths.

When we look at Euskadi, we find that the more than four decades of existence of the terrorist organisation have had a decisive influence on political debate. Besides the direct consequences for the victims, we must note other effects, not on specific individuals, but rather on the society as a whole. I would like at least to highlight three of these consequences:

The existence of a terrorist organisation generates a very profound political and social division. Violent actions, whether carried out by ETA or by state security forces and agencies, have provoked an inevitable social confrontation. Violence creates factions — you’re either with me or against me — making it very difficult for those who don’t clearly identify themselves with either side.

Some limitations were not imposed formally, but nonetheless are reflected in the Euskobarómetro1. Until 2009, with some ups and downs, more than 40% of the population of the Basque Country admitted to being “very or somewhat” afraid of participating actively in politics. Another fact: as recently as in the first decade of the 21st century, about 20% of the population stated that there was nobody or almost nobody with whom they spoke freely about politics. But the obstacles to political participation also took an official form, using the apparatus of the state. The Organic Law on Political Parties was adopted in 2002; it would later give legal coverage to the outlawing of Batasuna for not explicitly rejecting violence as a political tool. This illegalisation was not free of controversy and even Martin Scheinin2 expressed concern about the wording of the law and the possibilities of abuse which it brought. Another flagrant case of the prohibition of the exercise of freedoms that should be respected by the democratic rule of law was that of the newspaper Egunkaria, closed by court order in 2003; seven years later, in April 2010, the High Court acquitted the defendants of all charges. To date, no declarations have been forthcoming on the matter from any representative of the central government.

3. The hijacking of debate

Given that the terrorist organisation promoted certain political aspirations — the independence of the Basque Country and the creation of a socialist state — these goals, especially the first, became taboo items on the Basque political agenda. Thus, the political and social forces opposed to independence resorted to accusing anyone who made proposals in favour of independence of colluding with terrorism. In practice this turned into a veto on one part of the political debate. More recently, given the growth of the independence movement in Catalonia, the question has arisen: why do we see this growth in Catalonia and not in Euskadi? In the last eight years the number of people in favour of independence in Catalonia has gone from just over 10% to around 50%. In the same period, in Euskadi, the desire for independence has been much more stable, from 32% to 25%. Some authors suggest that the prior existence of violence explains this difference.

Despite the efforts towards reconciliation, the consequences of violence (polarisation, the hijacking of debate, restrictions on political participation) have still not disappeared

Fortunately, with the 21st century there came important political and social changes that led to ETA announcing on 20 October 2011 “the definitive cessation of its armed activity”. It is not the aim of this article to examine the reasons that led to this decision, but rather to analyse its consequences. However, very schematically, I should point out some of these reasons: the model of an end to violence given by Northern Ireland, which had proved successful; the discrediting of political terrorism as a result of the emergence of nihilistic Islamist terrorism; the overcoming of the fear within society with respect to standing up to violence, from organised civil society (Lokarri, Gesto por la Paz) as well as from many kinds of artistic expressions; and finally, the growing awareness within the nationalist (“abertzale”) left that terrorist violence was not helping their goal of achieving Basque independence, but rather hindering it.

So far in Euskadi, some initiatives have been taken that could be seen as expressions of the principles of transitional justice: truth, justice and guarantees of non-repetition3. But despite the efforts to move ahead towards reconciliation, the consequences of violence (polarisation, the hijacking of debate, restrictions on political participation) have still not disappeared.

Overcoming social polarisation will require the passing of time — as Luciano Sandrin says, “Emotions (hate, anger and resentment) tend to become chronic and remain active even after the end of hostilities, coming to be part of a shared memory”4 — but there also have to be clear and firm political decisions. So far, official initiatives on restoring peace have focused on the direct or indirect victims of violence, but all of society is in need of healing. There are issues such as the treatment of prisoners, on which divisions run very deep5. There are also issues that require more inclusive treatment, among which we could highlight: the recognition of all victims6, and the unequal way in which they are treated7; the development of an inclusive historical memory; the recognition of the suffering caused, on the part of all the actors who caused it. If these issues are not addressed, the road will be much longer and more tortuous.

The political will and courage to address transitional justice are lacking; without them, the consequences of political violence will not be overcome

Regarding full political participation, the Euskobarómetro shows that the fear of participation and concern about violence remain, but are weaker. However, challenges remain here too; the political parties law is still in force and, therefore, the concerns raised by the UN Special Rapporteur still apply.

With respect to the debates that were “frozen” by terrorism, grassroots initiatives like Gure Esku Dago (“It is in our hands”) defend the legitimacy of the right of citizens to decide their future and exercise their right to decide. Not surprisingly, the majority of the Basque political elite is not offering support or encouraging these initiatives. The existing political elite was politically socialised within the context of violence and it is possible that a new generation will be necessary in order to break the taboos and deal with debates that up till now have been blocked.

To conclude, there is a fundamental problem: Spain is one of the last states which, to quote Teresa Whitfield, had a transition without transitional justice, opting instead for amnesia. This operation of hiding everything that was swept under the carpet carries implications; we lack a culture of memory, a vital element in dealing with such processes.

We must be aware that the end of political violence in the Basque Country came less than five years ago. Overcoming that stage may take generations and it requires us to address the issues of transitional justice. In recent decades there has been a flourishing of analysis and development of this type of justice — Euskadi itself has experts in establishing such mechanisms. There are tools that can be applied, relevant experiences, and people with the capacity to implement them. The only thing lacking is the political will and courage to address transitional justice. Until this is done, the consequences of political violence will continue to be present and will not be fully overcome.

1. The Euskobarómetro is a sociological statistical survey run by the Department of Political Science of the University of the Basque Country.

2. UN Special Rapporteur on the promotion and protection of human rights and fundamental freedoms while countering terrorism, of the United Nations Commission on Human Rights.

5. Concerning the reintegration of ETA prisoners, 50% of the population is in favour in all cases, 21% believe that reintegration should only be considered for those who don’t have blood on their hands and 20% insist on their serving their entire sentence. Euskobarómetro.

6. The reports of the Directorate-General for the Support of Victims of Terrorism, on “Victims of human rights violations and unjust suffering produced in the context of politically motivated violence”, point in this direction.

7. Until now, the Spanish state has only recognised one sole case of a victim of an act of terrorism carried out by the security forces. Thus, the party responsible for the attack (whether it is ETA or not) has been shown to be a decisive factor in obtaining recognition, and reparations, for victims of terrorism.