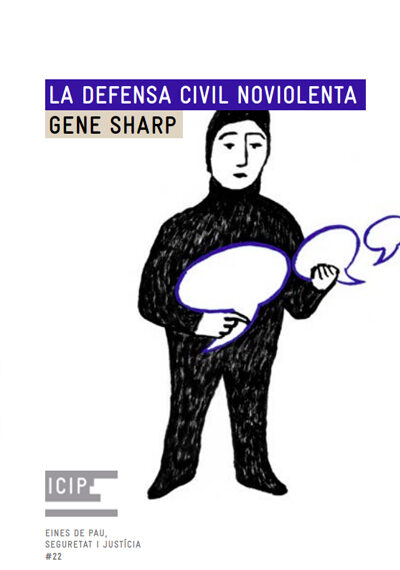 The Baltic countries – Lithuania, Latvia and Estonia – declared their independence in 1990 and had to face an attempted attack on the part of the Soviet authorities. During the crisis, the three governments depended, to a large extent, on the methods of non-violent resistance that they had learned from the writings of Gene Sharp. At the time, Andreus Butkevicius, the Lithuanian Defense Minister, quoting Gene Sharp’s book, proclaimed: “I prefer having this book to having an atomic bomb.”

Nonviolent Civilian-Based Defense reviews and takes stock of the most significant conflicts that were tackled through nonviolent means until 1990. It also lays out the keys that would allow a nonviolent civil response to two types of conflicts: coups and invasions. After almost three decades, many events have corroborated Gene Sharp’s proposals in a number of conflicts, showing that a response is possible to tackle both threats and that this response is available to any community of people, especially if they are prepared.

Gene Sharp (1928-2018) was Senior Scholar at the Albert Einstein Institution in Boston, Massachusetts. He held a degree (1949) and a master’s degree (1951) from Ohio State University and a Doctor in Philosophy in political theory from Oxford University (1968). He had been awarded honorary degrees from Manhattan College, Rivier College, the University of New Hampshire and the Latvian Academy of Sciences. He was also Professor Emeritus at the University of Massachusetts, Dartmouth.

Dr. Sharp held research appointments in Harvard University’s Center for International Affairs for nearly thirty years and he has taught in many places around the world. His books in English include Gandhi Wields the Weapon of Moral Power (1960),The Politics of Nonviolent  Action (1973), Gandhi as a Political Strategist (1979), Social Power and Political Freedom (1980), Making Europe Unconquerable (1985), Civilian-Based Defense (1990) and Waging Nonviolent Struggle (2005). His writings have been published in more than 45 languages.