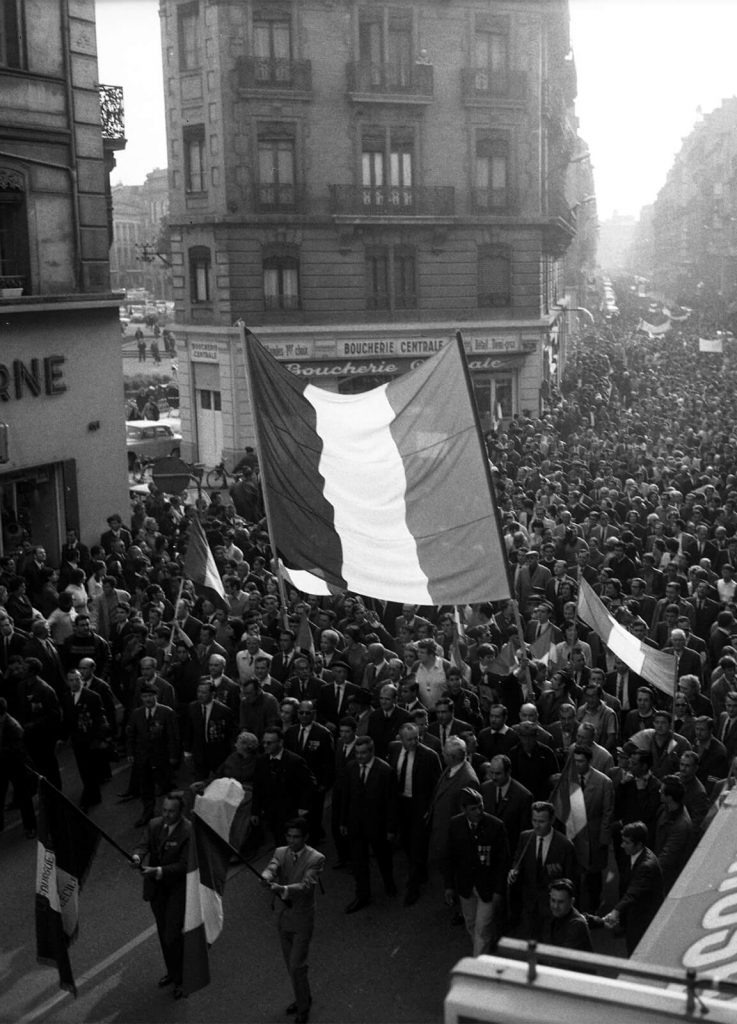 On the fiftieth anniversary of the watershed year 1968, interpretations of all kinds are resurfacing once again. There are those who try to limit its significance only to what happened in France, a country that was undoubtedly the epicenter of that year, since it was there where the mobilization reached its zenith with the most massive general strike in its history. However, the global dimension of that year is often forgotten, especially if we extend it to previous and subsequent years in what a growing trend in historiography has defined as “the ‘68s.” There are also those who claim that it was merely a youth and student rebellion, forgetting that, although a new student generation led many of the revolts in different parts of the world, broad sectors of the working class and of other generations also took part, not only in France but also in Italy and elsewhere around the world. Others limit its scope to an undeniable cultural revolt, thereby seeking to deny its deeply political dimension, which led to challenges to the then-existing regimes in France as well as in Czechoslovakia, Mexico, Italy and elsewhere.

Beyond the debate about the (re)interpretations of 1968, it seems difficult to deny the place that those “’68s” have in history as a “revolution in and of the world-system,” as Immanuel Wallerstein maintains. Because, although it is true that these revolts did not end – not even in France – in victorious revolutions, they were experienced as a historical breaking point with the prevailing consensus of that time between and within the two great blocs (the Western and Soviet Blocs) and in the midst of the challenge posed by the anti-imperialist movements, with Vietnam as the main reference point, against the freezing of the global status quo by the then two superpowers. In the words of Maurice Blanchot and Herbert Marcuse, it was, in short, a “Great Rejection” of the global order that had been established since the end of the Second World War, putting the possibility of “changing the world” and “transforming life” back at the center of the debate.

Beyond the debate about the (re)interpretations of 1968, it seems difficult to deny the place that those “’68s” have in history as a “revolution in and of the world-system”

It is also worth noting that criticism of the major parties on the left, both the Social Democrats and, more unequally, the Western Communist parties, had an important impact on that global revolt. They were considered to be an integral part of the system that acted as “parties of order” vis-à-vis these movements. It was this rejection that led to the search for another policy and, with it, the proliferation of new organizations with Maoist, Trotskyist, councilist or libertarian ideologies that opted for revolutionary projects that they believed to be possible – and that many of their enemies feared. However, very soon they came up against a counteroffensive from above that had its beginnings in Pinochet’s coup d’état in September 1973 and, later, in the defeat of the Portuguese revolution in November 1975, to then give way to the long neoliberal period which we are still in after the end of the cycle of postwar economic expansion.

It is therefore necessary to remember the global commotion that the watershed year of 1968 brought about and the centrality of the May-June revolt in France within it. However, we must not underestimate the relevance of the Prague Spring (which fought for a socialist democracy), the Mexican September (which confronted the PRI’s “perfect dictatorship”), Italy’s “long May” (opposed to the State’s “strategy of tension”) or the convergence of the civil rights movement with the student protest and anti-Vietnam war movement in the US. In all these places, and in many others, there were some common features: the “liberation of the word” (Michel de Certeau), the use of assemblies, the occupation of streets (and, in many cases, work and study centers), experimentation with alternative community experiences, enormous creativity in very different areas, etc. – the conformation, in short, of a shared rebellious and anti-authoritarian subjectivity.

Focusing more on the case of France, it was in that country where all those features were present in a more extensive and massive way, although they were never strong enough to lead at least to the fall of the Gaullist regime. Nevertheless, two dimensions were developed during the key months of May and part of June that Boltanski and Chiapello defined as the “social critique” and the “artistic critique” of capitalism. The former was aimed at denouncing it as a source of misery and inequality, but also of selfishness; the latter focused on rejecting it as a source of disenchantment and oppression in the different areas of society and everyday life. In short, they pointed to criticism of exploitation and alienation, wanting to go beyond the then-hegemonic Fordist-Keynesian commitment and “liberation” through consumption to defend autonomy around an “us” (that was still sexist then) as opposed to systemic heteronomy.

It was the breach and the substratum (Edgar Morin) opened by 1968, despite its political defeat (with the consequent frustrations, despair and cooptation of many of its protagonists by the system) that created the right framework for the irruption of what are conventionally referred to as “new social movements.” Because, although we cannot say that 1968 was feminist, “without 1968, feminism would not have become a mass phenomenon,” since it “forced a generation of women to settle their accounts with politics” (Lidia Cirillo), taking to the ultimate consequences the formula “the personal is political.” The same could be said of environmentalism, based on criticism of capitalist urbanism and everyday life, of which Henri Lefebvre was a pioneer, as well as the denunciation of the society of entertainment and consumption, coming mainly from the Situationist International. Especially in Germany and Great Britain, this environmentalism merged with radical pacifism, which became the protagonist of a powerful movement against the threat of nuclear war in the 1980s.

All these processes were followed in the Spanish society of those years, especially by the new generation that was starting university and joining the workforce, though on a much smaller scale and with far less intensity. The particular and harsh conditions in which we were fighting the Franco dictatorship did not facilitate an outbreak of protest similar to that which occurred in countries such as France or Italy. However, beginning in 1965, a student movement had developed that was capable of defeating the regime’s official trade union and setting up a democratic trade union movement that was supported by the majority of students. The year 1968 was precisely the culmination of the rise of a cycle of struggles, and Raimon’s concert at Madrid’s School of Political and Economic Sciences on 18 May is perhaps the event that has most strongly remained in our collective memory. An increase in repression would follow which would lead to the proclamation of a state of emergency in January 1969 after the murder a few days earlier of student and Popular Liberation Front activist Enrique Ruano by Franco’s police. In his justification of these exceptional measures Franco’s minister at the time, Manuel Fraga Iribarne, did not hide the fear of a contagion effect stating that “prevention is better than cure; we are not going to wait for a May day after which getting everything back in order will be more difficult and come at a higher price.”

Today, fifty years later and regardless of the different career paths of those of us who belong to the “generation of ’68,” we have a legacy that is well defined in these words of Daniel Bensaïd: “What matters are not the ashes of May 1968, but its embers, the resurgence of those possibly defeated and rejected.” Embers that continue to smolder in the waves of protests that have been happening since then and that continue to generate potentially anti-systemic movements that seek, as proposed in a manifesto published on 9 May 1968 in France: “to escape by all means from an order that is alienating, yet so strongly structured and integrated that simple opposition always runs the risk of being co-opted.”

Photography : May 31, 1968. Gaullist demonstration in the streets of Toulouse.