A key issue for the ICIP 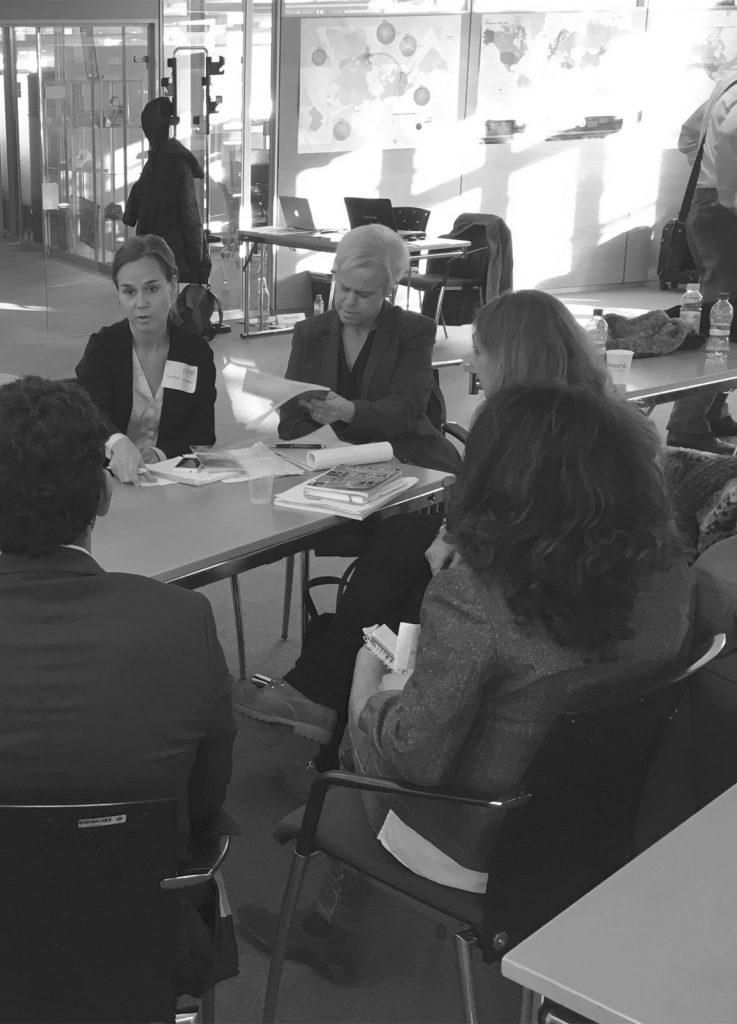 The 20th century witnesseda rise and fall in the State’s role as the main actor in the International arena. Throughout the century, the state increased its role as the unifying element that helped explain the world and the relations within it. In 1920, only 42 states were members of the League of Nations while nowadays there are 195 members –representing 99% of the world population- in its successor, the United Nations1. For many decades, the debates about international politics and power would inevitably gravitate around the role of the states in conflicts or geopolitics. Everything was interpreted with the state as the centrepiece; the states were very nearly the only actors in international relations.

The late 20th century and the early 21st century saw the arrival of another paradigm in international relations, with states progressively losing their prominence. There are now intergovernmental or international institutions (like the United Nations, the International Monetary Fund, the European Union…) but there are also private actors who are gaining ground in the various spheres of power, questioning the present status quo of state-centrism. In 2016 we found a good example with the company with the highest income in the world: Walmart. This American behemoth had a higher GDP than Belgium, the 24th largest economy in the world. And what had traditionally been exclusive to the states, like the protection –and the violation- of Human Rights, also became an issue to be dealt with by other actors like these giant corporations.

ICIP has always been interested in this evolution and in the role of business in matters of conflict and peace. Within the frame of the program “Conflictes Armats, Dret i Justícia” (Armed Conflict, Law and Justice), this interest has been shown in different ways. The most obvious one is the process leading to the creation of an international research network centred on the role of business in armed conflict and the violation of human rights: BCHR. Back in October 2011, ICIP held a first conference in Barcelona, dedicated to analysing the role and responsibilities of business in situations of conflict, considering that it was a factor that was gaining increasing importance in the agenda. The conference was centred on the role of business in three focus points: the international weapons trade; companies providing military or security services; and the private companies –be they national or international- who do business in conflict zones, with a particular focus on the exploitation and the illegal trade in natural resources.

Two years after that, in January 2013, the second conference was held in Barcelona. The participants showed a great interest in the creation of a network focused in three great themes and their connections: business, conflicts and human rights. Their main contribution would be to link and strengthen the knowledge brought to the table by academic circles and NGOs.

The third conference was held in November 2014 in London, with Amnesty International’s support. The foundational charter of the network was presented and debated then, along with the creation of a web page, a monthly bulletin and the possibility of online registration into the network.

The fourth conference took place in Geneva in November 2015, with the support of the Geneva centre for Democratic Control of the Armed Forces (DCAF). This edition formalized the foundation of the International Network on Business, Conflict and Human Rights as a space looking to strengthen the communication between the researchers who work in these fields in a variety of disciplines and between these investigators and civil society organizations. The main activities that the web wants to develop are: a) hold an annual conference; b) to share information and research results, promoting the interchange of information among the members of the network and the public in general; c) to promote joint investigations among members and/or collaborate with other organizations; and d) undertake other activities like the organization of conferences, events, courses, workshops and publications.

And finally, November 2016 saw the fifth of our conferences take place in Geneva again, with the DCAF’s renewed support. We established four open work groups. One focused on private military and security companies; another on land rights and social conflict; one on business and peace building; and another on the weapons trade. Now the network has 159 people from 29 countries and belonging to 129 different institutions, and it has the potential to become a very fruitful space for debate and knowledge about a series of problems that are becoming an important element in the configuration of present-day conflicts.

Another example of the ICIP’s compromise with the study of the role of business is this very magazine that now, for the fourth time, deals with matters related to the business world. In 2011 it was the issue dedicated to “Private military and security companies”; in 2012 it was “Business and conflicts”; and in 2013, the issue dedicated to “Conflicts over resources”. In the edition we now present we are focusing on the relationship between business and Human Rights. In the first article, Nomonde Nyembe and Khuraisha Patel deal with the process of creating a binding treaty to regulate the business activities in this context. Claire Methven O’Brien then evaluates the National Plans on Business and Human Rights approved by ten countries, while the next two articles present opposing images: Richard Karmel focuses on the opportunity that human rights bring to business while Rafael Maldonado bring us the threatening scenario human rights defenders are facing in Guatemala, when they oppose the great mining projects that have the support of the country’s government. The last article is dedicated to a more local subject, with Michela Albarello analysing the “Catalan method” towards a centre of study and evaluation of the impact of Catalan businesses investing abroad.

The issue also includes an interview with Shawna Bader-Blau, the executive director of Solidarity Centre, an international NGO dedicated to improving work conditions around the world, and particularly in developing countries. In the “Recommendations” section we have also included some sources that give further background on the relations between business and the protection and/or violation of Human Rights.

And finally, the issue is completed with two opinion articles in the “Platform” section. One is by Jordi Palou-Loverdos, commemorating the 20 years of the murder of Catalan missionaries in Rwanda and the other is by Virginia Mazuela, going through the history of the International Peace Brigades NGO, winner of the 2016 ICIP Peace Builders prize for its support of Human Rights.

1. There are 10 states that do not have international recognition and 39 dependent territories