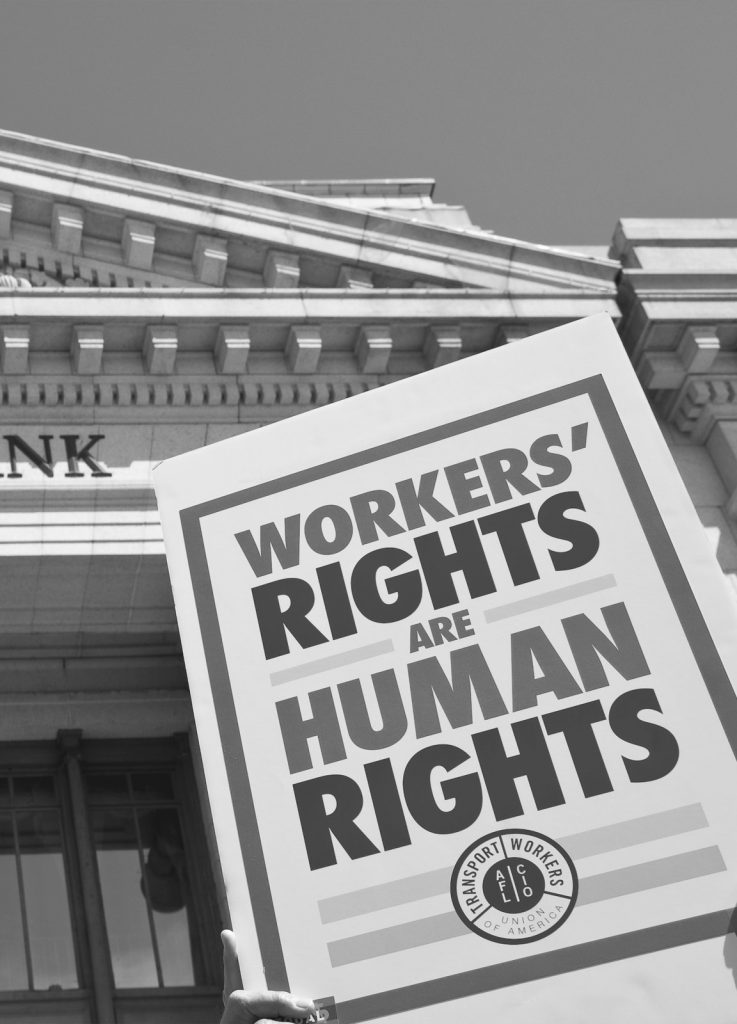 Whenever, ‘human rights’ is mentioned to people in business, the initial reaction is usually “what has that got to do with me?” Some six years after the United Nations Guiding Principles on Business and Human Rights (UNGPs) were unanimously passed by the United Nations Human Rights Council, most businesses have not addressed how their activities could cause, contribute or be linked to human rights violations. States have been slow in promoting the UNGPs, let alone legislating or regulating in this area. It is really only thanks to the EU that there is any movement in this area; the EU has required all 28 states to issue national action plans (NAP) that promote the uptake of the UNGPs within business. Ironically, given the Brexit decision, it was the UK which was first to publish its NAP and has even had time to produce a second version before many EU states have even published their first. However, the NAPs aren’t the panacea to provoke radical reform in business. At best, as they are without sanction, they are only increasing the awareness of how business has a role to play in preventing harm to vulnerable people around the world.

The UNGPs clearly set out companies’ requirements to respect human rights and even provide guidance on the ‘due diligence’ process by which they should do this. The UNGP Reporting Framework1 (an initiative of Mazars and Shift, launched in February 2015), in the words of Professor John Ruggie, the author of the UNGPs, “helps companies operationalise the UNGPs.”

Expecting business to implement ‘overnight’ fully blown effective frameworks and processes to demonstrate respect for human rights is unrealistic. However, it is reasonable is to expect all business to recognise that their activities and those of their suppliers can, and do have, the potential to harm people. This process of recognition is potentially the barrier that is preventing more companies from setting out on this journey. Either companies don’t believe that their activities can harm people or if they do, they don’t think it material to the business. Both are flawed views.

Whenever there is a new regulation or voluntary guidance, business will inevitably see this as a cost and ‘red-tape’ and to be avoided if at all possible. What is different with corporate respect for human rights is that it is not only an internal cost for external benefit, but an internal cost for internal benefit. The challenge is convincing companies that they will actually see improvement in their profitability and value as a result of implementation.

During 2016, some regulation and legislation was either enacted or has been signposted that it is coming within several countries in Europe and the EU itself:

· In the UK, the Modern Slavery Act requires all companies over £36m of turnover to make a statement setting out the steps that they are taking to eradicate slavery and human trafficking from their own organisation and their supply chain.

· In France, the largest public companies are being required to publish a “plan de vigilance” which includes reporting on how companies respect human rights in their own organisation and their supply chain. Failure to do so could result in a fine up to €10 million.

· In Switzerland there are calls for law change2 to require business to undertake mandatory human rights due diligence.

· In 2017, the EU Non-Financial Reporting Directive will require all public companies of 500 employees to publicly report how the organisation’s development, performance, position and impact of its activity respects human rights.

Whilst soft law, through the UNGPs, started the conversation in 2011, a catalyst for wider uptake has been the above-mentioned harder law.

However, it would be a mistake for companies to see this as a compliance issue. If they do, then it is unlikely that the people at whom the guidance and laws are aimed, let alone the business itself will see much benefit. On the other hand, if organisations see it as an opportunity for enhancing the culture of the business, for engaging with its wider stakeholder group and for providing greater respect to its employees, then companies will see profitable benefits from several different areas:

1. Engagement with employees. Where companies understand the needs of their employees and provide them with decent working conditions (free of harassment, discrimination, fair wages) then it is likely that employees become more productive and are unlikely to leave. In a study by the Center for America Progress, the cost of losing an employee can cost anywhere from 16% of their salary for hourly, unsalaried employees, to 213% of the salary for a highly trained position.3

2. Engagement with suppliers. Ever since the Nike incident of 1996 where Tariq, the 12 year old child, was seen sewing Nike footballs for a supplier of Nike, many of the world’s largest companies have published their supplier codes of conduct stating that, amongst other things, they expect their suppliers to treat their workers fairly and not abuse their human rights. However, many of these codes of conduct have been shown to be just words with little monitoring of effectiveness behind them.

At the end of 2015 in Indonesia, I met with the Asian head of procurement of a global garment manufacturing company which had been actively addressing human rights issues in their supply chain. His comments were unequivocal. Having started to implement the UNGP Reporting Framework, which required greater engagement and understanding of their suppliers’ limitations and expectations, there had been a reduction in the number of supply chain issues and an increase in the quality of their garments leading to fewer returns which in turn led to increased profitability. Whilst it was difficult to correlate or prove this improved performance directly, it wasn’t unreasonable to think that the principle of greater engagement and understanding had led to the improved performance.

3. Engagement with investors. Some years ago, Goldman Sachs created a large proprietary database of financial and non-financial data which it uses as part of its GS Sustain initiative. The firm reviewed 80 global companies over a two year period and found that those companies which reported on their ESG (Environment, Social and Governance) practices outperformed the MSCI World Index by 18% over a two year period. As Bob Eccles and Michael Krzus note in their book One Report, whilst Goldman Sachs commented that they “found no correlation between any of our ESG metrics and share price performance”, the conclusion was that ESG performance “is a good overall proxy for the management quality of companies relative to their peers.”

Mounting evidence shows that sustainable companies deliver significant positive financial performance, and investors are beginning to value them more highly. Arabesque and University of Oxford reviewed the academic literature on sustainability and corporate performance and found that 90% of 200 studies analyzed conclude that good ESG standards lower the cost of capital; 88% show that good ESG practices result in better operational performance; and 80% show that stock price performance is positively correlated with good sustainability practices.

4. Engagement with customers – According to business theory, the key question for companies is how to obtain and retain a customer. Once companies have a customer they need to strive to make that customer experience as exceptional as possible and that often means making that experience as personal as possible. In the past, I doubt whether respect for human rights has been high up on the agenda when addressing the customer experience. However, in these times of ever increasing transparency, corporate integrity, ethical behaviour (including human rights performance) and culture will filter through to the perception of the experience enjoyed by the customer. Companies which are seen to be causing or contributing to human rights violations and whose behaviours in addressing these issues are seen to be below par will put that customer at risk. Given the ever increasing reporting requirements and the wide use of social media, more and more customers are going to be taking such issues into account when making their purchasing decisions whether consciously or unconsciously.

The evidence is compelling

For companies to demonstrate how they are respecting human rights in their own organisations and their supply chains, the direction of travel is only one way. With increasing regulation most public companies in the EU (including the UK!) are going to have to report on human rights issues. Over time, it will just become part of the social licence for being in business. This equally applies to the many companies who are part of the enormous supply chains of multi-national companies. The sooner that companies embrace their moral responsibilities to protect those who are at risk from their activities rather than ignore them, the sooner they will see the many benefits and help preserve their future for the longer term.

Richard Karmel is responsible for Mazars’ award winning business and human rights reporting line in the UK. Along with his team, Richard has devised an approach to help protect the reputation of organisations whilst ensuring they align their activities with the United Nations Guiding Principles. Currently, Richard is a key member of the project team for the Reporting and Assurance Framework Initiative which has designed a government and United Nations recommended Reporting Framework that is a guide for companies on what good reporting of their human rights performance looks like. In September 2016, the team published their consultation draft on the related Assurance Guidance to act as a guide for both internal and external assurance providers. In 2014, this Initiative was officially supported by the United Nations Working Group on Business and Human Rights.