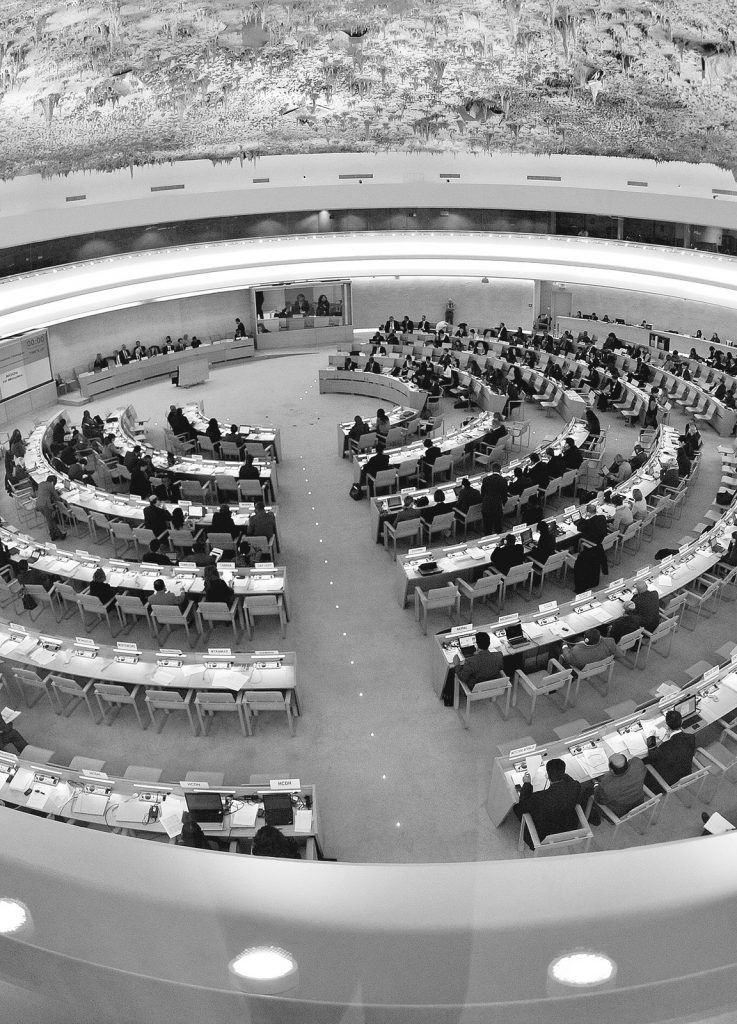 International human rights law treaties have traditionally charged states with the responsibility to respect, protect, and fulfil the rights of its citizens, emphasizing the importance of accountability for true human rights compliance. However, the process of globalization has enabled corporate entities to flourish and concomitantly increase their adverse human rights impact. These alterations in global actors and the impact of their work on human rights stand in contrast to existing state-centered obligations, resulting in both normative and governance gaps in the human rights arena that raise the question whether corporate entities should be similarly charged with the protection and fulfilment of human rights.

In this article, the authors first trace recent attempts by the international community to bridge normative and governance gaps in business and human rights interactions, pausing to focus specifically on the establishment of the Open-ended Inter-Governmental Working Group on Transnational Corporations and other business enterprises with respect to human rights (IGWG) for purposes of developing a binding treaty on business and human rights. Secondly, the authors posit what the form of IGWG as well as the jurisprudential and normative substance of the treaty should entail.

In response to growing concerns of the impact of the corporate entities on human rights, in 2008, the United Nations Human Rights Council’s (UNHRC) appointed the Special Representative of the UN Security General on the issue of human rights and transnational corporations and other business enterprises (SRSG) to investigate the dynamics and effects of this relationship1. The SRSG proposed the now prominent ‘Protect, Respect and Remedy’ framework on business and human rights which entrusts states with the duty to protect against human rights abuses by third parties, including businesses and imposes a responsibility on corporations to respect human rights.

Both state and business actors are required to make available effective access to remedies for persons affected by the conduct of both role-players. In 2011, the three-pronged framework was translated into the Guiding Principles on Business and Human Rights (UNGP) which were approved by the UNHRC. The UNGPs aimed at providing a global standard for preventing and addressing adverse impacts of human rights linked to business activity. In recent years states have been encouraged to realize these principles through the adoption of country-specific National Action Plans2. Importantly, the above-mentioned instruments all foreground the negative obligation on transnational corporations to only respect human rights standards and have been criticized as ineffective in holding multinational enterprises responsible for human rights violations committed by them or for their benefit3.

The ineffectiveness of soft-law instruments motivated calls for a binding treaty on business and human rights and resulted in UNHRC’s adoption of Resolution 26/9 in 2014 which established IGWG. In terms of its mandate, IGWG must elaborate on an international legally binding instrument that will regulate, in international human rights law, the activities of transnational corporations and other business enterprises. The first two sessions of IGWG during 2015 and 2016 constructed deliberation between states, NGOs, academics, business representatives and affected community representatives on the content and nature of the proposed treaty. The evident responsiveness of the UN to human rights concerns through the initiation of the treaty process is laudable, but to ensure that the binding treaty does not become another weapon in the inadequate arsenal against corporate impunity, it is necessary that firstly the composition of IGWG and its discussions are representative and secondly, that the substantive provisions of the treaty be grounded in a sound philosophical and normative basis.

The treaty should be founded on three interwoven approaches: a gendered, egalitarian and race conscious approach

To speak to the first point, in addition to contributors ranging from a number of disciplines, it is essential that IGWG itself along with the nature of and participants in its discussions are diversified in terms of gender, race, geographic representation and membership in various minority groups and affected communities4. The rights of individuals and communities with the above identities are generally at the forefront of the impact of business activities. Therefore, the inclusion of their voices will imbue the treaty-making process with greater legitimacy. Integrating varied perspectives further contributes to the birth of a comprehensive treaty; through the lived experiences of participants, drafters are alerted to the true nature and extent of normative and governance gaps faced by people and can therefore develop adequate and effective remedial mechanisms.

In relation to the substance of the treaty, submissions to IGWG have evidenced the need for the treaty to be acutely conscious of the disproportionate gendered impact of business operations and the heightened consequences for global south, low income countries and countries in situations of conflict. To this end, it is recommended that the treaty be founded on three interwoven approaches, namely, a gendered, egalitarian and race conscious approach. A gendered approach can impose proactive obligations on corporate entities to address prevalent issues such as wage gaps, lack job of security as well as violence and discrimination against women and gender identity and sexual minorities. Further, this approach allows links to be drawn between large scale displacement of women from vital points of livelihood and the feminization of poverty.

The use of an egalitarian and racial conscious approach can be used to deconstruct the racialized nature of economic and human resource exploitation, in many instances, global north corporate entities and their related economies are based in and built on the natural and human resource exploitation of less developed host countries. Inadequate national institutions, weak rule of law and bids to retain investment by the host state coupled with the uncertainty over national regulation with extra-territorial effect by states of the investing company have often enabled corporations to exploit host states and remain unaccountable for their human rights impact. These three approaches advance an intersectional stance to business and human rights and recognize that human rights impacts may vary depending on the multitude of identities possessed by an affected person.

Positive obligations to protect, remedy and fulfil human rights should be imposed on corporate entities where they either directly or indirectly violate human rights

Finally, a further threefold recommendation is made as to the content of the substantive provisions of the treaty in order to encapsulate the above approaches5. First, in light of the indivisibility and interrelatedness of human rights, the treaty should guarantee the protection of all human rights over the protection of the rights of investors. Secondly, an accountability and remediation mechanism that is accessible, equitable, effective, predictable and transparent is crucial for a substantive change from the status quo in corporate accountability. Lastly, positive obligations to protect, remedy and fulfil human rights should be imposed on corporate entities where they either directly or indirectly violate human rights or regress from the realisation of these rights.

The move towards a binding treaty on business and human rights is a welcomed step towards effective corporate responsibility. To take full advantage of the reach of the proposed instrument, it is essential that IGWG pursues an inclusive and intersectional approach to deliberations surrounding the drafting of the treaty.

4. N Nyembe ‘Progress and Challenges to the process of the binding treaty’ (2016), presentation: 5th Annual Forum on Business and Human Rights, Geneva.