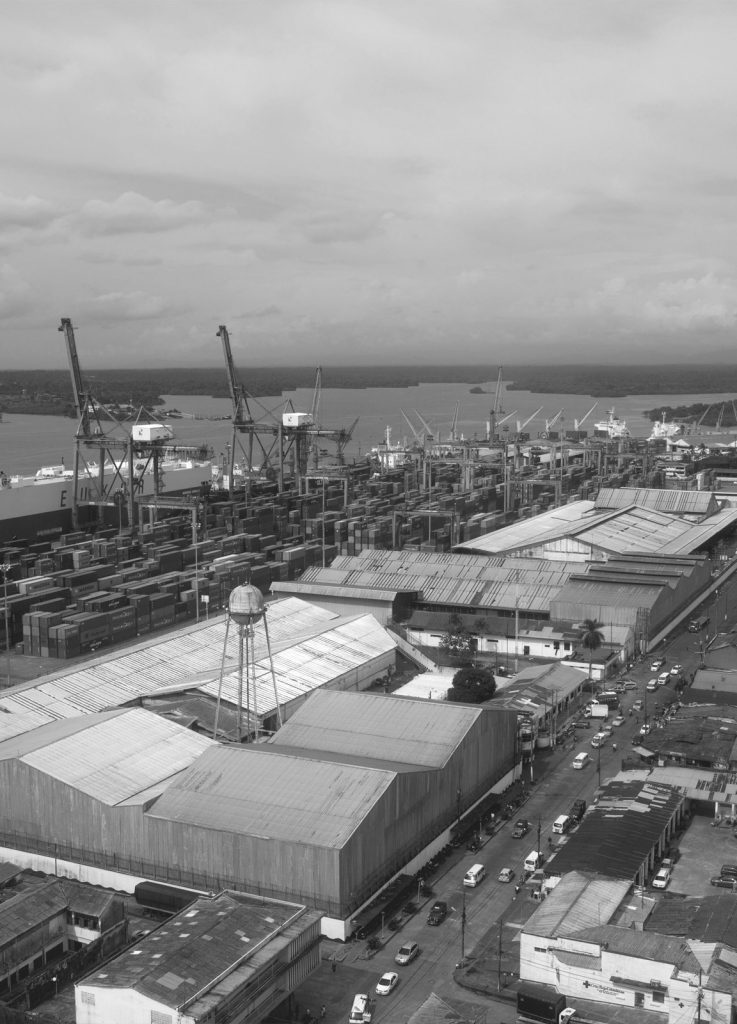 Although it may not seem like it, the concern of democratic institutions, civil society organizations and citizens at large for the violation of rights by major economic powers is long-standing. Chilean president Salvador Allende, in his last speech before the United Nations General Assembly, in December 1972, clairvoyantly warned of the possible dire consequences of a worldwide concentration of power, and therefore of wealth, and denounced that this situation would be very pernicious for humanity1.

To begin with, in December 2013 the Parliament of Catalonia approved a motion urging the Government to create a working group under the Development Cooperation Council to “develop a plan aimed at raising awareness among Catalan business enterprises operating abroad in places where there are Catalan international cooperation projects.” This working group was created in April 2014 and since then it has been meeting regularly, with proposals that aim to ensure efficiency and coherence among different policies, with the participation of the different sectors involved.

Furthermore, on 4 December 2014, Law 16/2014 of external action and relations with the European Union was approved. This law promotes the defense of peace, human rights and sustainable human development, and “ensures the consistency between actions to promote the economic internationalization of Catalonia and the guiding principles of the United Nations regarding companies and human rights, always safeguarding human rights in any action that takes place.”

In addition, the work carried out by the Taula Catalana Coordinating Group for Peace and Human Rights in Colombia, a platform of Catalan civil society organizations that was created in 2002, is worth mentioning. For over two years this organization has been involved in an intensive campaign to denounce the severe social and environmental impacts of the implementation of port megaprojects in the Colombian city of Buenaventura. Buenaventura is a port city on Colombia’s Pacific coast that exceeds all the rates of violence and human rights violations in the country. Sensitive to the demands of the communities affected by these projects, the Taula group decided to conduct a study on the effects and consequences of the investment by the Catalan company Grup TCB, majority shareholder of the container terminal at the port of Buenaventura, TCBuen.

The results of this study, “Setge a les comunitats. Els impactes d’una empresa catalana, Grup TCB, a Buenaventura, Colòmbia” (“Communities under siege: The impact of a Catalan corporation, Grup TCB, in Buenaventura, Colombia”)2, was presented to the Parliament of Catalonia on 26 June 2015. A delegation of representatives of the church, of the political world and of the affected communities of Buenaventura appeared before parliamentary groups that are part of the Commission for External Affairs and Cooperation, Institutional Relations and Transparency. In the hearing they explained that the city’s plans for economic and urban development were creating situations of violence with the direct or indirect involvement of Catalan corporations. As a result, all the parliamentary groups expressed their commitment to monitor the situation.

Following up on this commitment, in late April 2016, a Catalan delegation made up of representatives of civil society organizations and institutions visited Buenaventura. Among other objectives, the delegation had also been invited to attend the public hearing “Victims of development and an unconstitutional state of affairs,” organized by the Human Rights Commission of the Senate of the Republic of Colombia and various social organizations in Buenaventura. The trip also sought to find ways to generate direct links of cooperation and solidarity between Buenaventura and Catalonia, specifically Barcelona, given the importance of the “Barcelona brand” in this city on the Pacific coast. At the same time, “a Catalan (working) group on business and human rights,” composed of representatives of the organizations for global justice Taula and Lafede.cat, was formed with the aim of moving ahead with concrete proposals to counter the effects of the most deplorable actions of Catalan multinationals abroad.

This group testified a second time before the Catalan Parliament in June in order to define binding mechanisms of control and supervision for Catalan corporations, with the participation of civil society, in terms of human, social, economic, labor and environmental rights.

A progress report on resolution A/HRC/RES/26/9 (“Elaboration of an international legally binding instrument on transnational corporations and other business enterprises with respect to human rights”), promoted by Ecuador, Russia, India and South Africa, among others, and adopted by the United Nations Human Rights Council in 2014, was also presented on this day. In this regard the search for mechanisms that can fill the legal vacuum that allows for the impunity of transnationals is a common priority.

In addition, in late October, representatives of the Catalan working group attended the second session of the Intergovernmental Working Group of the Human Rights Council of the United Nations in Geneva (a group that, as was mentioned before, is working to achieve the creation of a treaty that is binding for transnational corporations regarding human rights) and the alternative summit that took place at the same time. In this international context similar proposals were discussed, such as a Swiss legislative initiative that could end up proposing a referendum on this issue and a French legislative bill. The significant level of maturity of the Catalan initiative was also highlighted.

Finally, as a result of the session in June and subsequent meetings with all the parliamentary groups in Catalonia, on 4 November 2016, the Commission of Foreign Affairs and Cooperation of the Parliament of Catalonia unanimously approved the proposal to create an “Impact Assessment Center of Catalan Business Enterprises Abroad.” This assessment center will have binding instruments to ensure compliance with Human Rights legislation and include the participation of Catalan civil society, the Government and Parliament, and it will be operational within eight months. Nearly two of those eight months have already gone by. Less time is left to make the political commitment of ensuring the priority of human, labor and environmental rights over corporate profits and power a reality.