How to survive political polarization 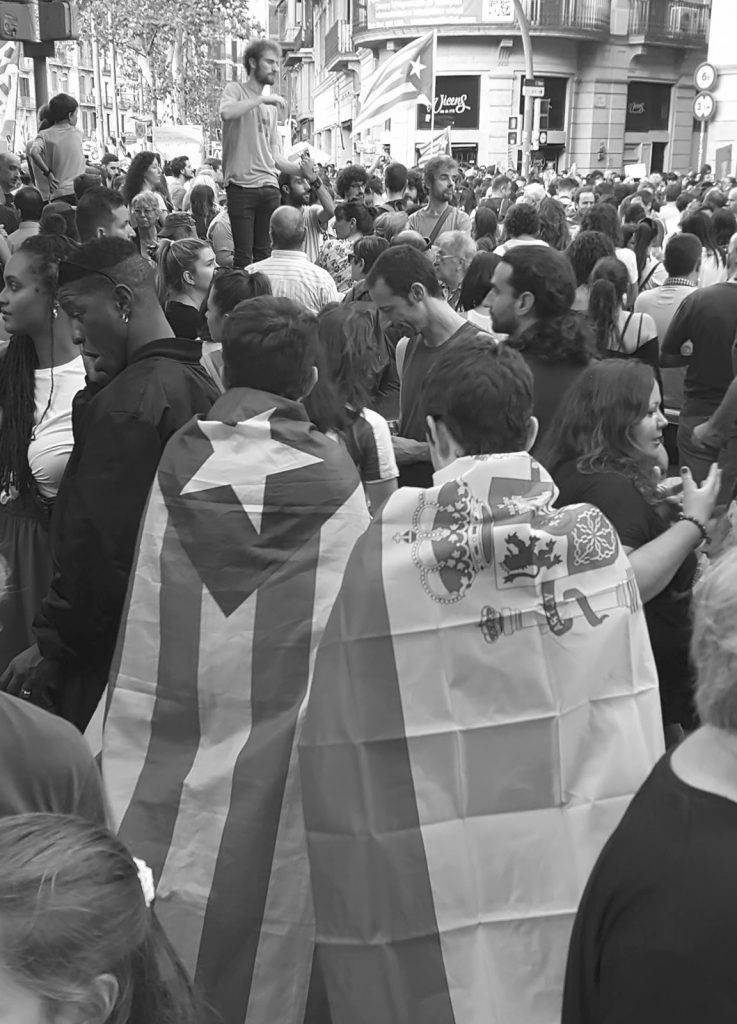 A famous educator, Philippe Perrenoud, asks in his latest book what the fundamental orientation of education is and whether educational centers educate for school or for life. He concludes that we still educate for school and that the most frequent and common problems in life are rarely dealt with at school. He gave the example of conflicts and the limited importance given to dealing with them in the curriculum as a whole.

This reflection brings to mind what is happening in Catalonia and the way in which the conflict has been tackled and is being tackled. We are not politicians; we are educators and what concerns us is that our students learn and internalize a peaceful way of transforming conflicts. In our opinion, this concern has been lacking in both sides to the conflict. We are not interested in who is right; that is not the correct way to manage a conflict. We are much more concerned about the strategies and approaches that haven’t been used, the mistakes that have been made and, above all, the way to avoid the harmful consequences for coexistence in school and in any other scenario.

To this effect we also want to help our students develop their critical capacity so that they can assess the facts and information that they receive without assuming that what is true is what comes from “our side,” or just the opposite. Our job as educators, and as a society, does not end here. We also want to accompany them in their moral development so that they can build their own system of values.

In the conflict at hand a reactive approach has prevailed: initiatives to manage the conflict have been disregarded in favor of simply “reacting” to what was happening, especially in the case of the central government. With this approach violence has been resorted to in its various forms: physical violence against people; legal violence, with the application of Article 155; or prosecuting and jailing certain renowned people for their specific activities. We have forgotten what Bakunin already said long ago: “A problem resolved by force remains a problem.”

The relationship and confrontation have been approached from an “I-win-you-lose” perspective, and by both sides: from unilateral decision-making, ignoring all rules and regulations, to the proclamation of the complete annihilation of the opposing side. And if one thing is clear it is that this approach only leads to a situation where both sides lose and nobody wins. Another very clear “win-win” approach is necessary, in which both sides can recognize their legitimate interests and needs, seeking the maximum consensus possible.

We have forgotten what Bakunin said: “A problem resolved by force remains a problem”

Only with a different approach can political and social polarization be overcome, and the restoration of peaceful coexistence based on respect lead to an agreement. There is a lack of people and organizations concerned about building bridges and recovering another type of relationship. This would allow dealing with existing differences in a different way in order to look for other answers and bring models of positive transformation to the fore. The teaching of how to manage conflicts that we try to teach our students can also be applied to this situation.

But how can one respectfully coexist with people who feel, think and believe differently? First of all, it is not necessary that we all be equal, but rather that we accept and respect our differences and look for the minimum and essential elements for a peaceful coexistence.

There may have been moments of tension that have led to forced silence or avoidance of certain topics in get-togethers with friends, in WhatsApp groups or on work breaks with colleagues. But the strategy of avoidance does not necessarily prevent conflict, which can remain latent, nor does it repair damaged relationships. The use of verbal violence or the argument of force (instead of the force of argument) do not prevent or resolve conflict either.

Conflict theory proposes cooperation, dialogue, active listening, recognizing legitimacies, trying to understand the other party, and understanding and respecting emotions. It is necessary to recognize the legitimacy of each party regarding their positions and approaches and to look for the part of truth that may lie within. This implies not making value judgments of the other party, or insulting them and searching for hidden intentions. And, above all, it means not “adding fuel to the fire”; in other words, eliminating all statements or actions that do not contribute to defusing the situation and, in fact, make it worse. No one has a monopoly on truth and it is fair that the conflicting parties recognize each other’s legitimacy regarding their aspirations.

Only with a change in approach can political and social polarization be overcome, and the restoration of peaceful coexistence based on respect lead to an agreement

Emotions are another key point to avoid or reduce polarization. The political and social situation we are experiencing is so emotionally charged that our rational thought is impaired. In addition, this results in a tendency to think not only that our ideas and beliefs are better than those of others and that theirs are therefore wrong, but to despise the other party for not realizing it. In this sense, we have been able to experience, firsthand, estrangement between friends with whom it has become increasingly difficult to deal with certain issues because our emotions have set off alarm bells and we have decided to protect ourselves. We can only resolve this problem on the basis of respect and the will to find common ground, so we cannot eschew dialogue, either to talk about what divides us or to decide, by mutual agreement, how to deal with the situation, or if we are willing or able to do so.

In addition, uncertainty does not help to keep calm and in this respect we cannot ignore the role played by the media. With regard to the situation in Catalonia these media have clearly taken sides with one position or another, either with opinions that are sometimes presented as news, or with half-truths and even falsehoods, which contributes to consolidate and increase social division. On the other hand, we have a lot of information; so much so that it is difficult to process and, more importantly, to differentiate. Social networking sites, live broadcasting of everything that happens, and the continuous updating of news in digital newspapers does not make it easy for us to calmly analyze the situation. How many moments of tension between relatives, friends and colleagues have been triggered by a rumor based on inconsistent or fake news, or on an isolated incident taken out of context? We enter into a vicious circle that must be broken: we need calm to critically analyze what is happening and truthful and objective information to be able to keep calm in complex situations.

In personal as well as in social relationships we must insist on the search for an agreement over the exacerbation of differences; recognition of the other party over contempt or marginalization; the non-use of force and recourse to dialogue over the abuse of power or violence. It is not about coming out ahead or proving who is right. On the contrary, it is more about reinforcing and mending ties; about creating conditions so that we can all live peacefully, reinforcing the many things that unite us and accepting the legitimate differences that lie between us.

And this is precisely the hardest thing for us: to accept that people and groups are very different; that their positions and thoughts are also legitimate and that only from plurality and respect for difference can coexistence be built. This is what we lack, what frightens us and, as a purely emotional reaction, leads us to consider the use of force, consciously or unconsciously, to achieve our own goals above everything else.

Violence leads nowhere. In fact, it only makes things worse. Let us use words; let us use dialogue and thus avoid having to prove our great poet Antonio Machado right, once again, when he said “in Spain, of ten heads, nine clash and one thinks.” Let us use our thinking skills to reach agreements, not to intensify the confrontation.