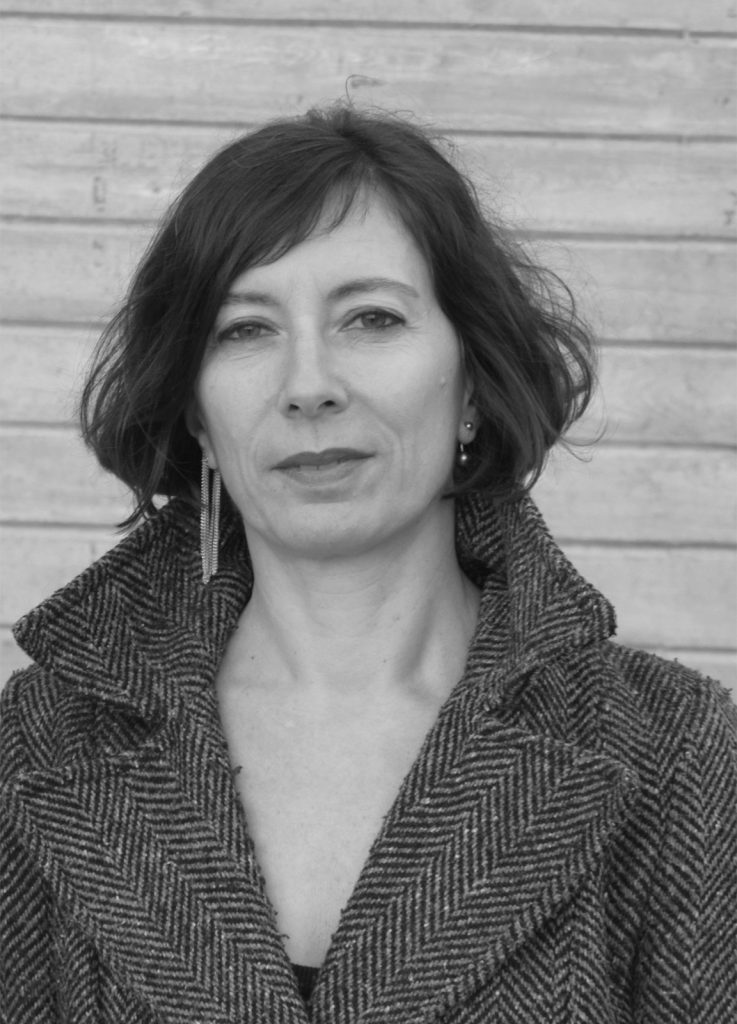 Simona Levi, born in Italy and a resident of Barcelona, is a playwright, theater director, activist, cultural manager, multidisciplinary artist, researcher and teacher. As an activist, she has worked in the field of free culture, digital democracy, the strategic use of digital tools for organization and collective action, the fight against corruption and the renewal of democracy. Through her work in the Xnet project, dedicated to the promotion of digital rights and online democracy, Levi is one of the most authoritative voices in this field in Catalonia.

The concept of e-democracy or digital democracy is becoming more and more popular. How can digital tools help strengthen participatory democracy?

Technology allows us to take a big step forward towards real democracy because it facilitates a disintermediation between citizens and their institutions. Citizens have always needed the political party as intermediary to be represented in the architecture of governance. With the Internet, the word of our representatives is not the only thing we have because we can watch them on video while they address Parliament, and they can post what they have done or are going to do… In short, we can watch them more closely. Representatives are important; the idea is not to get rid of them, but their role ended up becoming authoritarian because we weren’t able to monitor their work. Now disintermediation is transformed into collaboration between citizens and their representatives; it is no longer an act of faith.

In recent years we have seen several cases where social networks have become a tool that have allowed the calls for citizen mobilization to reach more people. But apart from an increase in quantity, has the quality of participation also increased?

There have been two different phenomena. On the one hand, disintermediation has allowed the leadership of struggles to become more widely distributed. We have seen how many marginalized groups or groups that could not organize due to logistical issues have had the possibility to become visible and create a space for themselves. Democracy increases because it becomes more diverse. On the other hand, when there is a process of disintermediation, we are changing the status quo and the monopolies of intermediaries, such as political parties and unions. These actors make themselves out to be the representatives of all struggles and send the mobilized people home. After a moment of large-scale action and social transformation, such as with the 15-M Movement, the map moves but others are quickly created for us. The most passive part of public opinion is taken in and draws attention away from the groups that are really active to focus again on the intermediaries. When the use of technology for democracy is flawed, a large part of the responsibility lies with these intermediaries, in the form of new parties or old “updated” parties, that seek to take over the space of governance and organization for the struggle created by social movements. While the Internet allows for much healthier forms of participation than before, the infantilized use of it by political parties turns it into a fake, a simulation, in order to hide forms of distributed leadership that could be used to configure a new democracy with the demos at its heart.

With the use of technology, the leadership of struggles has become more widely distributed. Many marginalized groups or groups that could not be organized due to logistical issues have been able to become visible

Is there a risk that traditional methods will become obsolete?

Technology alone cannot resolve governance because the human factor is always the most important factor of all. Nor can we leave it in the hands of intermediaries because their ontological concern is not losing power. The worst thing that can happen is to believe that technology is a panacea that solves problems with algorithms. Technology must be used to distribute leadership and put people in the center. This process would make certain formats as we understand them today obsolete. For instance, up to now elections have been the only way people could have an impact on their institutions. With a change in the model, however, voting could become just another feature, instead of the only one.

Does the future lie in moving towards a system in which citizens can directly intervene in the legislative process? Are we ready for this leap?

We are seeing that all institutions, even those that sincerely make an effort in this regard, treat the participation of civil society with paternalism. As an activist and citizen without any specific training, I have been making amendments to laws for a long time now; that is, I do the work that members of parliament do. I do it because I want to, not because it is intended for me to do it. When they tell us we can “participate,” it is never really to participate in drafting legislation; it is in a very generic way that has no effect, as if we were making a wish list. We are not asked to exercise the same responsibility or the same capacities that members of parliament should have. In civil society there are people with training in certain areas, or that have competence as an affected party, who could transform these competences into laws, but who do not have the channels to do so. The channels exist, but, once again, it is not a problem of technology; it is a problem of the protocols established by parties, institutions and governments. They never ask us to amend; they ask us to participate, almost playfully, as one does with young children.

What are the main challenges we face to achieve effective digital democracy?

The architecture of democracy – a chamber of representatives, institutions, a division of powers, etc. – is fine, but we have to rethink how we fill it. With regard to technology, there are four mechanisms derived from the decentralized structure model of the Internet that can be put into practice combined and in a completely analogous manner. In the first place, there is transparency, which must be absolute for institutions and with strict privacy safeguards for people. Transparency is crucial because if we do not have the information we cannot decide or make proposals. Secondly, a wikilegislation must be created allowing any bill of law to be amended by the citizenry in the same way that it is done in parliaments and with the same responsibility. We should not confuse participation with freedom of expression. The third mechanism is the real right to vote. At present, we can choose from a limited catalog of parties once every four years, but only our representatives have the real right to vote. We delegate our right to them, but if a party does not respect their program, a space should be created where the citizenry could vote to withdraw the delegation of this right from those representatives. Finally, the fourth mechanism is referendums. Often parties and governments think of them as the only purely democratic tool, but it is important to bear in mind that they always develop a polarizing dynamic between yes and no. In the new model, a referendum would only be used in cases where amendments are not possible, such as international treaties, and only after other options have been exhausted. In this way, we do not build a democracy around polarization; instead, we work collectively to resolve dissensions.

In digital culture, confrontation makes no sense in itself; it is a culture that is deeply democratic, distributed, non-discriminatory and nonviolent

What role does nonviolence play in cyberactivism?

Contrary to their bad reputation, online practices and those of hackers are very peaceful. In digital culture the idea that the union is sacred and can never be challenged does not exist. When there is a conflict in a programming community, a natural separation occurs between the part that wants to go one way and the one that wants to go another. This separation is considered sacred because divergences are seen as a positive phenomenon. The same objective can be achieved with different methodologies, so separation implies that there will be more widely distributed and diverse ways to achieve it. Therefore, in digital culture, confrontation in itself makes no sense; it is a culture that is deeply democratic, distributed, non-discriminatory and nonviolent.

One of the forms of Internet-based activism is hacktivism. Can your strategies lead to a violation of rights?

Those who work the hardest to protect certain rights in the digital age, such as the privacy of individuals, are precisely the hacktivists. The hactivist sector is the only one that is providing civil society with tools to protect their privacy and right to the inviolability of communications. The violations we are seeing with mass surveillance or the curtailment of freedom in the digital world comes from institutions; as always, it is civil society that provides solutions to defend rights.

What has been the evolution of the different strategies of cyberactivism?

The Internet is a very new tool and, at the same time, one of daily use for almost everyone. It is used with more or less technical expertise, in actions ranging from social struggles with tools like Twitter or Facebook, which were designed as a space for leisure, to the creation of self-protection software and of spaces for sharing information that runs counter to the official establishment line. There is one layer that is accessible to everyone and a more technological layer that allows us to continue using and defending the Internet for the people, instead of leaving it in the hands of the usual powers that be.

In comparison to classical activism, do ICT-based activism strategies have a greater influence on the citizenry? Do they have the same credibility?

Unfortunately, the influence is not greater since the powers that be are appropriating the digital world. With regard to credibility, they are trying to sell us the idea that fake news and bots are created by ordinary people. It is the same strategy used with corruption: “people are corrupt.” But it is ministers, political parties or big corporations that are corrupt, just as fake news is created by the mass media and political parties that hire companies that use social networks to spread propaganda. Technopolitics has not overcome the propaganda of the system; instead, it is the propaganda that is appropriating the spaces of freedom of technopolitics.

How does cyberactivism affect the so-called post-truth era?

We have to be very careful because the discourse of hatred, fake news and Internet criminalization is exactly what the institutions want in order to regain the power they have lost because of social networks. The criminal code is already working on harassment, threats and slander, but blaming all of this on the tool is akin to promoting the prohibition of the freedom of expression and publication. Fake news spreads because there are businesses behind it. No individual, even if he or she is an influencer, has the ability to massively spread false information, unlike the establishment and the mass media.

Catalonia has a long tradition of nonviolent activism and of promoting peace. What is the importance of digital activism in the “procés” (Catalan sovereignty movement)?

Catalonia has proven to be an incredible example of nonviolence. Even the most hostile media have had to admit that, despite provocations and infiltrators, people have internalized the importance of nonviolence. On the Internet we have also seen the same violent provocations that have been experienced in the street, so it is important to internalize that the image and narrative of violence contribute to stain a peaceful struggle. On the other hand, the only space available to break the information blockade sustained by Catalonia has been social networking sites. And disinformation and propaganda have become more visible. In this regard, there is still a lot of work to be done and not much time to do it before it is too late.