Tica Font
Director of the International Catalan Institute for Peace 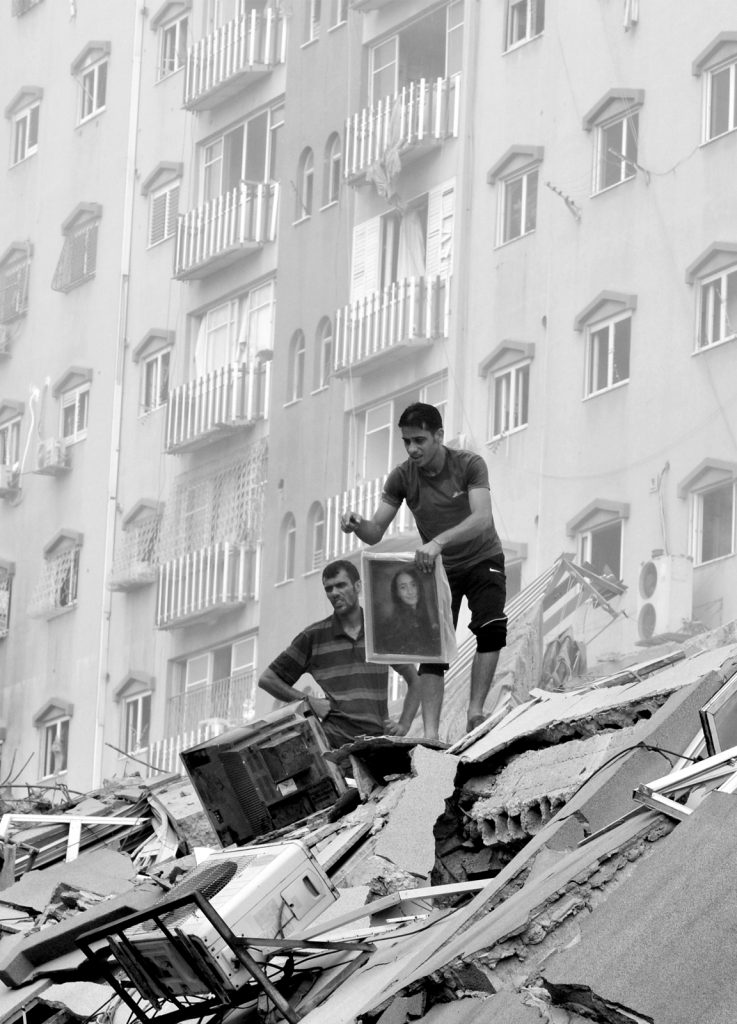 In conventional wars, the battlefield was the physical space where armed confrontations or battles were fought between armies. Until World War II, battles took place in unpopulated areas and most of the victims were soldiers. In today’s armed conflicts, the civilian population has become a target of war, in war scenarios or battlefields; each side battles the other by attacking the population that identifies with the opposing side or enemy. They all try to obtain their subjugation by generating fear and terror on the population.

Every day, explosive weapons are used in densely populated areas in Syria, Yemen, the occupied territories of Gaza, Iraq, Libya, Somalia or Ukraine, causing immense damage to the civilian population. The widespread use of explosive weapons by government military forces and armed groups in cities, towns and villages results in thousands of deaths and injuries among the civilian population, the destruction of infrastructure that is essential for people’s lives and the destruction of their livelihoods.

In all these countries there are patterns of death and destruction that repeat themselves: all the armed actors use explosive weapons against the civilian population. They drop explosives from the air or launch them from ground systems: bombs, rockets, missiles, mortars and artillery, or improvised explosive devices, such as car bombs. In Syria, for example, Assad’s army has dropped explosive barrels full of shrapnel on several cities, and both the short-term and long-term effects on people are devastating. All these explosive devices hit areas where a lot of people congregate: houses, markets, schools, parks, hospitals, health centers, public buildings or places of worship. But they also destroy infrastructure that may be vital, like the systems of water treatment and distribution, the power supply and sewage systems, streets, roads, ports or airports, and productive infrastructure, such as shops, businesses and farmland.

“Beyond the physical and mental suffering of the victims, shelling destroys and damages infrastructure that is vital to the civilian population”

In the conflict in Syria, in the city of Homs, where government troops and militias have been fighting for every inch of territory, the use of explosives has caused the destruction of nearly all the houses in the old city. In the ancient city of Aleppo, entire neighborhoods have been destroyed and, for weeks, its inhabitants have not had access to water. The lives of the residents of these neighborhoods have also been destroyed.

The devastating impact of the use of explosives on the population is incalculable.  According to the United Nations Office for the Coordination of Humanitarian Affairs (OCHA), only in 2015, 1.2 million Syrians have been forced to flee their homes, some for the second or third time, in addition to the 7.6 million people who had already been displaced.  In early July 2015, the number of Syrian refugees in other countries amounted to four million, the biggest refugee population from a single conflict in the world in the last twenty-five years. 1 In the four years of war in Syria, more than 250,000 people have been killed and over a million have been injured.

There are 12.2 million Syrians, of which over 5.6 million are children, who still need humanitarian assistance – a figure twelve times greater than the number of people needing assistance in 2011. About 4.8 million of them are estimated to live in areas of difficult access or areas under siege by armed factions. The data also indicate that between 80 and 90 percent of those killed or injured by the use of explosive weapons are civilians.

The worst humanitarian consequences of the bombings can be seen in their frequent use in areas in which combatants are mixed in with civilian populations. By way of example, consider the damage inflicted on the population of Gaza in which, in the summer of 2014, the main Israeli military strategy was shelling. According to OCHA, over 85 percent of Palestinian deaths (1,845) were civilians, and over 400 of these casualties were children. By contrast, Israeli forces suffered 67 fatalities, of which 64 were soldiers, two civilians and one a foreign citizen. As for injuries, there were 9,536 among the Palestinian population, of which 2,877 were children.  Almost 30 percent of the population of Gaza has been displaced (520,000), including almost 65,000 people whose homes were destroyed or damaged without the possibility of repairing them and, therefore, without the possibility of return. If the Israeli military strategy had not consisted of bombing cities, the damage to the civilian population would have been much less. 2

The civilian population bears the brunt of the violence, not only because many people die or are injured, but because of all the suffering that living in the midst of war entails, including the affliction of poverty, insecurity, malnutrition, limited medical care or looting. Aid agencies estimate that 80 percent of the population of Yemen needs some sort of protection or humanitarian aid, representing an increase of 33 percent with respect to pre-conflict figures.

Beyond the immediate physical and mental suffering of the victims, bombings destroy and damage civilian infrastructure, such as schools and hospitals, or services, such as the waste disposal system, all of which are vital to the population. This type of damage affects the ability of state and local governments to provide basic services such as health or education. This results in inadequate medical care, the closure of many schools and universities, and a lack of fuel or damage to vehicles like ambulances, which hinders the transport of patients to medical facilities. When families flee and leave their homes, there is an exodus of workers, including doctors, nurses and teachers; professionals on whom the functioning of the country depends.

ldquo;Behind every statistic on the consequences of the use of explosive weapons in populated areas, there are thousands of individual stories that should be collected and remembered”

In terms of development, Syria has gone back, over these years of war, to levels of four decades ago.  Since the conflict began, in 2011, it is estimated that life expectancy has been reduced by nearly thirteen years and that school attendance has fallen by more than 50 percent. The twelve indicators of the Millennium Development Goals have also dropped in Syria. The Syrian economy is estimated to have contracted by 40 percent since 2011, causing the majority of Syrians to lose their livelihoods. In late 2013, an estimated three out of four Syrians were living in poverty, and 54 percent were living in extreme poverty. 3

The widespread use of explosive weapons also leaves explosive remnants scattered throughout the territory; highly contaminated sites that will continue to be a serious threat to the population if these remnants are not removed. The process of removing them can last decades, with the resulting risk of causing more deaths, injuries and limited access to certain areas such as farmland or schools. These explosive remnants may interfere with peace efforts in the post-conflict period, activities regarding humanitarian or development aid, and hinder the return of displaced persons and refugees, and their resettlement. They can also delay reconstruction and the resumption of everyday life.

Explosive weapons are being used wherever there is conflict, including densely populated areas. The humanitarian disaster that this entails is a major challenge involving the duty to protect civilians, emanating from international humanitarian law, under which certain types of attacks are banned when they are “indiscriminate” or deliberately directed against civilians. But there is no clear distinction that specifically precludes the use of explosive weapons in populated areas and, therefore, an international agreement to this effect – the protection of civilians – must be developed and ratified.

It is often difficult to relate statistics with people’s stories; it is difficult in such a short space to reveal the lives of the people behind the numbers, and even more so when they are far away. But behind every statistic, behind every headline, article, feature or report on the consequences of the use of explosive weapons in populated areas, there are hundreds of thousands of individual stories that need to be collected and remembered. These personal stories can humanize statistics, humanize us, and help us put pressure on international organizations to adopt political commitments that strengthen the protection of civilians against the use of explosive weapons in populated areas.

1. See the OCHA article ‘Syria: “Behind the broken windows… lives have also been shattered”