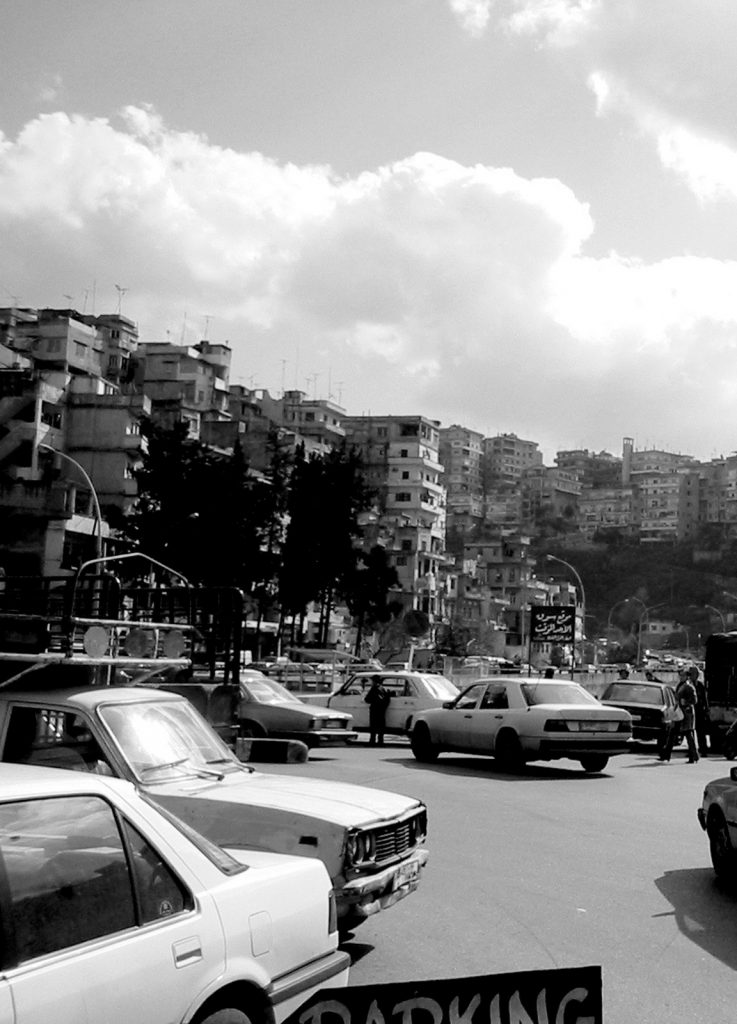 Tripoli is the second city in importance in Lebanon after the capital Beirut, and is the administrative centre of the Mouhafaza (region) of the North. Located in the middle of the eastern shores of the Mediterranean about 80 kilometres North of Beirut, it is impregnated with the accumulated imprints of the various civilizations that marked the area since the Bronze Age.

A major link between the Mediterranean basin and the Middle-Eastern hinterland, Tripoli evolved all along history as a Metropolis and a regional and county centre. It flourished acquiring prominence with its openness eastwards and westwards, while declined and shrivelled with its retraction in either direction. In the first half of the past century and until the beginnings of the Lebanese civil war, Tripoli assumed fully its role as the centre of North Lebanon, and its administrative, economic, cultural, health, services and activities pole as well as its hub of communications; its services radiated even far beyond the border to the peripheral Syrian regions as well as many middle eastern countries.

The civil war and its aftermath affected the Tripoli region with drastic mutations, disrupting its role as a regional attraction pole and breaking down its organic interaction with the surrounding regions, which do not converge any more towards Tripoli for business, education, production even communications, but have developed direct links towards the centre, Beirut. The marginalization of the city was further exacerbated through exclusion from the national reconstruction efforts after the end of the civil war concentrated mainly towards the centre.

“The civil war affected Tripoli with drastic mutations, disrupting its role as a regional attraction pole and breaking down its interaction with the surrounding regions”

Tripoli’s population is about 500,000 and the large majority of these are Sunni Muslims. Lebanon’s small Alawite community also mainly inhabits Tripoli, and their numbers are estimated to be about 30,000 people, living mainly in the Jabal Mohsen neighbourhood bordering the Sunni stronghold of Bab al-Tabbaneh. The two neighbourhoods are divided by Syria Street, Jabal Mohsen stands on a hilltop, Bab al-Tabbaneh stands below it. Indicators of poverty and extreme deprivation prevailed during the last 3 decades in both regions: very low-income levels, unemployment, illiteracy, infant labour, overcrowded houses, and deficiency of services, etc. They constitute fertile grounds for all sorts of delinquencies.

North Lebanon in general and Tripoli in particular is one of the most impoverished parts of Lebanon and is neglected by the central government, leaving room for extremism and anger to grow. Sunni Muslims and Alawites in Tripoli have been in conflict since the Lebanese civil war (1975 – 1990), During which Lebanese Alawites in the Jabal-Mohsen-based Arab Democratic Party (ADP) aligned with Syria, fought alongside Syrian Army against the Sunni groups which were based mainly in Bab-Tabbaneh. Before the war, the populations of the two neighbourhoods were interwoven.

Due to Lebanese political divisions hostilities continued intermittently after the civil war till March – 2014 when the Lebanese army received firm orders from the central government to put an end to this long lasting violence.  However, between 2008 and 2014 more than twenty cycles of violence erupted, each continued for several days to several weeks. In addition to the massive humanitarian losses Tripoli suffered severely from this violence especially in the following fields:

Citizens Displacements: with each violence cycle a flood of displaced citizens poured from the hot zone (Bab Al – Tabbaneh especially) into the quiet neighbourhoods of the city, and they were hosted in public schools and attended for by the Municipality of Tripoli in collaboration with the Civil Society who provided some of their basic needs during the successive periods of the clashes. Due to the extreme poverty of the displaced citizens they were practically in need of everything including food and medical attention. Another issue erupted when using public schools to host the displaced people was that schools buildings have to be rearranged and reequipped for this purpose including creating an ample number of bathrooms to face the requirements of these thousands of citizens in distress.

“Since the end of the clashes Tripoli institutes and organizations are trying hard to revive its economic, social and cultural activities”

• Destruction in the area: Each violence cycle left – in addition to the damage in buildings and residential apartments – widespread destruction of the main infrastructures in the area especially: electricity and public illumination, water and sewage systems, telephone networks, etc., and repair works has to restart immediately at the end of each cycle in order to restore normal living conditions. Weeks of hard work –day and night – were needed to return to acceptable services level in all fields, and government financial support was to be provided to those whose houses or shops were damaged partially or totally.

• An additional collateral damage was that affecting badly the image of the city, which has been classified by the national and international media as a dangerous spot of violence, and a stronghold of extremist groups, an image that resulted in further marginalization and isolation of the city.

Since the end of the clashes (March 2014) Tripoli institutes and organizations are trying hard to revive its economic, social and  cultural activities as well as services, supported by the World Bank, the French Agency for development (AFD) and the United Nations Development Programme (UNDP). Recently a Tripoli development plan called “Tripoli Vision 2020” has been formulated and supported by a number of advisory councils including influential key government officials and prominent businessmen in the city. The goal of the project is to provide a comprehensive framework consisting of promoting investment, investing, training, re-skilling, talent placement and output promotion to reinvigorate the city’s economy and livelihood.