Reality versus ethics, law and politics 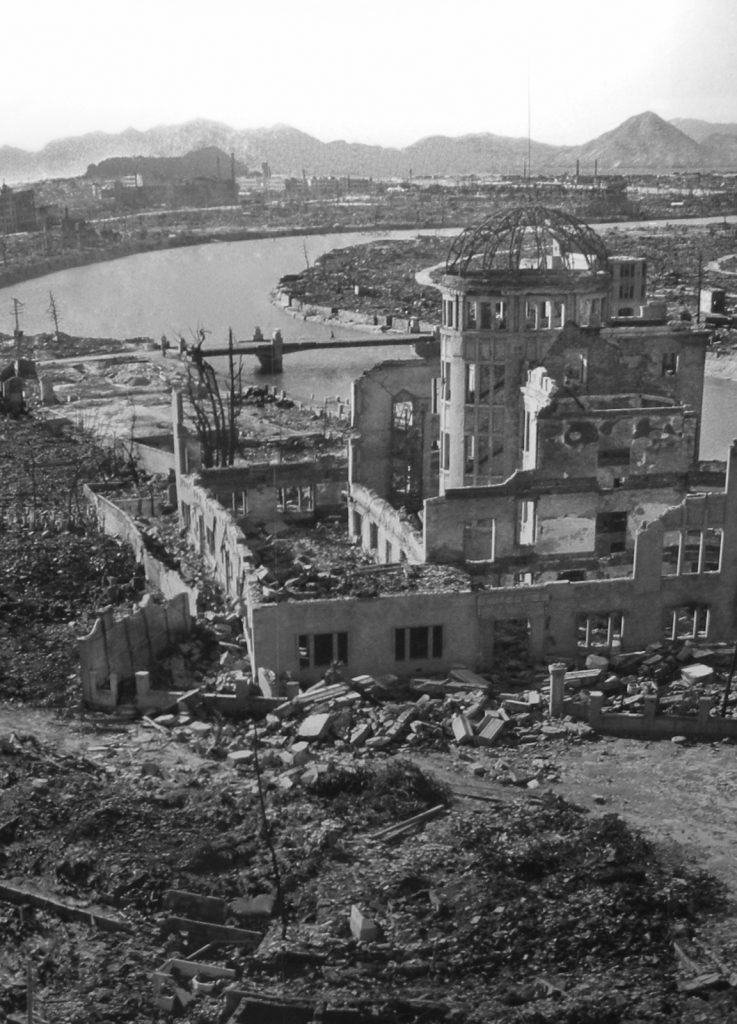 The Peace in Progress magazine has dealt with issues regarding humanitarian law in situations of conflict on several occasions, given the incredible speed at which the nature and location of armed conflicts change, as well as the considerable and constant technological revolution which has been a mainstay of military affairs since the beginning of the twentieth century. Whenever we have approached these issues, as is the case of military use of drones or unmanned aerial vehicles, we always come to the same conclusion that De Gaulle was right when he said that in politics – including international politics and that associated with armed conflict – every solution begets a new problem. This monograph once again demonstrates the problem in the case of the use of explosive weapons in densely populated areas.

We are referring here to the resort to bombing urban areas and civilian populations, often from aircraft, using a variety of weapon types, bombs, and shells. The articles included in this issue tackle different aspects of the problem from different perspectives: impact on the civilian population and infrastructure – for example, in the lives of women in Sarajevo-, the role of international humanitarian law, the use of aircraft as a weapon of war, and campaigns to regulate and/or ban the use and trade of explosive weapons.

The articles reveal, therefore, a growing and distressing reality: a reality that is always one step ahead of ethics, rights and regulatory and corrective action; a reality which invariably accompanies the emergence of new weapons and tactics and strategic doctrines for their use. However, we should not lose sight of the context, something that is often neglected in the analysis and practice of research for peace and by the associated social movements. Therefore, we have chosen specifically to focus on this context.

“While going to war remains to be such an easy option, explosive weapons and new technologies will be used in towns and cities inflicting direct and indirect harm on civilian populations”

As such, it is imperative to consider the changes in the nature and location of armed conflict and the revolution in military affairs stemming from technological developments (from copper to iron, gunpowder…) and/or how military force is organized (such as the revolutionary introduction of the Greek and later Roman phalanx). There has clearly been a shift in the nature of armed conflicts since the mid-1970s, both in terms of their geographic location and frontiers, as well as the number of victims, towards what are basically, internal, civil affairs with a sharp decline in the number of interstate conflicts. The post-Cold War era exacerbated this trend, according to registers of armed conflicts in existence, to the point that between 90% and 95% of conflicts are internal, an event which has given rise to a variety of definitions by different authors, who refer to the age of “small wars” (Singer, Zartman, Bloomfield), “guerrilla wars or wars of the third kind” (Arrissi), “non-Clausewitzian or non-trinitarian wars” (Kaldor, Holsti) or what are referred to generically as “new wars”. Since most internal wars affect urban populations, the obvious result is that victims of armed conflicts are increasingly civilians in their majority, which in turn prompts the massive movement of refugees and displaced persons, particularly women and children. Furthermore, despite the sophisticated arms race set in motion in the 1950s, since the mid-1970s, most of the victims are the result of light, short range, and unsophisticated “smaller” weaponry: assault weapons, rifles, pistols, small shells, mines and grenades, short-range missiles, cluster bombs, etc. In other words, explosive weapons. The very category of weaponry for which there are fewer disarmament agreements, arms controls and clamp downs, despite progress made in the area of anti-personnel mines and cluster bombs during the post-Cold War era.

The situation of explosive weapons used in urban settings, often densely populated areas, is not a recent development, nor can it be said to represent the latest strain on international law, ethics and politics. Each new technological advance applied to combat gives rise to fresh problems. For far too long, the foundation of humanitarian law and war (the distinction between combatants and civilians) has been severely worn down as a result of the change in the nature of war and armed conflict and because the “field of battle” has in fact since the Second World War, very often been towns and cities. Surely, we must minimize the impact – as several articles remind us, and block trade of explosive weapons to the countries and regimes we know are using them, or which may potentially use such weapons in densely populated areas, either directly or indirectly 1. As we must also regulate the use of armed military drones. The faster and more resolute our actions, the better.

In addition, I would like to emphasize the core idea in peace research and conflict resolution: the solution is to be found by looking for the underlying, fundamental causes, in other words, by seeking out the roots of the problem. And the root of this problem is militarism and the ever too frequent resort to the use of weapons to resolve conflicts. While going to war remains such an uncomplicated option, explosive weapons will be utilised in towns and cities and new technologies will be brought to bear in coming years inflicting direct and indirect harm on civilian populations. The fight against cancer strives to prevent metastasis and the struggle for peace must pour all its resources into preventing wars, not only to mitigate the impact.