Minorities and the prevention of conflicts. A role for the EU? 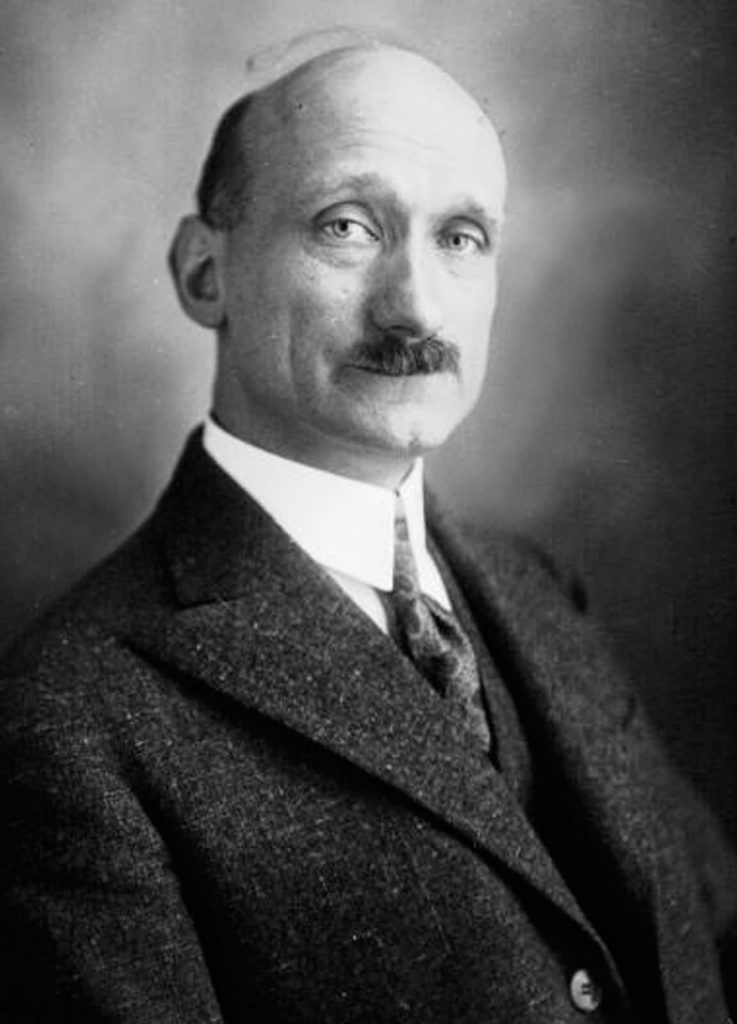 “World peace cannot be safeguarded without the making of creative efforts proportionate to the dangers which threaten it.”

The EU needs another Robert Schuman.

More than 50 years ago with Europe still deeply scarred by the horrors and traumas of the Second World War, French Foreign Minister Robert Schuman presented a proposal for deeper cooperation between European states “primarily for peace and to give peace a chance”. This initial Schuman plan for cooperation – and for the prevention of new conflicts in Europe – began in 1951 in the shape of a treaty between six countries (Germany, France, Italy, the Netherlands, Belgium and Luxembourg) for a common management of their heavy coal and steel industries1. This would, it was believed, prevent any of these states from making their own war weapons that could be turned against the others.

It was also the first step towards economic and political cooperation, and what would eventually become the European Union, a union whose origins are intimately linked to the prevention of conflicts.

The world has changed dramatically since the Second World War as have the institutions which took shape as a consequence of the Schuman Proposal. Even the very nature of violent conflicts itself has changed radically. Most conflicts until second half of the 20th Century had been, as in the case of the Second World War, between states. This is no longer the case: most of the wars today are not wars between countries. They are mainly ethnic conflicts, conflicts against the national government of a country which more often than not involves on the other side a minority (and in a few rare cases members of a majority such as in Syria), usually cultural, linguistic or religious. Some studies suggest at least 70% of the world’s conflicts in the last 60 years are in this category. The point that must be kept in mind is that the origins of the EU are intimately connected to avoiding conflicts between states, the prevailing form of conflicts at the time. But this is no longer the case: the vast majority of threats to world peace are conflicts between states and their own minorities.

The vast majority of threats to world peace are conflicts between states and their own minorities. The EU appears unable and unprepared to confront this reality

For Schuman, peace needed to be safeguarded by the “making of creative efforts proportionate to the dangers which threaten it.” Those creative efforts led to the union between countries of Europe, and the EU has been successful in ensuring peace between member states.

Yet the contemporary dangers which threaten world peace are no longer inter-state conflicts as they were in the days of Schuman’s efforts. They are now for the most part conflicts with minorities – and here the EU appears unable, unwilling or unprepared to confront a reality which no longer fits a state-centered paradigm designed for the mid-20th Century. There is perhaps more than ever a need to make new creative efforts for the new reality of the threat to peace.

Why conflicts and minorities

This evolution in the nature of conflicts worldwide has been reflected in the direction of organisations dedicated to peace and stability. The Organization for Security and Co-operation in Europe (OSCE), in the pursuit of its mandate for stability, prosperity and democracy, has established the institution of the High Commissioner on National Minorities as a conflict prevention tool. Various sections of the United Nations, including its Secretary General, have also recognised the direct connection between conflicts and the treatment of minorities, since the tensions must be seen for what they are: a symptom of underlying problems. As the then UN Secretary General indicated in his 1992 Agenda for Peace, the threat of ethnic, religious, social, cultural or linguistic conflict cannot be solved unless the “deepest causes of conflict: economic despair, social injustice, and political oppression” are addressed. Combating discrimination and the “protection of minorities are also key factors in the prevention of conflict”2.

While the connection may seem obvious to many, it still needs to be emphasised. Most conflicts involving minorities are more often than not associated with grievances, as identified by the UN Secretary General, and arguably not mainly about identity claims. While identity serves as a convenient rallying flag, and may be instrumentalised by political entrepreneurs for their own purposes of these grievances of discrimination, marginalisation and even exclusion, it is not the proximate cause of a conflict pitting an ethnic, linguistic or religious group against the central authority of the state: it must also be emphasised that this is now the main type of conflict in the world. Though there is no absolute consensus on this point, it would seem fairly clear that the “disregard for minority issues lies at the heart of these conflicts (…) Conflicts that could have been prevented flare up, as warning signs provided by minority rights violations go unheeded.”3. Minority rights are also human rights – just as are those of women, children and other vulnerable groups in society – and as the Council of Europe recognised in its Framework Convention for the Protection of National Minorities.

While minority issues are to a degree discussed within EU structures, particularly within the European Parliament4, they are essentially absent from any of the legal instruments framing the Union5. More telling, even disturbing, however, is the almost complete omission of any reference to minorities in the peace and stability initiatives outside the EU. For example, the Peacebuilding Partnership6, which has the objective of strengthening international and regional capacity to analyse, prevent and respond to violent conflict and disasters, makes no mention of minorities whatsoever – though refers to almost everything else including gender equality on a number of occasions. Similarly, the European Commission’s Instrument for Stability (IfS) refers in its annual reports to various areas of action or concern – including human rights, women, children, climate change, etc. – but there is not a single mention of minorities, who are usually one of the parties in most conflicts7.

This omission is not merely odd; it appears to fail to acknowledge the changed nature of conflicts since the end of the Second World War, the EU’s own historical origins, and the need to take imaginative measures to prevent future conflicts which more likely than not will involve minorities. It also fails to recognise the “underlying causes of conflict”, despite the claimed recognition of the importance of addressing them:

Long-term engagement in peace and state building and long-term sustainable development are essential to address the underlying causes of conflict and to build peaceful, resilient societies. The overall objectives of sustainable peace and development must be at the core of the EU’s response from the outset – the EU must also have a long-term vision for its short-term engagements and actions8.

It finally ignores the sad fact that Europe itself has experienced conflicts which involved minorities within a state, and continues to do so even today, often because of perceived unaddressed grievances which could be with violations of their human rights. The violent conflict known as the Troubles in the United Kingdom involved a Catholic minority in Northern Ireland claiming to be victims of discriminatory practices and continued for decades until a few years ago; the war which shook Macedonia in the 1990s was only settled once the Albanian minority were guaranteed tertiary education in their own language and a fair proportion of employment opportunities in municipal and other state institutions; and, in Italy, the growing threats of more terrorist attacks by a few extremists from the German-speaking minority in the 1960s subsided thanks to an autonomy arrangement which guaranteed their language, employment and other rights. The increasing disquiet for minority communities in parts of Spain has much to do with the sense that some of the gains made under the constitutional autonomy guarantees of 1978 in areas such as education, language and culture are no longer as secure as they once were thought to be. France itself – while denying the existence of minorities on its territory – still faces a conflict with elements of the Corsican population, while the Ukrainian Government’s mishandling of minority issues in 2014 in its aborted attempt to remove legislation on language rights provided perhaps the perfect ground for Russia’s moves to claim the Russian minority needed to be protected.

These, and numerous other situations of conflict as shown in the table below, show the need to reflect and reshape the EU’s (lack of) acknowledgment and approach to the causes of conflict which it continues to experience, both within and without its borders.

Schuman’s vision has succeeded in that peace between European member states has been achieved through a closer economic, political and legal union. But peace today is no longer threatened by conflicts between states: the dangers are mainly intra-state, usually involving ethnic, linguistic or religious communities with grievances of discrimination, marginalisation or exclusion by their own governments. This is true in all regions of the world, including Europe.

What is now needed, in the words of Schuman, are “efforts proportionate to the dangers which threaten [peace].” Internally, the silence and weakness of the human rights of minorities need to be more solidly positioned in EU directives, as has been done for the rights of women and the fight against racial discrimination. Externally, it is not helpful to “address the underlying causes of conflict” if EU initiatives shy away from admitting that most of them involve minorities which claim of violations of their rights. Only by acknowledging directly, consistently, and comprehensively- as does the OSCE, the UN and most other actors in the field- that discrimination and the protection of minorities are key factors in the prevention of conflicts can the EU truly play the role that was called for by Schuman of world peace safeguarder with the making of creative efforts to prevent the dangers which threaten it.

1. The European Coal and Steel Community. It was also the forerunner of several other European Communities and what is now the European Union.

2. Guidance Note of the UN Secretary General on Racial Discrimination and the Protection of Minorities (2013).

4. Such as the Intergroup on Traditional minorities, National communities and Languages, the 2013 Alfonsi Report on endangered European languages and linguistic diversity in the European Union, etc.

5. The “minority provision” in the Charter of Fundamental Rights of the European Union (Art. 22: ‘The Union shall respect cultural, religious and linguistic diversity.’) is unfortunately a weak, minimalist section – unless unexpectedly it is interpreted in a very imaginative, proactive way.

6. “The PBP is just one of the EC’s tools in relation to an overall strategic approach to peacebuilding that encompasses both ‘long-term’ approaches – supporting the adaptation and targeting EU instruments to address the causes of conflict – and ‘short-term’ approaches – improving the EU’s capacity to react quickly to conflict risks – as well as cooperation with international partners.” European Commission – External Relations 2009.

8. Joint Communication to the European Parliament and the Council: The EU’s comprehensive approach to external conflict and crises: Brussels, 11 December 2013, JOIN(2013) 30 final.