The EU, Neither a Political Dwarf nor a Military Worm 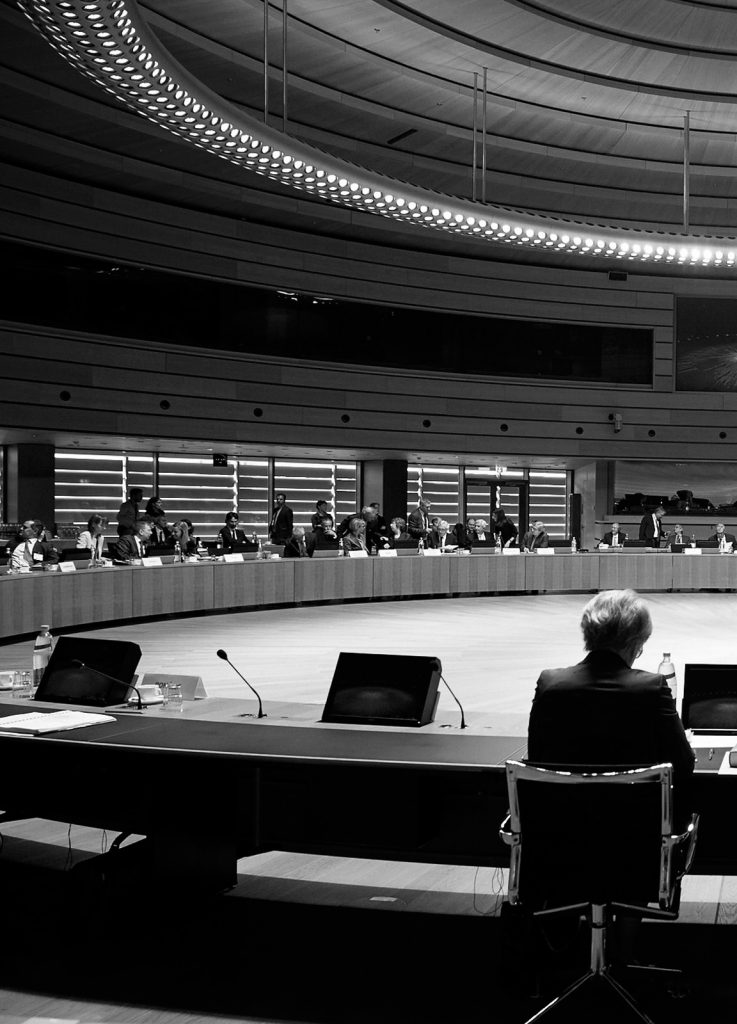 In 1991, the then-Belgian Minister of Foreign Affairs Eyskens famously retorted that “Europe was an economic giant, a political dwarf and a military worm”. This saying is still often cited both by academia and the politicians alike but – is it still true? A cursory glimpse of the daily news tells us that that the European economies are suffering from stagnation, that the EU is far from being a coherent political and military actor. It is difficult not to be pessimistic at this point of overall lack of enthusiasm for the European project but one has also to be fair. Although the Union is punching below its weight in many areas, the Europeans have come a long way since 1991.

In the short timespan of little more than 30 years, we have seen the creation of the European Union that resembles more and more a federal state. It has a complex, multilayered institutional structure, far-reaching policy competencies in some of the most sensitive national policy areas such as home affairs, trade policy and monetary policy, but also foreign policy and defence policy, which albeit still remain intergovernmental. The end of the Cold War and the bipolar world order at the beginning of the 1990s rushed in a short period of euphoria for a new era of peace and democratisation. The European Union, still now the world’s most successful peace project, benefited from the atmosphere. The foundation for its Common Foreign and Security Policy (CFSP), Common Security and Defence Policy (CSDP) as well as Justice and Home Affairs policies were created during the 1990s.

The 1990s also saw the beginning of the EU’s most ambitious enlargement process that would concluded in 2014 with the accession of 11 post-communist states, all of them turned around into more or less functioning liberal democracies and market economies, as well as Cyprus and Malta. Inspired from its success in exercising ’normative power’, the EU launched in 2004 the European Neighbourhood Policy (ENP) that seeked to further extend the ring of stability, democracy and prosperity to the EU’s Eastern and Southern neighbours. The ENP was devised as a kind of an enlargement light policy, with a similar reform agenda and conditionality but without the carrot of EU accession, in belief that closer relations with the EU would provide enough of an incentive for the neighbours to carry out costly economic and administrative reforms. In 2003, the European Security Strategy (ESS) was adopted, identifying the potential security challenges: terrorism, proliferation of Weapons of Mass Destruction, regional conflicts, state failure, organised crime and (since 2008 reform) cyber security. The 2009 Lisbon Treaty sealed the upgrading of the EU’s political nature, strengthening the European Defence Policy and Common Foreign and Security Policy, mainly by creating the post of the EU High Representative/Commission Vice-President to give the EU ’one voice’ in foreign policy and the European External Action Service (EEAS), the European diplomatic instrument to serve her. So, the EU has emerged as an evolving security actor that commands already now an intricate toolbox. The European foreign and security policies are also widely supported by the citizens- a substantial majority of the Europeans want the EU to exert ’strong leadership in world affairs’1.

The EU’s responses to international crisis show that it is far from being a coordinated, fully-fledged external actor, though it has also slowly grown to show surprising coherence

And yet, the dynamic development of the EU’s political and security identity has almost come to a halt since the beginning of the global economic and financial crisis, which started from the US but has hit the EU particularly hard. The crisis has accelerated major international trends, including the growing interdependence between the countries, the emergence of new actors and the subsequent erosion of the power of the US but particularly of the EU. The EU’s influence in the world has depended to a large extent from its ’soft power’ or ’power of attraction’, and the EU’s capability to exert such influence has suffered as the world has watched it fighting with fiscal instability and economic problems. With the public funds drying up, less money has been available for external and defence policies too, further undermining the EU’s capability to influence what is happening in the world. The EU’s economic woes have coincided with major unrest and instability both on the global stage but also close to its own borders. First erupted the EU’s Southern neighbourhood with the wave of popular protest that came to be known as the Arab Spring and then also in the East, where old geopolitical frictions have resulted in a fully-fledged war in Ukraine.

The EU’s response to the events has suffered from the so-called ’Capability-Expectations gap’. The academic and public assessment has been that its reaction has been delayed, weak and cacophonic. This wide-spread criticism does not only stem from the frustration created due to the EU to live up to the high public expectations to the EU to play a stronger role in the world affairs but should also be understood against the current context of spreading euroscepticism.

It is easy to agree that the EU’s responses to the above-mentioned international events show that it is far from being a coordinated, fully-fledged external actor. However, it has also slowly and hesitantly grown to show surprising coherence and consistency in the recent years, especially when compared to its past track record. That even in the most divisive issues among the member states such as relations with the Russian Federation. It is important to remember that as recently as in 2008, at the time of the Russia-Georgia conflict, a common stance of the member states on economic and diplomatic sanctions against this controversial neighbour was unattainable and the current common EU response to the Ukraine war seemed even unimaginable. Further, although Baroness Ashton, the previous High-Representative for CFSP/Commission Vice President (HRVP) can be criticised for many faults, she did achieve something fundamental. Cleverly combining diplomatical and political coalition building skills with economic incentives and the pressure of sanctions, she succeeded in demonstrating that the EU can play an important role at the highest international level using its multilateralist approach, if it makes effective use of tools available to it. Although concerns about durability of the deals should not be taken lightly, it is still fair to say that she exemplified this by brokering the 2013 peace deal between Serbia and Kosovo, and playing a central role in the nuclear talks with Iran.

The Lisbon Treaty creates ample opportunities for the EU to reinforce its external action so that it could address the complex, multi-actor, multi-dimensional crises and growing security threats – as identified by the European Security Strategy. And yet, the economic crisis years have witnessed a slow disintegration of the EU’s civilian and military capability. The years of booming development and proliferation of the EU’s civilian and military missions have been replaced by an almost complete standstill. Ironically, this process has coincided with the structures’ integration into the European External Action Service, the instrument which was precisely expected to strengthen the EU’s comprehensive approach. That said- despite the member states digging in their heels in the name of defending their sovereignity, with the establishment of the necessary legislation and a policy framework on the EU level, the creation of structures to support this and ongoing investment in research in this field, the ground has been prepared for defence transformation over the longer term.

The EU’s strategic documents, particulary the European Security Strategy – needs an urgent update, since major international events have taken place since the drafting of the document and the international context has substantially changed since 2003. A thorough review of the European Neighbourhood Policy is in order too, as the strategy has clearly failed to achieve its aims both in the Southern and Eastern neighbourhoods. But most of all, the EU desperately needs to make an effective and coherent use of the vast array of tools and resources that it already has at its disposal, from the European External Action Service and its delegations network to the financial instruments, not to mention sanctions. The issue of relations with the NATO remains on the table as well.

Member states should decide to give new life to EU’s security and defence cooperation, to bolster the EU’s relevance as a global actor

On a more positive note, the freshly appointed Juncker Commission and the new Italian High Representative/Commission Vice-President Federica Mogherini seem to be more interested in the EU’s security and defence policy than had been the case for the previous European executive. Commission President Juncker has recently publicly aired the old idea of a common European army to counter the Russian threat and appointed Michel Barnier, former French Commissioner, as his Special Adviser on European Defence and Security. It is as of yet far from clear what the exact contents of their proposal will be and whether a matter so controversial as pooling and sharing military resources can find support from all the European member states, particularly as increasing capacity would also inevitably mean the need to bring in more money from already strained national budgets. Some member states have already given tentative positive reactions to the idea, though, and we will find out more soon as the June summit of EU Heads of State and Government will be devoted to defence matters. It can only be hoped that the member states decide to give new life to EU’s security and defence cooperation, thus helping to bolster the EU’s relevance as a security actor not only on the global stage but also at its own borders, an issue that has become more relevant than ever. Although the EU has had its feathers ruffled with the years of crisis and its confidence has been undermined, there are no real alternatives to stepping up our engagement externally because there is no escaping the instability that is getting increasingly closer to home.