Peace and drugs in Colombia 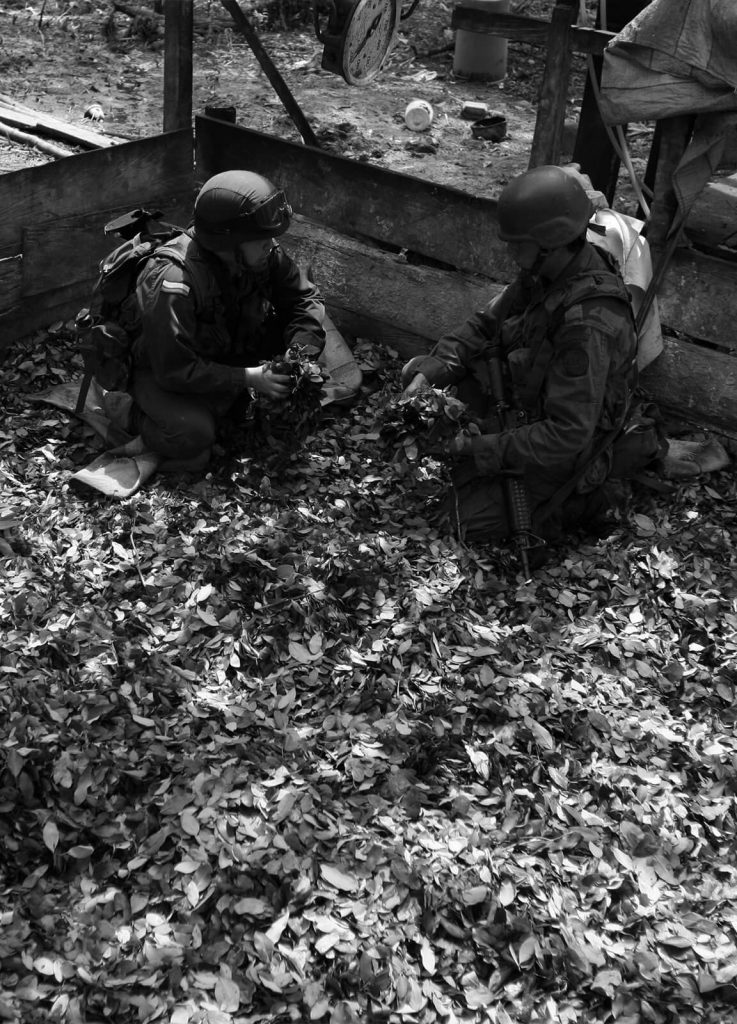 Two years have gone by since the referendum on the Peace Agreement signed between the Government and the FARC was held in Colombia on 2 October 2016. The accord was rejected, which resulted in uncertainty and it became clear that Colombian society was split in half. It is true that, after adding some changes to the text of the Agreement, it was approved and implemented with many difficulties and without knowing for sure, to this day, what the new president, Iván Duque, will do. It should be noted that Duque has come out against the distribution of land laid out in the Peace Agreement and its two central ideas: the return of land seized from displaced persons during the conflict and the creation of a land fund. Duque is also in favor of maintaining a tough anti-drug policy, without ruling out the return to glyphosate fumigation to eradicate illicit coca crops, which would be tantamount to, among other things, a return to an anti-drug policy that is submissive to the will of the US. On the other hand, violence has not disappeared in Colombia and human rights activists and rural leaders continue to be killed.

These two issues, land and drugs, are crucial for building peace and, moreover, they are intimately related. The text of the Peace Agreement prioritizes voluntary substitution for sustainable crops, an institutional presence in conflict zones and comprehensive human development, especially in pockets of poverty, and the protection of human rights; on the other hand, it contemplates a reduction of sentences for trafficking and cultivation. This approach to drug policy was already announced by President Santos at the United Nations in April 2016. It was a powerful speech in which he indicated that Colombia was the owner of its destiny and responsible for making its own decisions, separating itself from the useless, absurd and counterproductive multilateralism imposed by the US and the United Nations for half a century. As has already been stated, this option for a new drug policy is not the one supported by the current president.

Even before being elected, Duque said that the agreement generated impunity and weakened the rule of law. This view is the result of not being able to understand that in certain post-conflict situations it is only possible to achieve peace by applying mechanisms of transitional justice and reparation of harm. One thing is ordinary justice, which is applied when the conflict is active, with very harsh penalties that seek absolute and retributive justice but that do not resolve the war, and another quite different thing is transitional justice. Transitional justice involves a set of measures that allows societies broken by war, national disintegration or dictatorship to move towards peace, reconciliation or democracy. The allocation of congressional seats to former FARC members and the lesser penalties or amnesty are the price that must be paid to achieve peace, bring out the truth, achieve reparation and guarantee non-repetition. If ordinary justice had been applied, the Agreement would be unnecessary, but peace would be unattainable.

Insisting on the most obsolete prohibitionist recipes is not going to solve the problem. The war on drugs has been a failure and has generated violence, instability, damage to health and the environment, human rights violations and corruption

In reality, the Colombian conflict contains several different conflicts: the political violence, drug trafficking, guerrilla and paramilitary conflicts. This convergence of actors – occasionally with links between them – impedes any solution that is not based on agreements in which compromise is necessary in order to make political life possible, provide an outlet for those who have exercised violence, and act decisively to compensate the victims of so many years of conflict. The Agreement is a framework in which its different chapters are inseparable: it’s an all or nothing. Hence the phrase that was repeated over and over before it was signed: “Nothing is agreed until everything is agreed.” The six points of the text – rural reform, political participation, end of the conflict, illicit drugs, victims and verification – cannot be isolated and none is dispensable, since they are all necessary to achieve the final objective: namely, the end of the conflict and the attainment of a stable and lasting peace, with a guarantee of non-repetition. A special correlation is established between points 1 (rural reform) and 4 (a solution to the problem of illicit drugs), which is logical considering that the problem of land dispossession is not alien to illicit crops and their eradication; note that these crops have caused forced displacement, as well as aerial spraying, which is also responsible for the deforestation of some cultivation areas. On the other hand, it is known that for important groups of peasants the cultivation of coca is a survival option. And it is important to note that after the suspension of aerial spraying, coca crops have grown considerably, which the US considers unacceptable; the government will deal with this issue by resuming aerial spraying, not with planes, but with drones.

We will have to wait and see if this return to the old anti-drug policies will annul the measures proposed by the Agreement. For now, what can be affirmed is that insisting on the most obsolete prohibitionist recipes is not going to solve the problem because we already know that the war on drugs has been a failure and has generated violence, instability, damage to health and the environment, human rights violations and corruption. The idea that eradicating crops will put an end to the problem is false because acting on supply, with conscious oversight of demand, has not worked; this has already been proven.

If no solutions are offered to small farmers, if they are not able to recover their lands, if these are not cleared of landmines and there are no alternative crops, the chain will not be broken at the link of production, which is essential for drug trafficking

The Agreement states that the Crop Substitution Program, which is based on voluntary substitution, is “a component of Comprehensive Rural Reform.” This is so, and it could be at risk with a return to exclusively repressive prohibitionist measures. In addition, the substitution program would be preceded by the clearing of territories that are still full of antipersonnel mines and live ammunition. The Program contemplates that, in the cases of farmers who voluntarily renounce coca crops, there will be no criminal prosecution for their previous actions, which is essential for them to accept the substitution plans. The proposed solutions also seek the protection of the environment, yet another victim of drug trafficking and the war waged against it. All this could be at risk if the roadmap laid out in the Agreement is abandoned or if any of its components are disregarded. On the other hand, resubmitting to the wishes of the US will mean that Colombia will once again be perceived as a “problem territory” that requires foreign intervention, when what is required is for the country to act as a “solution nation” based on the country’s needs rather than the desires of the US.

If no solutions are offered to small farmers striving to survive, if they are not able to recover their lands or have access to them, if these lands are not cleared of mines and if there are no alternative crops, the chain will not be broken at the link of production, which is essential for drug-trafficking. In other words, a return to traditional methods puts rural reform and peace at risk. It is true that Colombia is deeply divided – the referendum was proof of this – and that the Agreement does not satisfy everyone, with some sectors rejecting it outright; but it is also true that maintaining the scenario prior to the Agreement is unacceptable. The Agreement should not be judged simplistically as good or bad, but should be seen in the context that Colombia has endured for too many years. This Agreement, despite its possible inadequacies and errors, is the only one that has been reached, so the question is whether to continue the war, with its multiple forms of violence, or to accept that, at the present time, the Agreement is the only alternative.