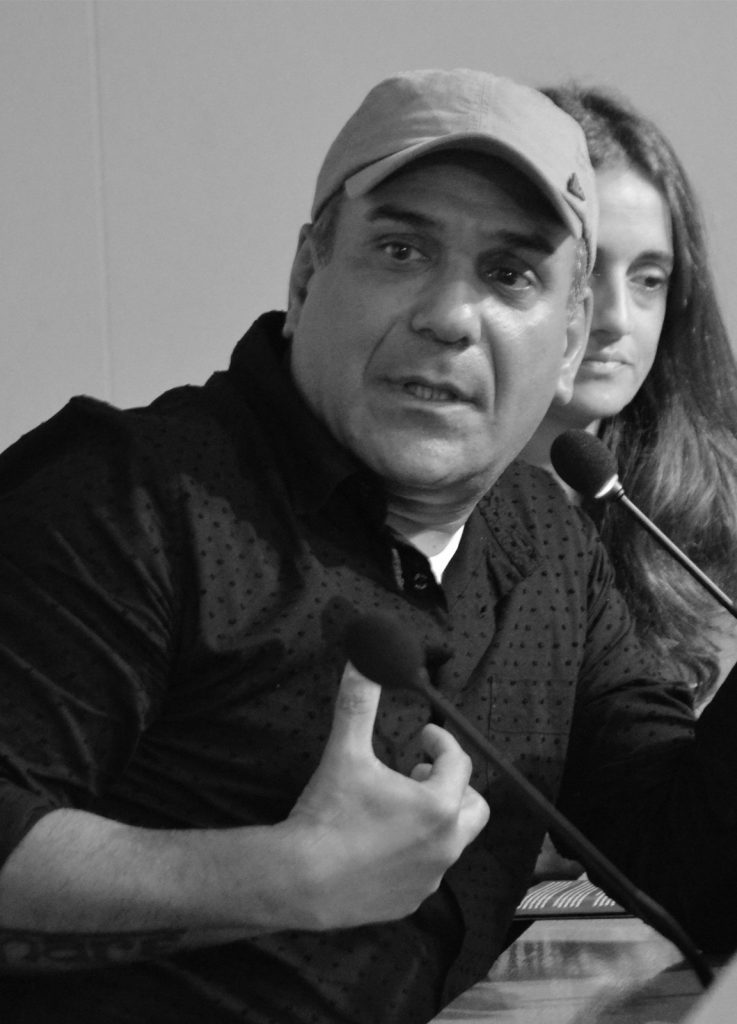 Orlando Zaccone is a police commissioner in Rio de Janeiro, one of the cities where the war on drugs manifests itself most violently and where the most vulnerable members of society bear the brunt. Being aware of this, he founded the movement Police Officers Against Drug Prohibition to move towards a paradigm shift that would leave behind repression and violence. In this interview, Zaccone tells us what the fight against drug trafficking is like in Brazil, a war that kills more people than the drugs themselves.

What levels of violence do drug trafficking and the war on drugs generate in Brazil?

In Brazil we have a large drug consumer market, but we are not a large drug producer. It is a market that is not operated by cartels and violence occurs in group disputes over drug sale territory. In Rio de Janeiro, in these disputes in the favelas, these groups use military weaponry, but this does not happen in other states, like São Paulo, where a single group controls drug sales in the periphery. The repressive response in Rio de Janeiro is carried out through military actions. The police and army are used and a paradoxical situation is created: the police and army end up killing more people than the illicit drug use itself.

The current war on drugs affects vulnerable sectors of society the most while large-scale drug dealers go unpunished. Why do you think there is a lack of interest in going after the major drug traffickers?

The illegal drug trade is divided between producers, distributors, sellers and consumers. Repressive policies on the part of the police are aimed at street sales, where profits are minor. It is not a defect of the repressive system; it is its very nature. The police are prepared to control public spaces so drug dealing in public spaces receives more attention; besides, these drugs are not produced in Brazil. It is not a question of more or less interest, but of a lack of mechanisms to deal with the transnational nature of drug production and distribution.

Is there collaboration between drug traffickers and agents of the state and the police?

Drug trafficking in Brazil is associated with the police and, occasionally, in isolated cases and not systematically, with some politicians. The relationship with the police is essentially of an economic nature, through corruption. And some paramilitary groups, called militias, have also started trafficking in drugs.

Are violence, corruption and organized crime interrelated in Brazil?

Not only in Brazil, but throughout the world. But with regard to the illicit drug trade, it is necessary to understand that violence is the result of drug prohibition. There is no one in charge of the sale of alcohol and tobacco with weapons in his hand. These two markets – alcohol and tobacco – are not violent because they are regulated, legalized markets. Thus violence disappears and corruption and organized crime are limited to the business world. With the legalization of drugs we would have a drastic reduction in homicides, including those committed by police officers, and we would also reduce the number of prisoners. Today, one third of the 750,000 prisoners in Brazil are accused of drug offenses. Not to mention the harm reduction that would result from the quality control of drugs available on the market. In Brazil, for example, anything can get mixed with cocaine.

With their repressive response, in Rio de Janeiro, the police and army end up killing more people than illicit drug use itself

Are you in favor of a legalization of all drugs?

We would not be breaking with prohibitionism if we only authorized the production, trade and consumption of cannabis. Marijuana would be a legal drug and prohibition would continue to cause harm with cocaine and other prohibited drugs. It is important to point out that legalizing all drugs does not mean that they would reach the market in any way – that is what happens with prohibition. With legalization, the state would have control over the product that is offered on the market, as is already the case with alcohol, and also over the establishments and people authorized for its sale and consumption.

Then what interests are there in keeping the current prohibitionist model?

The fact of maintaining a violent social control, which receives authorization for the extermination of groups considered dangerous, based on a moral discourse of defending public health. It is obvious that the arms market and the crime industry are also present in this context, including the prison industry, which generates business.

Crime is already organized in other economic areas beyond drugs. And even if so-called organized crime should diversify, then let it do so in businesses that don’t cause so many deaths and so much suffering. Today drug prohibition is a machine for killing people in many countries. In Brazil it is a machine that kills and causes suffering. After slavery, no legal model has produced so many corpses and suffering in the world for so long. We need to think about those who are giving up their lives and their freedom in the name of a lie. The “war on drugs” does not protect lives. Drug prohibition kills more than the drugs themselves!

Drug prohibition is a killing machine in Brazil

What factors contribute to drug-related violence becoming more prevalent in some countries than in others?

The main difference is in the way countries respond to the existence of this illicit market. Those who deal with drug traffickers as enemies of the state and the nation tend to create a climate of more violence when confronting the problem. It is also important to look at the history of each country.  Brazil is the result of two major slaughters: the genocide of indigenous peoples and slavery. The repression of drugs in my country is the DNA of the extermination of those considered undesirable.

Are you afraid that violence against the weakest members of society will increase under the new Bolsonaro government?

The Bolsonaro government intends to institutionalize violence against the poor under the pretense of the fight against drug trafficking. This will be possible because the Federal Constitution considers the crime of drug trafficking as the most serious of our legislation. To get an idea, the only crime in Brazil that authorizes the extradition of a nationalized Brazilian is the case of international drug trafficking. This provision was introduced by an international policy led by the United States. And we cannot forget that Bolsonaro won with the support of groups connected to the Trump government. Violence in peripheral countries like Brazil is lucrative for those who supply the weapons and invest in the business of security and the security of businesses.

What support does the legalization of drugs have in Brazil?

Most Brazilians are against legalization because the debate is limited to moral and religious aspects. Drugs are a vice and they drive man away from the family and from God. The problem is that the same thing happens with legal drugs, like alcohol. Drugs continue to be seen as something that others use, not what we use. Rivotril is not a drug; it’s a medication!

Photography: Orlando Zaccone during his speech in the international seminar “Drugs, Politics and Violence”, organized by ICIP and Casa Amèrica Catalunya, October 2018, Barcelona.