Beyond clichés, a multifaceted and painful reality 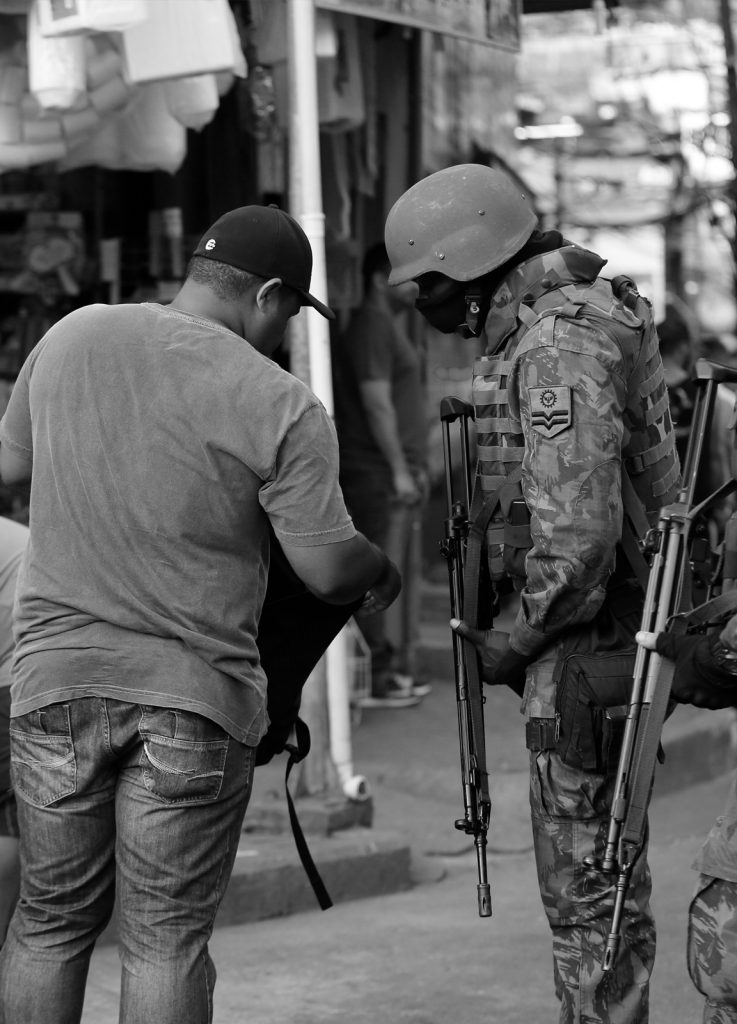 Having become popular through films and television series, violence related with drug trafficking and antidrug policies has generated some curiosity, when not fascination. However, its cruelty is anything but science fiction and its real impact on millions of people deserves an in-depth analysis and efficient strategies to face it, from a perspective based on human rights, the protection of public health and good governance.

We are talking about multi-violence, responding to very different dynamics between one case and another and affecting, to a minor or larger extent, territories on all continents. However, in this issue of the Peace in Progress magazine, we wanted to put the focus on some of the Latin American countries that are affected the most by cases of intense violence, either related to crime or to repressive anti-crime policies. We are remaining aware of the fact that, if the magazine had been thicker, analyses on other Latin American realities could have been added as well. Each of these countries has been studied from a different perspective, which is not necessarily the only one to be taken into account, or the most determining one. Analysing different factors explaining drug violence and their consequences gives us an idea of the complexity of the situation.

The monograph opens with a comprehensive introduction by Angélica Durán-Martínez, author of the book The Politics of Drug Violence. Criminals, Cops, and Politicians in Colombia and Mexico (Oxford University Press, 2018). The article offers an interesting view on the multiple dimensions of cases of drug-related violence and how these have a direct relationship both with the structure of criminal organisations and their involvement in different types of lawful or unlawful business as well as the policies to fight them, the levels of corruption, etc.

In second place, Olga Guzmán, Advocacy director at the Mexican Commission for the Defence and Promotion of Human Rights (CMDPDH in Spanish), gives a synthesis of the serious human rights violations that are being committed in the framework of a militarised “war on drugs” policy in Mexico, at present possibly the country which best illustrates the power of drug trafficking. A power which significantly feeds on the corruption of public authorities and on the involvement of the police and military forces. This is the case, among others, for Venezuela which, as explained by senior CIDOB researcher Anna Ayuso, finds itself between the biggest production centre and the roads to the two main markets, becoming therefore a black spot of illicit drugs and weapons trafficking. This situation is added to the factors that already define the country’s high levels of insecurity.

Drug trafficking is not the only explanation for the intense violence that can be seen in the region, and especially in Central America. In the case of El Salvador, the activities of the maras have mistakenly been associated with those of the big illegal drug trade groups. However, as has been demonstrated in recent and in-depth studies, this association is overestimated. The role of criminal gangs like the Mara Salvatrucha or Barrio 18 in the illicit drug distribution is valued in kilograms, not in tonnes. This is how Roberto Valencia, reporter for El Faro newspaper relates it in the fourth article.

This monograph focuses on the realities of Mexico, Venezuela, El Salvador and Colombia, with a comprehensive introduction on the multiple dimensions of violence

It is obvious that drug production and distribution have a real impact on security in many places. In Colombia, another country illustrating the weight of the drug illicit trade, this impact is even more considerable. So much so that the Peace Agreements between the Government and the FARC, signed in Havana, include this matter as a capital element for peacebuilding, linking it with another point of the Agreements: the agricultural reform. Araceli Manjón-Cabeza, director of the extraordinary chair “Drogas Siglo XXI” of the Complutense University of Madrid, offers a reflection on this in the light of the country’s present political situation.

Finally, we also wanted to address the impact of drugs in Brazil, a country where its criminalisation has contributed to the aggravation of a serious human rights crisis in its penitentiary system, mainly affecting the most impoverished sector of the population. We are being offered a well-documented perspective by Orlando Zaccone, police commissioner in Rio de Janeiro, in the Interview section. This monograph has been prepared in parallel with the international seminar on “Drugs, policies and violence: From a global consensus to new approaches”, organised by ICIP and Casa Amèrica Catalunya on 23rd and 24th October 2018 in Barcelona. It falls under the framework of “Violence in non-war contexts”, one of ICIP’s four cross-cutting action programs.

Photography : Operation of the army in the favela of Rocinha, Rio de Janeiro / Agência Brasil Fotografias.