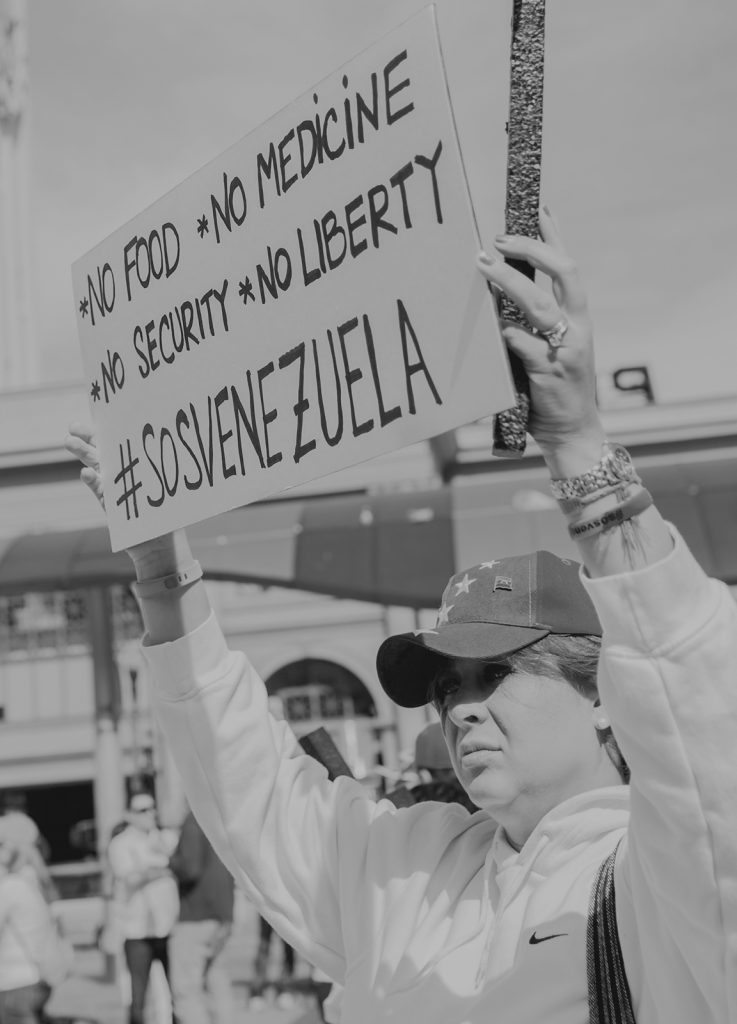 In addition to the political and economic crisis that Venezuela is experiencing, there is also a public safety emergency. Violence against civilians is increasing throughout Latin America, but in Venezuela it is a scourge comparable only to the northern triangle of Central America. According to the Venezuelan Observatory of Violence (OVV), in 2017 the country was ranked second regionally and globally (behind El Salvador) in terms of homicide rates: 89 per 100,000 inhabitants (132 in Caracas). This entailed a total of 26,616 deaths in the entire country, although the official figure is lower: 21,752 homicides (70.1 per 100,000). According to the OVV, official statistics minimize the number of violent deaths since the category of homicides is used only for cases where criminal proceedings have been initiated; the thousands of violent deaths caused by a gunshot without a known cause are not included. That is why the seven Venezuelan universities that are currently grouped together in the OVV keep their own statistics, based on a network of regional observatories and press observatories, which they contrast with the official figures.

According to the OVV, since 2000, some 250,000 homicides have been committed, most of them with firearms. During this period, domestic violence has also increased, exacerbated by the deprivation of basic commodities such as food. In addition, state violence increased in 2017, both in the disproportionate use of force for the punishment and control of crime, and in the illegitimate use of force to suppress social protest. The OVV claims that 106 people died every week in 2017 at the hands of police or military officials, but most do not show up in official statistics. The lack of transparency in government figures correlates with an impunity rate of crime in general that reaches 90%. This goes beyond homicide: according to Amnesty International, 98% of the cases involving human rights violations and 92% of common crimes also go unpunished in Venezuela. The OVV also reports an increase in contract killings, with an average of at least 6.4 a week. It also estimates that at least one police officer is killed every day. Both victims and victimizers are mostly young men between 12 and 29 years of age (60%), recruited from among the most vulnerable sectors of the population affected by economic hardship and food shortages.

Senior members of the Venezuelan military leadership have been accused of forming part of the organized crime structure and benefiting from drug and arms trafficking, and the smuggling of gasoline, and even food”

The police forces are not able to respond to this emergency situation since many professionals have switched to the private sector, which offers better salaries, and others have emigrated. Many of the new recruits are characterized more by patronage than by adequate training.  Given their low salary, they are very vulnerable to being coopted by criminals and many end up involved in the commission of crimes, which has facilitated the progressive penetration of organized crime. The involvement of members of the police forces in drug trafficking is nothing new; it has been happening for decades. What has changed is the intensity of this involvement.

The permeability of the border between Venezuela and Colombia, with large, sparsely populated areas devoid of border controls, together with the permissiveness toward the presence of armed FARC and ELN guerrilla groups on the part of Hugo Chávez, provided fertile ground for drug trafficking to flourish. These armed groups developed a two-way network, trafficking with cocaine to the north and with cheap Venezuelan gasoline to the south (the latter, a business as lucrative, or even more so, than drug trafficking in Venezuela).

With the increase in violence, it was decided to make the matter an issue of national security, which entailed the involvement of the Armed Forces in the fight against transnational crime. Initially, the National Guard was in charge of the surveillance of organized crime, but it was coopted by corruption in exchange for permissiveness. Later, when the presence of drug trafficking became more evident and Venezuela was pressured internationally, Chávez incorporated the rest of the armed forces (Army, Navy and Air Force). Their presence gradually increased but, before long, so did their links with criminal networks. Venezuela’s Bolivarian Armed Forces established relations with the networks set up by the FARC and the ELN to the point that senior members of the Venezuelan military leadership have been accused of forming part of the organized crime structure and benefiting from drug and arms trafficking, and the smuggling of gasoline, and even food. Investigations conducted in the United States suggest that, according to the confessions of extradited traffickers, there is a clear link to illicit trafficking on the part of members of the military leadership, who were called the Sun Cartel because of the insignia of their uniforms. Also based on the confessions of extradited drug traffickers, the US State Department asserts that the two most prominent figures of the regime linked to the drug trade are Diosdado Cabello, currently President of the National Constituent Assembly, and Tareck el Aissami, Economic Vice President; both deny the accusations. Nevertheless, both have been sanctioned by the United States, along with other high-ranking officials, with the freezing of their assets in the country along with an entry ban.

The location of Venezuela, along with the State’s inability to exert control and the high level of corruption, have turned the country into a black spot for the illicit trafficking of drugs and arms

Sources from the InSight Crime Foundation note that initially Colombian drug traffickers paid members of the Armed Forces to smuggle drugs, but over time they began playing a bigger role. They ended up controlling the traffic in part of the territory, even in competition with other organized transnational networks. In 2005, the Drug Enforcement Administration (DEA) was expelled and that resulted in a surge in drug traffic in Venezuelan territory. The arrest of Colombian drug traffickers and their extradition helped “nationalize” the business, which allegedly went on to be controlled by the generals themselves, albeit haphazardly. The location of Venezuela between the main production area and the routes to the two major markets (the United States, through Central America; and Europe, through the Caribbean), together with the inability to control the monopoly of the use of violence by the State and the high rate of corruption protected by impunity has turned Venezuela into a black spot in the illicit trafficking of drugs and arms.

Besides the oversized Venezuelan armed forces (2,000 generals versus 900 in the United States) and the weakened police forces operating in Venezuela, there are other groups with access to arms. Hugo Chávez and his successor Nicolás Maduro promoted the mobilization of civilian reservists called the Bolivarian Militia, which receives military training. The militia has 400,000 members, but Maduro wants to increase this number to one million. Many of them belong to the colectivos, groups whose purpose is to defend the revolution at all costs and who respond, in principle, to government directives. However, according to InSight Crime, part of these groups have become criminal associations dedicated to extortion and drug trafficking. According to the Venezuelan Observatory of Organized Crime, some of them (not the majority) maintain ties with the so-called megagangs, which are real criminal organizations that control parts of the territory de facto, and with Colombian paramilitary gangs called Bacrim. These groups have almost absolute impunity from the police forces. Most of them engage in extortion, robbery and kidnaping, but they also have links to the illicit trafficking of drugs, arms and other related crimes such as contract killings.

The economic crisis, the weakness of institutions, corruption and the proliferation of criminal networks have led Venezuela to a situation that some compare to a mafia state

In addition to the lack of security in the streets, the politicized judiciary is characterized by its inefficiency and a lack of professionalism. According to InSight Crime, 75% of the judges hold temporary positions and do not have the conditions needed to act with diligence, even if they were willing to do so. The same is true of the precarious prison system which, according to the Venezuelan Prison Observatory (OVP) has a level of overcrowding that exceeds 190%. Many of the prisons are controlled by the ringleaders of criminal gangs called pranes, who extort other inmates while the authorities look the other way. Venezuela has the most dangerous prisons in Latin America.

The economic crisis, the lack of opportunities, the weakness of institutions, the proliferation of various types of criminal networks and rampant corruption have led Venezuela to a situation that some compare to a mafia state because of the structure of complicity between government leaders and the illicit economy. Hence the migration crisis that is affecting neighboring countries and which, according to the International Organization for Migration (IOM), amounted to over a million and a half Venezuelans between 2004 and 2017. The Peace Process in Colombia, which led to the disarmament of the FARC, has not resulted in an improvement of the situation in Venezuela, where some of the dissidents have joined the criminal groups. The growing regional isolation of Venezuela and the worsening economic situation do not bode well for a forthcoming imp.