The harmful effects of drug security policies in Mexico 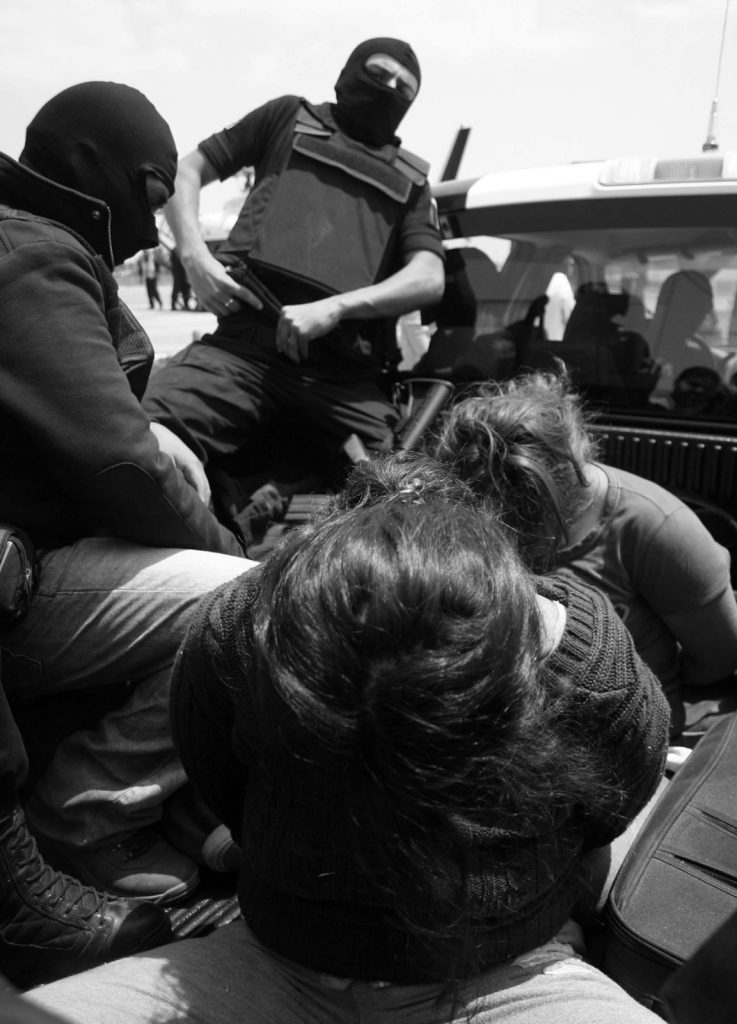 The security strategy implemented by Mexico to combat the cultivation, trafficking and possession of drugs based on the United Nations international drug control regime has had a harmful effect on the enjoyment and exercise of human rights in the country. National and international evidence shows that these policies have been disproportionate and have had no effect on the eradication of production, trade or the problematic use of drugs. On the contrary, the consequences of prohibitionist policies have been extremely harmful.

According to the National Addiction Survey of 2011 and the Survey on Drug, Alcohol and Tobacco Consumption of 2016 and 2017, published by the Mexican Government, no significant increase has been observed in the proportion of people who report drug use. On the contrary, there has been an exponential and increasingly dramatic rise in the number of deaths and intentional homicides related to the security policy of combating drug trafficking.

Not only do we have more and more civil society human rights organizations that document the incidents of torture, forced disappearances, executions and arbitrary detentions, and the restriction of fundamental freedoms within the framework of a security policy to combat drugs, but various international organizations have also reported the impact this policy has on human rights.

In Mexico, the results of the international drug control regime have been devastating. Since 2006, when former president Felipe Calderón declared all-out war against organized crime with the aim of “saving our children and youth from the scourge of drugs and addictions,” the rates of violence, insecurity and corruption have increased alarmingly.

According to the report by the Inter-American Commission on Human Rights (IACHR) Situation of Human Rights in Mexico, published on 2 March 2016, “Mexico has been going through a serious crisis of violence and security for several years.”1 This report highlights that during the Calderón Administration and the so-called war on drug trafficking, “serious situations of violence increased to alarming levels, including the consequent loss of more than one hundred thousand people, thousands of disappearances and a context that has led to the displacement of thousands of people around the country.”2

The security policy adopted in the country as part of the war against drug trafficking consisted in the deployment of armed forces to perform public security tasks without any type of civilian control. This situation, as documented by the Inter-American Commission, “has unleashed even greater violence, as well as serious human rights violations, with a lack of accountability in accordance with international standards.”3

Like the IACHR, various international human rights agencies have stated that the violence generated by the strong presence of military forces in the regions of the country with the greatest presence of organized crime has caused serious human rights violations. In his first visit to Mexico in 2013, the United Nations Special Rapporteur on Extrajudicial Executions documented that the army’s massive deployment to confront the drug cartels had resulted in numerous extrajudicial executions at the hands of both the security forces and the cartels “often without any kind of accountability.”4 The Special Rapporteur noted with concern that extremely violent incidents continue to occur in the country at an intolerable level, particularly attacks against the right to life.

According to the information provided to the Special Rapporteur by the Mexican authorities, during the previous federal administration, from December 2006 to November 2012, 102,696 intentional homicides were committed. The Government acknowledged that no fewer than 70,000 of those deaths (nearly 70%) were related to drug trafficking.5

In addition, after his visit to Mexico in 2014, the Special Rapporteur on Torture confirmed that since the deployment of military personnel in 2006 as part of the war against drug trafficking, the National Human Rights Commission had registered an increase in complaints of torture and other ill-treatment beginning in 2007. It reported a maximum of 2,020 complaints in 2011 compared to an average of 320 in the six years prior to 2007.6

The violence generated by the strong presence of military forces in the regions of the country with the highest presence of organized crime has caused serious human rights violations, such as torture and forced disappearances

Another of the serious human rights violations that have been generated by the various forms of violence that have been occurring in Mexico in recent years has to do with forced internal displacement. The violence generated by the fragmentation and fight for territories by organized crime has led to the forced internal displacement in Mexico of thousands of people over the last few years.

Corruption and impunity in combat struggles against organized crime have been a constant in Mexico. According to the United Nations High Commissioner for Human Rights7, the huge amounts of money that the organized crime groups deal with “are coopting and corrupting key institutions”8 in the country. Additionally, although the strategy has focused on the arrest of members of organized crime groups, no real efforts have been made to dismantle the corruption network that involves organized crime and State agents.

The anti-drug policy has also favored the development of laws and figures that counter with due process and judicial guarantees, the presumption of innocence, the right to an adequate defense, and the right to a punishment that is proportionate with the seriousness of the crime. Worryingly, as indicators of the success of their policy, Mexican authorities have used the hectares of poppy and marijuana eradicated, the number of cocaine laboratories destroyed, the number of people arrested, or the quantity of drugs seized. While these types of indicators give an impression of effectiveness, there is no indication of whether or not the tactics used result in real progress towards the achievement of the main goal, which is a decrease in drug use in the country.

So security strategies are implemented to reduce the supply and demand of drugs without indicators of the impact on consumption. But, in addition, these strategies do not take into consideration the fact that actions aimed at combating drug trafficking are unsustainable in the long run since they ignore national borders and the operational capacity and diversification of organized crime. In other words, the eradication of a poppy crop does not prevent the planting of another crop in a different part of the country; the arrest of an organized crime leader does not limit the operation of a cartel, nor does the fragmentation of a cartel prevent the emergence of another one; and the seizure of drugs and the identification of distribution routes do not limit the emergence of new routes and forms of transport.

In order to launch a serious debate on the design of new public policies that regulate the use of drugs, we must begin by recognizing the failure of the prohibitionist policy and the security policies aimed at combating the production, distribution and use of drugs that the country has adopted. We need new indicators to evaluate the success of strategies aimed at reducing drug consumption. The tons of drugs seized, the number of people detained or the hectares of crops eradicated do not indicate whether or not drug use in the country is being reduced if there are no methodologically viable records to accurately calculate the prevalence of consumption.

A comprehensive reform in the area of drug policy is necessary, beginning with the regulation of the cultivation and the market of cannabis and poppy, which includes the establishment of a model of governmental control of the market of both plants. The regulation of marijuana, as a first step to weaken harmful anti-drug policies, would lead to the generation of information regarding the prevalence of consumption of this drug, and its decriminalization would have an impact on the reduction of mass incarceration.

In order to dismantle the network of corruption and impunity of organized crime that has generated so much violence in this country, it is imperative to strengthen the civil institutions that fight against drug trafficking. The use of military forces instead of police forces weakens and distorts the functions of both. Therefore, the reform and strengthening of justice must go hand in hand with the strengthening of police forces since, in order to fight drug trafficking, you need a police force and a judicial system that work.

The reality of hundreds and thousands of victims of the country’s war on drugs cannot remain invisible. Therefore, there is an urgent need for the Mexican State to focus on long-term institutional reforms, and not palliative measures based on punitive populism.

5. Report of the Special Rapporteur on extrajudicial, summary or arbitrary executions, p.5.

7. Statement by the UN High Commissioner for Human Rights, Zeid Ra’ad Al Hussein, on the occasion of his visit to Mexico, 7 October 2015, p.3.

Photography : Kidnappers arrested during a confrontation with the Mexican federal army and police / Jesús Villaseca Pérez.