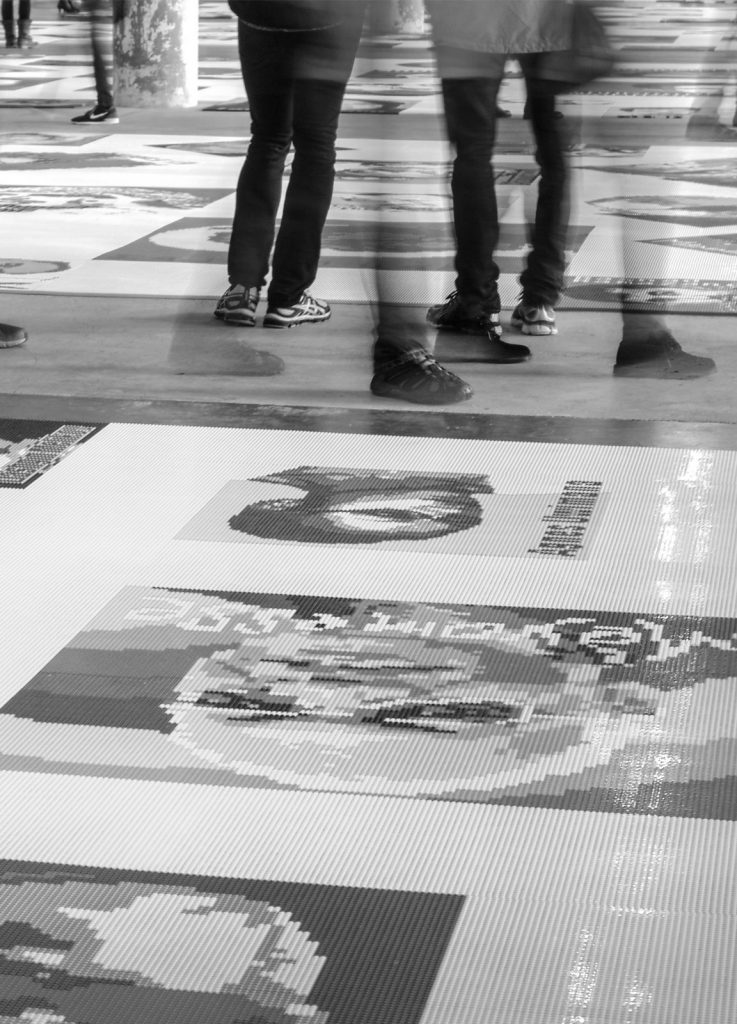 Can art practice contribute in the transformation of conflicts? What role can art play in the development of a new reality? What are the relationships between artistic and social creativity? We dedicate the central subject of this issue of the magazine Peace in progress to the reflection on these questions, in order to demonstrate that art forms can be effective tools when it comes to building peace. We believe that, due to its nature —meaning connected with intuition, emotion and imagination— art practice can trigger transformations capable of stopping dynamics of violence and offer creative spaces which help us repair the broken coexistence. To be able to count with different answers, we have requested texts to several persons connected with the art world, who project their activity in contexts linked with social movements, processes of conflict transformation or the recovery from the consequences of violence. We also included several experiences from artistic activities, aiming at promoting coexistence, memory recovery and the healing of open wounds, caused by violence in a specific social fabric.

In the first article, Ramon Parramon defines creativity as a human quality which can be described as the capacity to imagine, produce ideas and solve problems. Art, as a creative expression, mostly raises questions which can be useful in the transformation of reality. Therefore, the author states that the role of art in conflicts is to generate capacity of critical action and that committed art cannot act as if it was disconnected from a more complex social action. By this, he means that transformative artistic creativity is not just a different type of creativity from the social one and that, precisely, it becomes meaningful when it is expressed and received in a social context. Social and artistic creativity establish synergies in processes of conflict, resistance, memory and reconciliation. After pointing out this fact, Cynthia Cohen gives a glimpse of a possible future for art in peacebuilding, taking into account that conventional environments of the latter more and more acknowledge the fact that exclusively rational approaches are not sufficient to generate changes, capable of stopping the dynamics of violent conflicts. On the other hand, the aesthetic experience, involving the senses and cognitive, emotional and spiritual faculties, generates unique opportunities of individual and collective learning, empathy, imagination and innovation, which are fundamental aspects of peacebuilding.

Art practice can generate transformations, capable of stopping dynamics of violence and offer creative spaces which help us repair the broken coexistence

The task of contributing in the healing process of entire populations, affected by traumas caused by violent conflicts, is one of the contexts of peacebuilding where art practice has delivered important results. Marián López Fernández Cao explains how art can help to re-establish order and serenity where pain has previously shattered human beings and their perception of the world. The creative process allows recovering meaning and generates narratives, showing a way out to what had been locked inside; it allows sharing and showing open wounds. The symbolic language can help to express what seems impossible to express. The context of art, therefore, can be a safe space where someone who has been treated as a disposable object can start feeling human again; think that he can love and be loved again. Creation as a boost for individual and relational processes widens its field of operation in citizens’ dynamics where art and activism come together. On the other hand, Alex Carrascosa draws a proposal for an artivist model, based on social technologies, that works with components he calls æffective and creactive, meaning they involve affection, creation, effectiveness and activism. The Artivist Assembly has a proactive format of citizens’ and intercultural relationships and synergy, combining three elements: the head (reason, ideas, thought), the heart (emotional experience) and the hands (creative capacity). With this model, the author invites us to face the context of the conflict in the way an artist does when starting his next work.

Beyond the more theoretical reflections, the monograph also dives into two specific peacebuilding experiences where art has played a major role. The first one arose in the Centro de Defesa da Criança e do Adolescente (CEDECA, Centre for the Defence of Childhood and Adolescence) in the favela of Sapopemba in São Paulo, Brazil, which aims at increasing the occupation of spaces which were previously impregnated with the culture of violence. The experience of organising the event Rap em Festa has allowed them to understand that culture and art constitute the best way towards consensus between young people, since they generate interactions that can lead to dialogue, coexistence agreements and respect in war zones. CEDECA uses these tools to face challenges going from the dispute for territories with criminal gangs, the conduct of police forces, generational and racial prejudices to the rooting of macho and homophobic culture.

The second experience is the occupation of urban spaces through artistic productions —the performance called Cuerpos Gramaticales— in the Comuna 13 of Medellin, Colombia. This organisation saw the light 15 years ago and was boosted by Agroarte in a context of commemoration and honouring of the people who disappeared in the Comuna 13 as the result of several random attacks, carried out by security and paramilitary forces against civilians. Cuerpos Gramaticales is an action with an enormous symbolic power, trying to express feelings linked with territory and the recovery of the communities’ collective memory, promoting resistance and forging a memory for the future.

Finally, the interview with Roberta Bacic brings us in contact with the experience where hessians, an artisan fabric, are woven by groups of Chilean women, originally helping them to denounce human rights violations during the Pinochet dictatorship and to process the painful experiences of loss and repression using an appropriate language. The textile art of these hessians has spread to many other countries and has helped, through the creation of groups of mostly women, to strengthen community bonds, empower participants and create a space for expression, contributing to rebuild individual and collective life which had been interrupted by violence.

The reflections and experiences we present in this issue of the magazine Peace in progress allows us to conclude that the connection between artistic and social creativity can be a crucial element in the reduction of violence and its consequences, because art practice and social dynamics mutually boost each other in the peace creation process.