Can Art Resolve Conflicts, or Does it Live On Them? 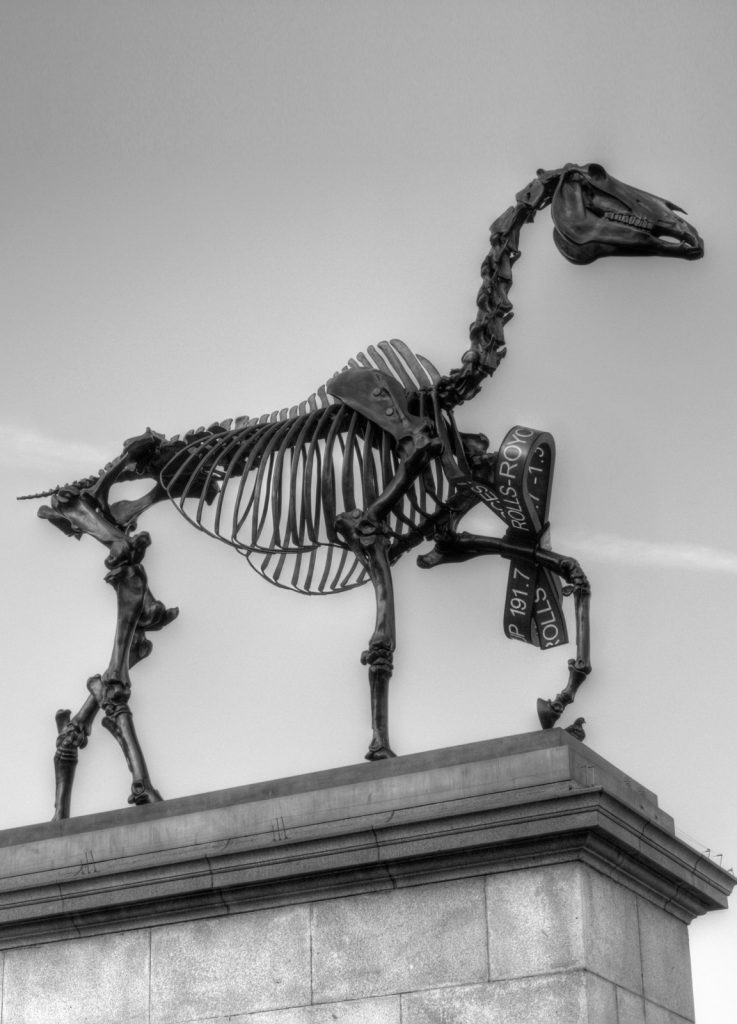 In a global context, marked by several social conflicts, we can ask ourselves what role contemporary art plays or can play, with the objective of impacting the development of a new reality. One of the first obstacles we would need to remove when wanting to question the impact art can have on the transformation of reality and, as such, its capacity to participate in the resolution of conflicts, is the fact that artistic creativity is a part of social creativity. One of the incipient definitions of creativity goes through its understanding as an untransferable human quality, which can be defined as the mental ability to imagine, produce ideas and resolve problems1. Although this could be a perfectly applicable definition for the big majority of human activities, since all require a dose of creativity, it does not really fit the description of art.

More than solving problems, art creates new ones, or asks new questions that can be useful in the transformation of reality. In this way, if we expect art to offer some kind of concrete utility like, in this case, a contribution in the resolution of conflicts or, at least, the introduction of changes, it needs to be combined with other types of creativity, coming from the context of other disciplines. The creative act needs to socialise by sharing, collaborating and getting involved in other forms of collective actions of a social and political nature. In fact, art has traditionally been associated with a type of personal creativity, with psychological roots and understood from an extraordinary perspective (inspiration, genius), to produce ideas, express them and bring up alternatives to situations which can –or not- affect social reality. As such, we need to start from the idea that the artistic creativity we are addressing here is not a different kind of creativity than the social one, but rather starts making sense when it is expressed from and received within the social context. It is produced in the context of an interconnection between creative subjects, infrastructures, institutions and collective bonds.

Although creativity can also develop itself in contexts of destruction and violence, the artistic and cultural productions blossom and expand in periods of peace and stability. Throughout history, a large part of artistic productions has fed on conflict, sometimes representing war events, in other occasions pointing out facts or specific elements in a critical manner. The same museums, erected as temples of civil society as symbols of social wellbeing, consensus and peace, are infrastructures, many of them built on war loots, ransacking, invasions or cultural expropriation. The exhibit project “1516-2016 Tratados de Paz” (1516-2016 Peace Treaties)2, gathered around 400 works from classic and contemporary artists on the peace-war dichotomy. An exhibit that was organised, based on works on loan from different European museums, influencing in the ambiguous symbolism there is behind the security, the abundance and the image of a happy world, represented by the museum itself. As was said in the presentation: “Peace is not just the utopic representation of our societies, but also the other side of war”.

Artistic creativity starts making sense when it is expressed from the social context, in the framework of an interconnection between creative subjects, infrastructures, institutions and collective bonds

Throughout history, the relationship between art and armed conflicts has been significant and become a source of prolific production which, in the most contemporary context, is canalised in a front of social criticism, exposing the postcapitalist, economist or imperialist system hiding behind the scene of modern conflicts. In the sixties, coinciding with the end of artistic avant-garde, this criticism on the system was established as a mechanism of cultural and artistic production. One of the authors, displaying a position against the war in a very direct way, is the American artist Martha Rosler who, in her initial work “House Beautiful: Bringing the war Home”, a collage produced between 1967 and 1972, combines images of the Vietnam war with images of domestic interiors, extracted from news media. It shows the conflictive relation between the quiet day-to-day comfort from people living in a country which is directly or indirectly involved in a war conflict, and the images of the location where devastating operations are being carried out. It becomes a criticism on American society, but also a portrait of the social struggles in which the artist was involved: the mobilisations against the war (first against that in Vietnam, later against the war in Iraq), the position of women (committed in feminist movements) or social inequality in urban contexts (based on later works on peripherisation in big cities).

This is a concrete example of how the work of this artist could have become an anecdotic and sterile fact, if it had not been for the connection with feminist and anti-war mobilisations, or in the defence of the right to a worthy life in the cities. This critical function of art has been one of the main strongholds which, from the late sixties until now, have inspired many artists such as Hito Steyerl, Muntadas, Marcelo Expósito, Hans Haacke, Alfredo Jaar, Daniel García Andújar, María Ruido, Teresa Mulet, Democracia, to name only some of those who are working on contemporary conflicts, tensions and violence from a politico-social position that goes beyond the specific territory of art.

Committed art cannot act in a disconnected way, thinking its final objective is a museum; it needs to be part of a more complex and extra-disciplinary social action

This text wants to clarify two ideas in the connection between the role of art and conflicts, one of them being that critical capacity and action is a valuable component of social action; the other one is that committed art cannot act in a disconnected way, thinking its final objective is to end up in a museum, even if the museum is the result and reflection of contemporary contradictions and conflicts. If art claims to be a useful element in the development of a new reality, beyond simply pointing at its miseries, it needs to be part of a more complex and extra-disciplinary social action, in the sense of exceeding its limits and reconfiguring itself in territories of cooperation and dialogue, aiming at participating in a “global mobilisation to sabotage reality”3.

Precariousness as one of the main latent conflicts

From this spot, I would like to reorient the notion of violent conflict towards a daily and nearby globalised situation, the one which is defined by precariousness. This is one of the topics which is generating –and foreseen to generate- more conflicts in our direct surroundings and beyond. A situation that affects increasingly more persons, and is a direct result of the alliance between neoliberalism and public authorities over the recent decades4. A continuous version of the class struggle which displays its results through social and global duality between the conjunctions wealth-power and poverty-invisibility. Once the welfare state has been dismantled, the new global economy involves painful sacrifices, less security and less social protection5.

To understand what we are referring to when speaking of the concept of precariousness, we take the arguments of Judith Butler who considers two large groups of people who suffer from high levels of invisibility and vulnerability, and whose opinion, therefore, weighs very little. One of these groups are the victims, living in war zones or occupied territory, exposed to violence and destruction, with little possibilities of safeguard. Many of them live in forced displacement or temporarily in neighbouring areas, waiting for the borders to reopen. The other type of precarious subjects are those who belong to the category of expendable and disposable workers, whose personal stability is in danger, due to the fact they find themselves in a situation of extremely vulnerability and threat. As Butler said, “survival cannot be the objective or goal of life itself”6.

Art, working for the transformation of reality, needs to be committed, active and critical, conscious of its capacity of political and social influence

If we go back to the initial topic on personal creativity and social or collective creativity, we need to think that any subject, in order to create, think and propose, needs to have some minimum needs of social welfare covered, and these needs must be protected at an institutional level. Social creativity cannot be disconnected from this matter, it cannot exist without counting on subjects with the ability to develop their creativity or, let’s say, their lives in decent conditions. This is not a question of dichotomy between private space versus public space; the fact is that, in order to be present in the public space (in the sense of being able to actively participate in the social space), some minimum needs must be covered, which is not the case for people living in a situation of precariousness or social invisibility.

In order to address the question What can art do in this context?, we need to speak from the start about a type of committed and active art, aware of its capacity of political, social and, therefore, critical impact. Not from within a kind of art, useful at the service of some programs, full of good humanitarian -often patronising- intentions, but often resolved in micro-workshops. We would be talking about a type of art which often stops to consider itself as something differentiated and disconnected from other approaches with social objectives. We need to relieve the term art so that its methodologies and investigative particularities can become part of more joint, more hybrid and, above all, less artistic actions. Art which, in certain moments, collaborates, and in others, unites in a specific social action and works for the transformation of reality, based on the recovery of public space and the responsibility of the institutions. Less talking and imposing, more listening to each other, that’s what makes the difference. In order to understand the type of art to which we refer, we can finish with a quote by Joseph Beuys: “We still live in a culture that tells us: there are those who are artists, and those who are not. This statement is really inhumane, and where the concept of alienation between men emerges.”7.

2. Tratados de Paz, a project that counts with several exhibits and different commissioners, was presented in the framework of San Sebastian 2016 European Capital of Culture. The exhibit 1516-2016 Tratados de Paz exhibit has been commissioned by Pedro G. Romero, and presented in two of the city’s museums: San Telmo Museum and the Koldo Mitxelena Cultural Centre.