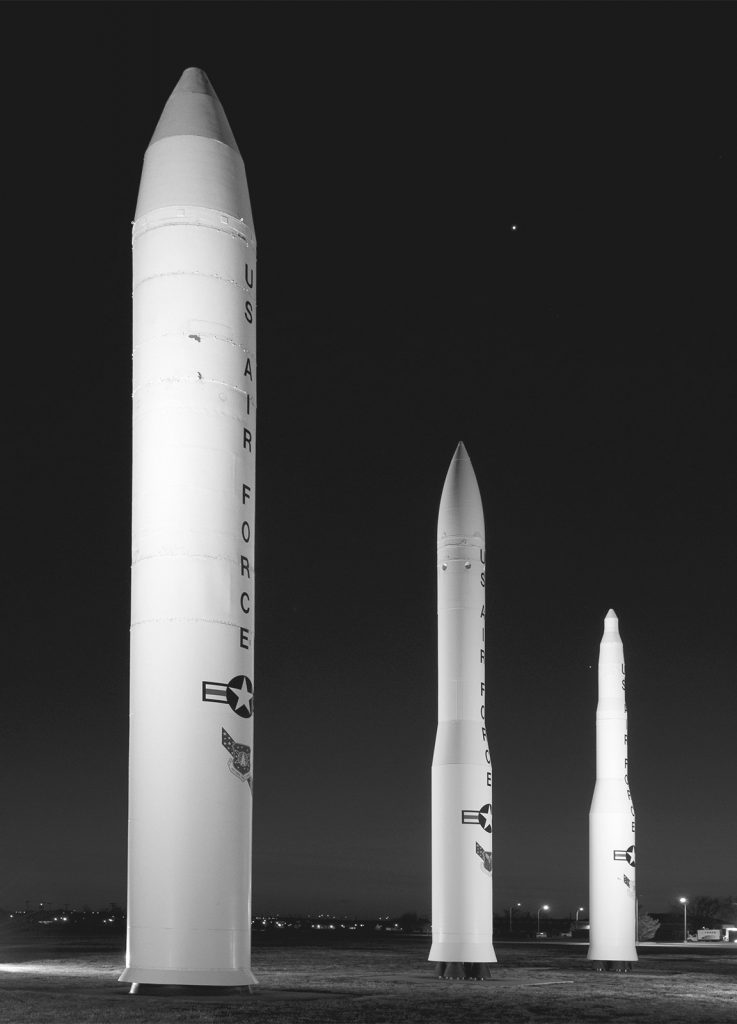 The image we receive on the outside of Donald Trump is that of a volatile, unpredictable and impulsive person. Too often, his declarations –through news media or personal tweets– are unsuitable, inflammatory and very unfortunate. Also in the context of nuclear weapons, his statements provoke wariness and concern. Besides his personal declarations, Trump has made one concrete move regarding nuclear weapons: he has entrusted the Secretary of Defence with the preparation of a new Nuclear Posture Review (NPR), which will define the nuclear policy and strategy, as well as the US’ position on the use of nuclear weapons.  Since the end of the Cold War, there have been three NPRs, the last one in 2010 during the Obama administration. The Pentagon has promised it would finish the new NPR by the end of the year. However, it is possible that part of its content will be made public sooner.

We need to consider that this NPR, just like the previous ones, will address two key aspects: the political angle and the nuclear arms capacity. The political angle will identify the presumed threats to the US security and set guidelines for the use of nuclear weapons. This is where, likely, we can expect the biggest changes with respect to the NPR of the Obama administration. And this is also where we have seen the biggest difference between the two previous NPRs (Bush and Obama). The Bush administration practically considered nuclear arms as extremely powerful conventional weapons. And he did not discard, by far, their use. The Obama NPR, however, stated that the USA would not use nuclear weapons against states which did not possess them and complied with their obligations in nuclear non-proliferation. The final text of Trump’s Nuclear Posture Review (and not his declarations or tweets) will reveal the real US nuclear policy for the following years.

Regarding the aspect of nuclear capacity, experts believe that, in Trump’s new NPR, it will be unlikely to find important changes. Basically due to the fact that the present modernisation program, approved by the Obama Administration, is very ambitious. So ambitious that it foresees the renewal of almost the entire nuclear arsenal, as well as its launch vehicles (planes, submarines, missiles). At that point, Congress approved an expenditure of one trillion dollar over the next thirty years for this program. This initial budget has already been exceeded. According to the Congressional Budget Office (CBO), the present modernisation plan of US’ nuclear weapons will cost around 400 billion dollars in the period 2017-2026. This number already exceeds the previous estimation of the same CBO by 15%. Some of the next decade’s programs consist in the replacement of the nuclear Ohio-class submarines; the design of the new B-21 bomber; the replacement of the present intercontinental ballistic missile Minuteman and the new Long Range Standoff cruise missile.

No country can compete with the US, neither in magnitude and modernity of their nuclear arsenal, nor in budget spent on it

This reality does not follow Trump’s statements on the US nuclear capacity. Apparently, president Trump has demonstrated to be completely ignorant on this topic when saying, during an interview on 23rd February 2017, that the US “has fallen behind in nuclear weapon capacity”. Experts insist on the fact that no country can compete with the US, neither in magnitude and modernity of their nuclear arsenal, nor in budget spent on it. In the same interview, Trump said that he would like the US to be “at the top of the pack” in the matter of nuclear weapons and that “never again, the US would fall behind as a nuclear power.”

This interview had immediate consequences: Russian politicians showed reactions of alarm at Trump’s comments. According to the president of the Committee for International Affairs of the Russian parliament, if Trump was to promote a strong increase of the nuclear arsenal to reach a position of supremacy, this could start a new arms race, as seen in the fifties and sixties. Paul K. Martin, Political Affairs director at Peace Action, states that expressions like “at the top of the pack” pass the message that the US are still investing enormous amounts of money in its nuclear arsenal. He concludes that “declarations have consequences, as well as budgets have consequences.”

We already explained that, if novelties are likely to be found in the new NPR, it will probably be in its political angle. On one hand, it could be the reinforcement of nuclear dissuasion as basic pillar of the North American defence (thinking of Russia and China as real competitors). On the other hand, it is plausible to think that certain states will be marked as presumed threats to US security. Based on repeated declarations from the Trump administration, it is very likely that these states would be North Korea and Iran.

In July 2015, the five permanent members of the UN Security Council (US, Russia, China, France and the United Kingdom) plus Germany (the so-called P5+1) signed an agreement with Iran, whose uranium enrichment program had been the cause of a long confrontation with the Western world, closing hereby the conflict. In various follow-up meetings of the agreement, the P5+1 commission stated that Iran has been scrupulously complying with the terms of the agreement. Even the US State Secretary admitted the correct compliance from Iran’s side. Nevertheless, Donald Trump has taken profit of the NATO summit in May, as well as the July G20 meeting, to push other states towards cutting business relations with Iran, despite the fact that the agreement prohibits “any policy specifically intended to directly and adversely affect the normalisation of trade and economic relations”. Moreover, the US government insists in broadening and extending the sanctions. This could weaken Iran’s influence in conflicts in which the US are indirectly involved (Syria, Yemen and Lebanon) and strengthen the US’ allies in the region, namely Saudi Arabia and Israel.

Throughout recent years, the North Korean nuclear program has been identified as one of the great dangers that are threatening us. Even so, there is no need to exaggerate its dimension nor to forget the origin of the confrontation between the US and North Korea. Many insist in pointing out the danger the North Korean nuclear program represents, but its real capacity is often distorted. According to SIPRI, the US possesses some 6,800 nuclear weapons, of which 1,800 ready for immediate use. On the side of North Korea, estimations indicate that they have just enough plutonium to produce between ten and twenty nuclear bombs, and that their missile program is making rapid progress. Nevertheless, many experts doubt North Korea has the technology, necessary to miniaturise a nuclear warhead and place it on a missile.

Last summer, we witnessed how verbal threats between the US and North Korea escalated. This confrontation has a long history. Throughout the fifties, the US has installed nuclear weapons in South Korea, after which North Korea launched its own nuclear program, to which the US opposed in return. It seemed that, finally, the conflict between both countries was resolved when, in 1994, an agreement was signed between both parties, in which North Korea froze its nuclear program in exchange for US’ help with its production of electrical power. In 2002, the Bush administration did not comply with its part of the agreement, claiming that North Korea did not comply either. Moreover, Bush defined North Korea as part of “the axis of evil”, and in the 2002 NPR, North Korea was marked as one of the countries against which the US needed to be prepared to use nuclear weapons. In 2003, North Korea brought its military nuclear program back to life, which was then followed by continuous horse-trade. Over the last few years, North Korea has been carrying out underground nuclear tests. The US, on their side, has imposed economic sanctions on North Korea, carried out military manoeuvres in the area (some of them jointly with South Korea), maintains a considerable military presence (70,000 soldiers in South Korea, military bases in both Japan and South Korea, deployment of naval forces, etc.) and, recently, installed an antimissile shield in South Korea (triggering strong protest from China and Russia). In fact, the confrontation between the US and North Korea cannot be detached from the rivalry between the US and China over the control of the region.

Summarising, it is very likely that the future North American nuclear policy puts more emphasis on nuclear dissuasion and, as a consequence, is intended to justify the enormous cost of its nuclear arsenal. Also, it is very likely that the tensions with Iran and North Korea will be used to reinforce this nuclear policy. But, in fact, these tensions are mainly used to justify the US exterior policy in the Middle East and the Pacific region, to the benefit of the North American geostrategic interests. On the other hand, Donald Trump’s pejorative message on the New Start (nuclear arms reduction treaty between the US and Russia) makes us fear it will not be renewed when it finishes in 2021.