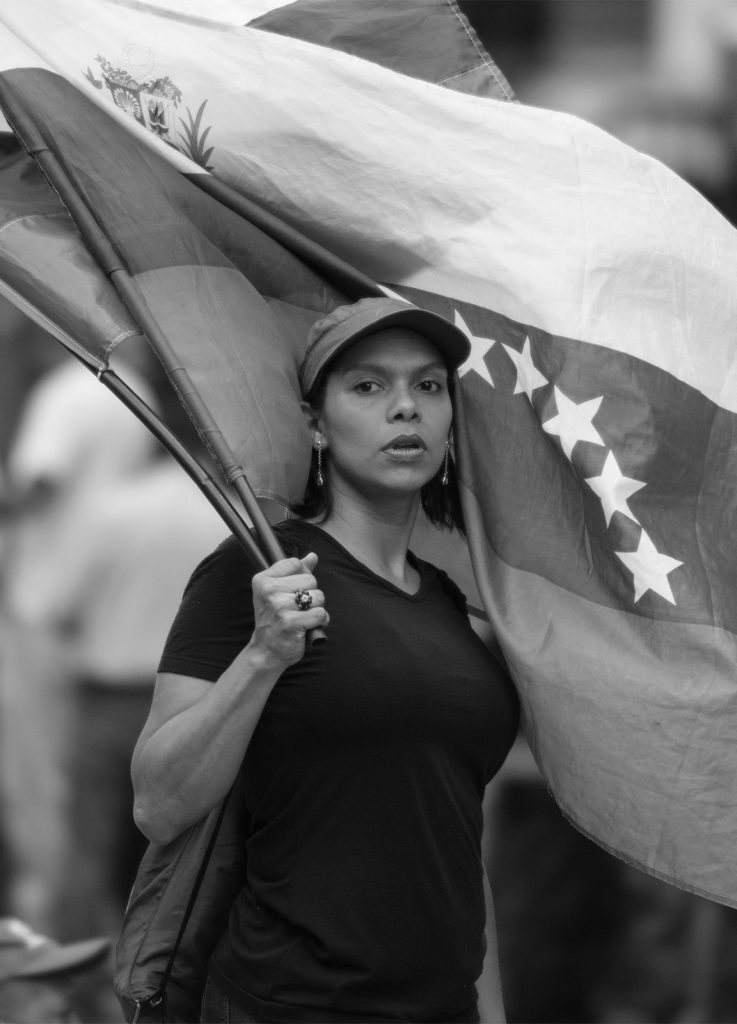 After making the daily papers’ headlines during the months of July and August 2017, the Venezuelan political events seem to have taken a step back. It’s as if the street riots, the citizens’ rallies to vote in favour of the government (electing the Constituent Assembly on 31st July) or against it (in the referendum, organised by the opposition to revoke the president on the 16th July), and the fiery speeches of the leaders of both sides, had signed a truce. However, we need to point out that this truce did not come as the result of an imminent solution to the problems and tensions, nor of a dialogue which had been established between the opposing factions, but was rather generated by the exhaustion of the opposition and of many citizens who, without therefore supporting the government, had decided to remain in their homes and spend their time and energy “solving” the infinite problems they were facing, going from buying food and medicines to watching over their personal safety. It is no coincidence that, in 2017, the exodus of Venezuelans has grown enormously, drawing our attention to the drastically increasing number of asylum seekers. People, as you could say, are issuing a headless vote.

In this context, we could state that the cost of social mobilisation against the regime during the first semester of the year has been very high –in material resources as well as in health and lives– and has not been rewarded with tangible results. Moreover, we have observed how the growing spiral of violence only gave wings to the extremes who were graphically symbolised by the opposition’s encapuchados (‘hooded men’) on one hand and the government-sponsored paramilitary groups on the other. Without any doubt, this extreme violence has also alienated part of the factions which were pacifically protesting in the streets.

It is true that this dramatic episode cannot be understood without considering the intention of the late-chavist authorities to remove the democratic heart from the competitive electoral contests and their supporting institutions which existed in the presently suspended-constitution. And along with them, the despair of many sectors of the opposition, observing how their task of fighting for votes no longer made any sense, which left them with only one thing to do: to go out on the streets to raise their voice, denounce the regime’s authoritarian retreat and put pressure on the international authorities to achieve reforms, so that their votes would recover their sense and rights and liberties would be more than just empty words.

With the election of the new Constituent Assembly, an important segment of the population has sunk into despair; today, many people are exhausted, left without any expectations, and demobilised

However, with the election of the new Constituent Assembly, which is setting up a semi-corporate Legislative Chamber, similar to those in real socialist regimes, an important segment of the population with little affinity with the regime has sunk into despair. We can state that, today, many people are exhausted, left without any expectations and, precisely therefore, also demobilised. This is exactly the objective Maduro’s regime was pursuing: show that there is no way of changing it. It’s along these lines that we need to understand the dissolution of the National Assembly, where the government party has a minority share, as well as the change in the rules of the political game.

With this manoeuvre, it now seems Maduro’s government has even less willingness and incentives to reach an agreement with the opposition, other than setting up some round of negotiations of a tactical nature, in order to undermine the –already fragile– unity of the opposing platform MUD in view of the next electoral contests of 2018 –although it is not clear when they will take place, which offices need to be elected, nor under which institutional framework. Needless to say that the MUD is rather divided with regard to this issue: some minor parties want to negotiate with government in order to lift the ban on their candidates, while others want to participate in the elections, but without negotiating, and some others openly plead for abstention and boycott.

The other question we need to raise is the cohesion of the governmental elites and their supporting bases, which are starting to make the distinction between chavism –which is already divided and has different subtleties– and madurism, which seems to be more in retreat and united at the idea of staying in power at no matter what cost. This situation supposes that, at this very moment, the military show themselves as the true referees in the political game, not just with their usual ability to negotiate benefits and privileges, but also to tip the scales when things start getting even uglier.

At present, it is difficult to make predictions of any kind. If today, the social conditions, in which a big majority of the citizens are living, are much worse than those before the 1989 caracazo, unlike then, the government is presently alert –and on the defensive– for any type of mobilisation or social protest. Therefore, some people claim that there can only be substantial changes after a split in the military sector and, until now, we have only seen some isolated cases of uproar, easily neutralised, although they arose with the intention of emulating the 1958 military uprising which put an end to the regime of Marcos Pérez Jiménez. As examples, we can explain the episodes which occurred on the 27th June and the 6th August 2017. In the first case, police inspector Óscar Pérez, together with a group of brothers-in-arms, hijacked a helicopter which he used to launch grenades and open fire against the seats of the Supreme Tribunal of Justice and the Interior Ministry in Caracas; and in the second, a captain of the Bolivarian National Guard, Juan Caguaripano, initiated a “civic and military” action with the Valencia 41st Armoured Brigade which was launched from the Fuerte Paramacay military base, in the state of Carabobo. But these two acts of uprise were easily crushed and, until today, even if many military have been sent off, no further signs of substantial division in the military ranks have been observed.

The books which address the transformation of authoritarian regimes towards democracies –very much in fashion three decades ago– pointed out that, in order to initiate a democratisation process, it is necessary to have a conjugation of, at least, five elements: a) the existence of discrepancies at the heart of the governing elite, b) the presence of dialogue and bonds of trust between a segment of government and the opposition, c) the opposition’s capacity to call its bases to the streets to claim liberties and rights which were not established in the political order, d) the support of international powers in the regime’s process of aperture and liberalisation and, finally, e) Armed Forces, retreated in their quarters and without the intention of actively participating.

The Venezuelan regime no longer fits in the category of “democracies with adjectives”, but does so more and more in that of “hybrid” or failed regimes

When we try to see which is the prevailing reality in Venezuela, regarding the quoted elements, optimism is conspicuous by its absence, even if, in the vagueness of chavism, there is a dispersion of opinions and sensitivities, but everything seems to indicate that the governmental elites have closed ranks in the defence of their own interests, knowing that they are losing support and legitimacy, and that the only way of remaining in power is through an institutional blockage. With regard to the dialogues between the opposition and government, they are rare and lack credibility on both sides, due to the government’s tacticism as well as to the constant internal conflicts at the heart of the opposition, which has a weak structure and too many open fronts. Regarding the opposition’s capacity to call people to the streets, it has been effective, although it has also seen itself neutralised and having to face counter-mobilisations, organised by the regime, leading to the fact that, more than pushing for an aperture towards rights and liberties, the protests have produced social alarm and criminalisation due to the violence they generated. The international community, in turn, is neither united nor firm in its demand for the Venezuelan regime to take steps towards aperture and liberalisation, although, even if Venezuela has already been suspended from Mercosur and if Mexico, Brazil, Argentina, Chile and the EU have shown themselves rather critical towards Maduro, there are still governments with affinity for the Bolivarian project. In the meantime, the threats, received from the side of the Trump administration, have generated more wariness than applause. Finally, with respect to the military institution, despite the two aforementioned incidents, the general idea remains that the Armed Forces are supporting the government and do not have –for the moment– any objection against leaving their quarters and defending it in the streets. From the above, we can conclude that the literature we need to explore is not the one which explains processes of democratisation and aperture, but rather the one which analyses involutions and reverse movements from democratic to undemocratic regimes, a process which occurred many times in the past and keeps occurring today.

We can now start looking for designations to define a regime which no longer fits in the category of “democracies with adjectives”, but does so more and more in that of “hybrid” or failed regimes. All this is happening in a country with an immense supply of a worldwide coveted resource and, as such, with many agents interested in fishing in troubled waters. I wish I was wrong –I often am– but the signs are not good.

Note from the author: I am grateful for the suggestions and observations, made by my colleagues Aníbal Pérez-Liñán (Pittsburgh University), Jorge Corrales (Amherst College) and Andreas Feldman (Illinois University in Chicago), although the responsibility of the above is exclusively attributable to my own person.