The linguistic division in India: a latent conflict? 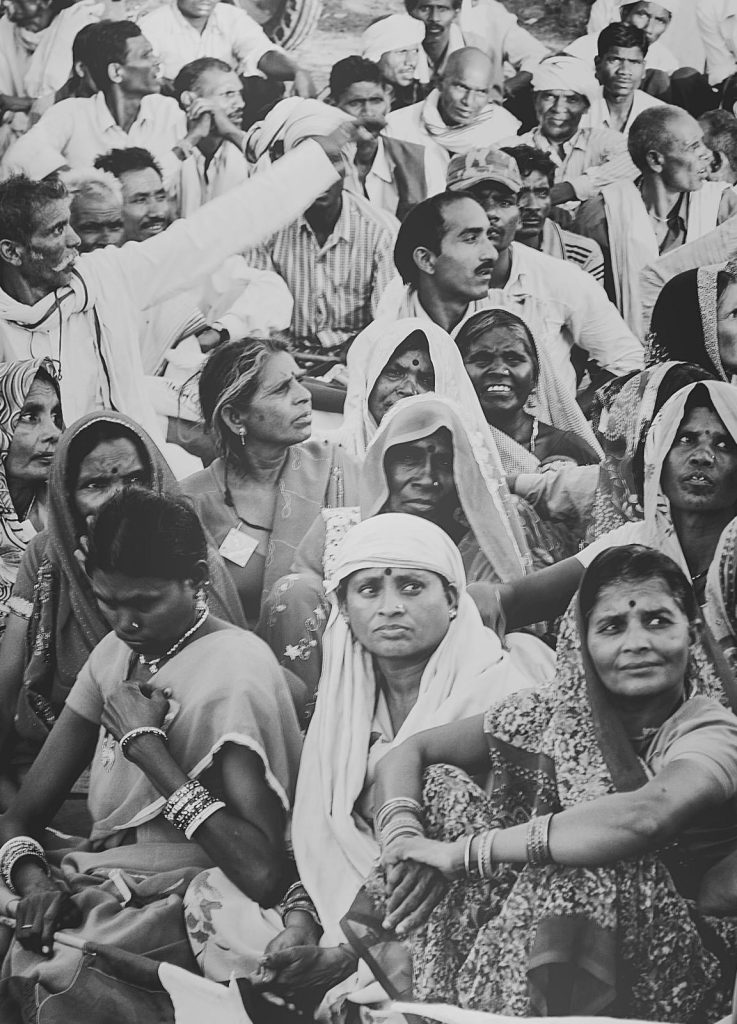 Till only about a couple of decades ago, language issues and related conflicts, given India’s unparallel diversity, was a commonplace. Which now seem to be either dying down or falling helpless prey to the ‘global demon’ – English, or helping out the ‘big brothers’ – Hindi in north, Bengali in east and one of the four Dravidian languages in south, and perhaps Marathi in central India. Demands of the changing times, driven by ruthless capitalism, have enunciated a paradigm where unfortunately plurality and diversity have been reduced to mere healthy phrases. Ethnic, and in particular, regional and linguistic adherence seem to have no place in a rapid-paced economy, where differences may well be appreciated, but have little time to dwell upon or to worry about the prospects of. The cost of loosing plurality is seemingly inconsequential before the cost of losing an opportunity.

In the answers to the question – why should one after all learn a language? – lay the determinants guiding our linguistic practices and behavior (Das 2005: 145). But before reprimanding and bequeathing English, we must not forget that development of English in India, during the early 19th century, has in effect been a course which introduced multilingualism and strengthened further the inherent linguistic diversity, by replacing with it the age-old stranglehold of a subservient and sectarian linguistic legacy (Das 2009: 123). And it cannot be denied that what stood at the very root of economic success has been the availability of an inexhaustible skilled English-proficient workforce (Das 2008: 49). Internet then only precipitated this huge shift in favor of English. Long exposure to the language is a tool of spread, providing an undercurrent of infiltration in all walks of life. This is no more imposed; it is now a choice (Das 2005: 18). And this is a choice of convenience and not of conflict.

In India, hundreds of small languages are slowly but surely silently subsumed by their more influential neighbors

The present language situation in India may not stand stead even with the proposition that language is often only the symbol of a conflict which is actually taking place in other domains – politics, economy, administration, education, etc. The present-day contours of language controversy have very much changed from a conflict to either coexistence or a one-way coercion. For once, it seems conflict is grossly amiss!

Smaller languages, hundreds of them, are slowly but surely silently subsumed by their more influential neighbors. Maithili, Bhojpuri, Magahi, Angika, Santhali, Awadhi, Braj, Rajasthani, and a score of other languages are losing out to Hindi in north India. Likewise, many of the titular languages of the south are seriously threatened by Tamil, Telugu, Kannada, and Malayalam. The same is happening in east as smaller languages of the region are losing ground to Bengali and Assamese, languages in central and western part of India are marginalized by bigger languages – Marathi and Gujarati. In all of this, the single other gainer is again English. The most surprising part of this language-loss has been a complete lack of resistance or even a semblance of opposition from the affected language groups. It has quite to do with the nature of concurrent Indian demography.

Today, India has over half of its population below the age of 25 and more than 65% below 35, and some 41% below 18. By 2020, the average age of an Indian will be 29 years. These young people just don’t bother to care enough to assert of their linguistic allegiance. Their loyalty is solely driven by the forces of the job market, and they no more wish to be left languishing behind for the lack of any skills, including linguistic. This is precisely why that even in south today there is a considerable penetration of Hindi, despite the age-old antagonism towards the language. This is only symptomatic of a nation-wide trend of consigning linguistic conflicts to the emerging economic realities.

For example, in Assam, the speakers of tribal languages like Rabha and Bodo not so long ago felt that the state language Ahomia (Assamese) was a threat to their ethnic self-assertion in a situation of unequal exchange between the mainstream and tribal communities; we hardly hear a voice of dissent today. Even in the Hindi heartland, till very recently, there were murmurs of discontent. The languages like Garhwali and Kumaoni were looked at as dialects though the differences between them and Hindi are quite significant. The pro-Meitei section of Manipur struggled and fought for long to do away with the Bengali script, which, according to them, was imposed by the invading culture of outsiders (Shivaprakash 2012).

India continues to be complimentary to the study of ethnicity’s relationship with conflict despite being reorganized into federal states in the 1950s and 1960s along linguistic lines. Still all states in India remain multi-ethnic in composition, and contain examples of peaceful ethnic coexistence that can be used as counter study to the violence (Crowne 2013).

The past controversial language-issues – the resentment of non-Hindi regions over Hindi being chosen the official language of the Union, only partial acceptability of the three language formula, and the Hindi-English duel – seem to have calmed down. But this may only be a pause as the country is passing through a phase of economic transition and great social mobility. The attention might have shifted towards the issues of more immediate consequences; an undercurrent of conflict is on. Direction has changed; the agents and factors are different. Language conflict is now more than simply a conflict between languages. It has taken shapes which include conflicts between political parties; pressure groups; social classes; elite groups vs. the rest of the population; and conflicts between institutions fulfilling specific functions (Das 2002: 21). Huge migration and mobility within the country, in particular from rural to urban and at times, across distances, also ‘have a disruptive influence on traditional pattern of life, greatly affecting language behavior and loyalty’ (Das 2004: 152).

Only the continent of Africa exceeding the linguistic, cultural, and genetic diversity of India, multiple identities exist, based on social, political, cultural and economic factors, and their mobilizations overlap. We find different types of identity conflict at the centre of social relations – and the most prevalent mode of resolution of any given identity conflict is the posing of another. But the ‘communal question’ remains the most formidable; its volatile effects make it central to any political discourse in India. Recent events have simply reasserted this on a global scale (Chandra 2003: 114-115).

Language conflict is now more than simply a conflict between languages. It has taken shapes which include conflicts between social classes or between institutions fulfilling specific functions

Like any other class-based social system, capitalism destroys primitive political and cultural institutions, but it builds new ones with the same bricks and mortar; it cannot abolish the context in which it is born (Chandra 2003: 116). For the Hindi/Urdu conflict was never about the legitimatization of any language, but a struggle over identities. Hindi and Urdu are in fact two names for the same language. Yet by ‘Muslimizing’ Urdu, and ‘Hinduizing’ Hindi, the rivals succeeded in making this false divide into a national one. Hindi would eventually become the official language of India, and Urdu of Pakistan (Chandra 2003: 119). But this communalization of language fell flat, when Bangladesh broke away from Pakistan solely on account of refusing to accept Urdu, and instead opting for a ‘Sanskritized’ language – Bengali. But within India, this communal divide between Hindi and Urdu still plays on, which might remain as the sole focal point of an impending conflict.

Photography : Yann / CC BY / Desaturated. – Indian people. An image of people that has the aim to symbolize the hundreds of languages in India –