Languages in the Ukrainian conflict 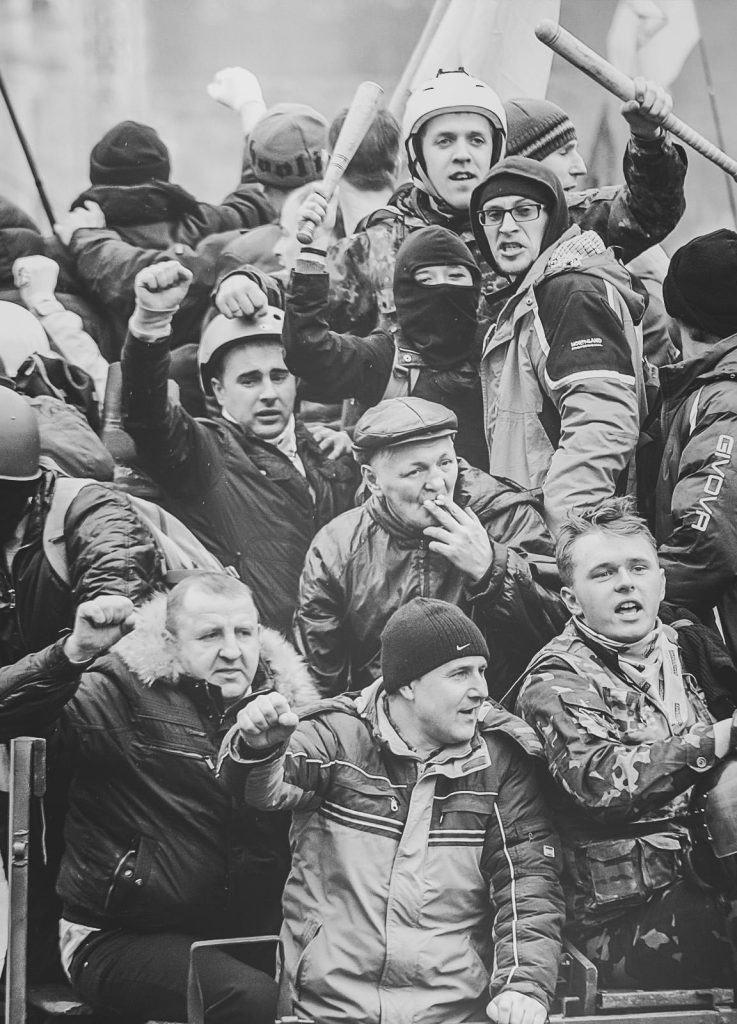 To understand the role that languages have played in this conflict in the past and that they still play today, we must make a brief summary of the languages and population of Ukraine and outline, also concisely, their historical origins. It is also necessary to clarify some of the ideas that repeatedly appear in the analyses that are made of the current confrontation.

When discussing national conflicts in any post-Soviet state, we have to understand properly the term nationality. Appearing during the period of the Soviet Union, nationality is not the same as citizenship, but is rather passed down through the bloodline. It is a category inherent in each person that usually comes via the father. Returning to the Ukrainian case: the Russians of Ukraine are not citizens of the Russian Federation living within Ukrainian borders, but are a Russian population native to Ukrainian territories in which they have lived for several, often many, generations. Excepting certain areas of the northeast of the country that are indeed ancestrally Russian (such as the area of Kharkov), most of the Russian population of Ukraine are descendants of the great migrations (voluntary and forced) that began at the beginning of the 17th century and were intensified in Soviet times. The changes brought about by the political alliances of the 16th and 17th centuries, the territorial advances of the Slavs to the detriment of the Tatars of the Golden Horde, and the movement of landowners from central Russia to the European part of the Empire took soldiers and serfs of Russian nationality as far as the southern borders of the territory that is now Ukraine.

More recently, during the 1920s and 1930s the USSR culturally promoted the diverse nationalities of the Union: due perhaps to a desire to evangelise in the language of the people, to spread communism in the vernacular. Nonetheless, the Soviet government made Russian obligatory in all schools, and with that began a process of Russification which became unstoppable.

The language policy of the early years of the Soviet Union also led to the emergence of cultural elites among many of the nationalities in the state. This fuelled feelings of national identity within many of its peoples. With the threat of pan-Turkism very close and fearing that these processes of national affirmation would endanger the stability of the Soviet giant, at the end of the 1930s the Soviet Union launched an intense and effective process of Russification. To achieve quick results, the powerful central Soviet government made use of mass deportation, forced migration and repopulation, in a program designed with the objective of redistributing the Russian speaking population. After several waves of immigration, many of the nationalities found themselves displaced and surrounded by unfamiliar languages. Similarly, the Russian-speaking population within the other republics increased significantly and, in certain areas, Russian became the dominant language. As a consequence of all these movements and of the national and linguistic situations they created, many of the national languages began a decline which in many cases has led to their practically disappearing.

After this overview of the Ukrainian Russians (or Russian Ukrainians, it makes no difference), we must also know how to count them. This seems to be an easy task, because the censuses in former Soviet countries still ask about nationality. In the 2001 census (this was the last one to be carried out, and everything indicates that it won’t be updated for a long time), only 17.3% of the population of Ukraine said they had Russian nationality, as against 78% who said Ukrainian.

The post-Soviet censuses also ask about native language. This term, which in our tradition we would understand as mother tongue, that is to say, our initial language, the first one we learnt as children, is something completely different in the linguistic tradition of the East. It is what we know as the language of identification: the language which for whatever reason we link to our identity. Thus, the Ukrainian census of 2001 asked the population about their native language, that is, their language of identity.

The figures about languages in Ukraine that frequently appear in the media are extracted directly from this census. Therefore, when we say that in Ukraine, 67% of the population uses the Ukrainian language and 29% of the population uses the Russian language, we are actually saying that in 2001, 67% of the population identified with Ukrainian, while 29% felt more affinity with Russian. This is regardless of the language that the interviewees had learnt as children at home and of the language that they normally used. But there is one survey of language use, held in 2003, which does provide revealing data: 45% of Ukrainians say they usually speak Ukrainian, while 39% say they use more Russian. The spatial distribution of these uses is clear: to the east and south of the country there is an overwhelming majority of habitual Russian speakers (almost 90%), while in the west Ukrainian dominates (also close to 90% of habitual speakers).

However, the Constitution of Ukraine names Ukrainian as the sole official language. Until the passage of the controversial language law of 2012, Russian had no official recognition, although de facto it was accepted as a language of use in virtually all spheres of daily life, even in official matters and, of course, in education and the media. The 2012 language law established that a linguistic community which made up at least 10% of the population in a given territory (be it a village, town, city, district, province or region) could demand official status for their language in this territory. This led to the adoption of Russian as an official language in many regions of the south and east (including Odessa, Luhansk and Donetsk) as well as of Romanian or Hungarian in towns or villages in the west of the country. In a breathtaking show of political ineptitude, this law was one of the first which the provisional government that emerged after the fall of Yanukovych announced it would repeal. And this threat of repeal was one of the pretexts used both by pro-Russian Ukrainians and by the Russian government to justify an armed intervention to safeguard the rights of the Russian speaking population of Ukrainian.

Ukraine has a long history of deep rooted language conflict. Perceptions of injustice and of the violation of language rights arise repeatedly among both Russian speakers and Ukrainian speakers. Language is one of the most sensitive points of confrontation in the country. Furthermore, we have seen how the mismanagement of language policy at a time of deep social and political crisis has intensified a rupture between the two most numerous linguistic communities of Ukraine that right now seems irresolvable. In April this year, nearly 40% of Ukrainians were still favourable to Russian having co-official status. A territorially based language law, whose effects were more symbolic than real, seemed without doubt the best solution to a language conflict that continues to be entrenched. We will see how the new Ukrainian president faces up to the challenge of finding a peaceful solution to the country’s political and social conflict: a consensus on a way out of the linguistic confrontation would be a very good first step on the road to peace.

Survey of ideological markers in Spring 2014 by the sociological agency Rating and Razumovka centre. Available online