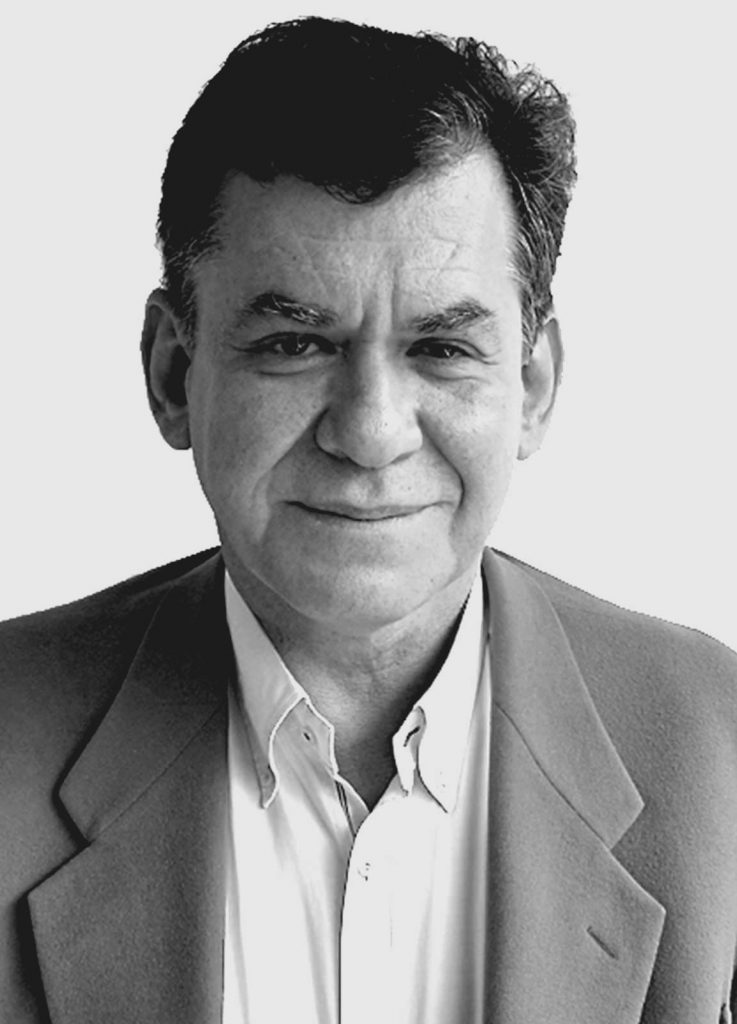 León Valencia was a member of the central commando of the ELN guerrilla group in the 80’s. In 1994 he participated in the signing of a peace agreement with the national government. As a writer, he is a columnist for several media and has published political books. He is a co-founder of Corporación Arco Iris, a centre of thought, investigation and social action for reconciliation, and the Fundación Paz y Reconciliación, which aims at generating qualified knowledge for the incidence of the country’s political, social and economic debates as a mechanism to contribute to building peace and national reconciliation.

Your trajectory is marked by the years you spent in the ELN. How do you remember that time of your life?

Twenty years ago, in 1994, we signed the peace treaty. I remember I had to reflect upon the set of values, where social justice, revolution, people’s inclusion, democracy were… In the guerrilla I learnt to appreciate life. I remember that we were increasingly moving towards a more irrational and dirty violence… The main victims of the conflict were the civil population. It was no longer a confrontation with the state, but elites killing people. On the guerrilla groups’ side, social leaders and defenceless politicians were being murdered. The enormous grief that it inflicted on the civil population scared me. Also, there was not a horizon of military triumph, there were no transformations or changes. It had no future.

What made you leave the ELN? When did you decide you had had enough?

There were two important events. On one hand, in 1988 we lived a painful massacre in Segovia, where soldiers allied with a political sector impersonated militiamen and killed 45 people and injured 47 more just because the population had voted the left. Our guerrilla group was powerful: it had more than 10,000 troops, received money from oil, and our central command was only three kilometres away from the scene, but we could not avoid the slaughter nonetheless. On the other hand, the guerrilla killed a bishop. The organisation I run had a Catholic background and was lead by the priest Manuel Pérez Martínez. Consequently, I found it barbaric that the guerrilla murdered a bishop on the grounds that his was a right-wing ideology. That was the image and the absurd justification that was attributed to us. It was very sad. I realised that it was not my political cause, that it was too poisoned and militarily powerless. All of that made me give up and start the peace negotiations.

We get involved in the public discussion and take risks because we think Colombian society must be shaken.

How do you see it twenty years later?

I think that my predictions have been confirmed. War has caused a large number of victims. I am glad I pulled back. It has been confirmed that there is no military solution: neither the government nor the guerrilla groups can prevail. It is a painful draw for Colombia, and the only way out is a political one.

You have led several investigations on parapolitics. Is this phenomenon the great tragedy of Colombia?

It is the other side of Colombia’s coin. In this country there is a double tragedy. On one hand, the guerrilla shoots democracy from the outside but, on the other hand, some people shoot democracy from within: politicians allied with illegal forces, drug barons, etc., in order to achieve local power and influence the national power. And the shootings from within were more effective than those of the guerrilla: the latter could not beat the institutions in a conclusive way, but these forces did. We carry out purely academic investigations on this matter. If we add mayoralties and other positions, there are some 500 legal politicians convicted or under investigation.

Which role may parapoliticians play in the peace process?

There are different degrees of parapoliticians. Some used alliances for electoral reasons, others handled large amounts of mafia money, still others participated in enormous crimes and massacres… Colombia’s reassessment, the transition to post-conflict, is not only an agreement with the guerrilla groups, but also with democracy and the Colombian elites that have allied with mafias and illegal groups. This is the enormous challenge of reconciliation.

Which is the main message that you want to transmit through your work and that of Corporación Arco Iris and Fundación Paz y Reconciliación?

Corporación Arco Iris is a NGO devoted to social tasks. It deals with reinserted people, partners, communities… In Fundación Paz y Reconciliación we investigate the post-conflict. There are two things I want to highlight. On one hand, social investigation must be a service for public debate. Books and reflections must not remain on the shelves, but be part of the discussion and public service. So our investigations are aimed at having media and social impact. On the other hand, we must go beyond investigations and put a name to phenomena. In doing so, we have put our safety at risk and we have received threats, but we have managed to make society react. There is fear in the Colombian research community, and for a reason. The great centres of the main universities do not dare address certain subjects and do not have enough impact. We get involved in the public discussion and take risks, because we think Colombian society must be shaken.

With Uribe, two things must be done. First, he must be politically defeated in his aspirations to end the peace process. But then he must be talked into reconciliation.

You have entered some dialectics with the former president Álvaro Uribe. What role is he playing in the peace process?

Uribe is fighting a battle against the peace process in Havana. He is a sniper against negotiations. He believes that the solution is a military one. He tried, but he couldn’t. But he wants to try again. He has leaked the secret negotiations under way and the draft agreement with the aim of aborting the process; he has made up that the peace commissioner, Sergio Jaramillo, was negotiating a kidnapping in Cuba with FARC; he has publicised the coordinates where the military forces were to pick up two FARC delegates and take them to Havana; he has gone to the Court in The Hague with the attorney Ordóñez to litigate against the peace process on the grounds that an impunity agreement is under way… He has opposed with legitimate but also illegitimate arguments and he has tried to fight a dirty war.

With Uribe, two things must be done. First, he must be politically defeated in his aspirations to end the peace process. But then he must be talked into reconciliation. He represents stockbreeders, the entrepreneurs of the agrarian world, big landowners, regional political elites… They are a tough but powerful side. We need them and they must participate in the process.

Is it positive for Colombia’s future? Which post-conflict scenarios do you foresee?

I think there will be an agreement with FARC and ELN. Ours will be a long and difficult post-conflict, but we are still not aware of it. We must stress two things in that regard. On one hand, the peace process under way will change the history of the country. But, on the other hand, we have a society that has turned its back on the changes that have occurred in South America and that, regardless of the conversations in Havana, has some demands. The difficult part is that there are no political subjects leading this change. There is no left with enough muscle to lead a transformation, and in the political elites there is no reformist sector. The most reformist is Santos, but it is a timid, faint-hearted and pale reformism.