Colombian political actors and the challenge of peacebuilding 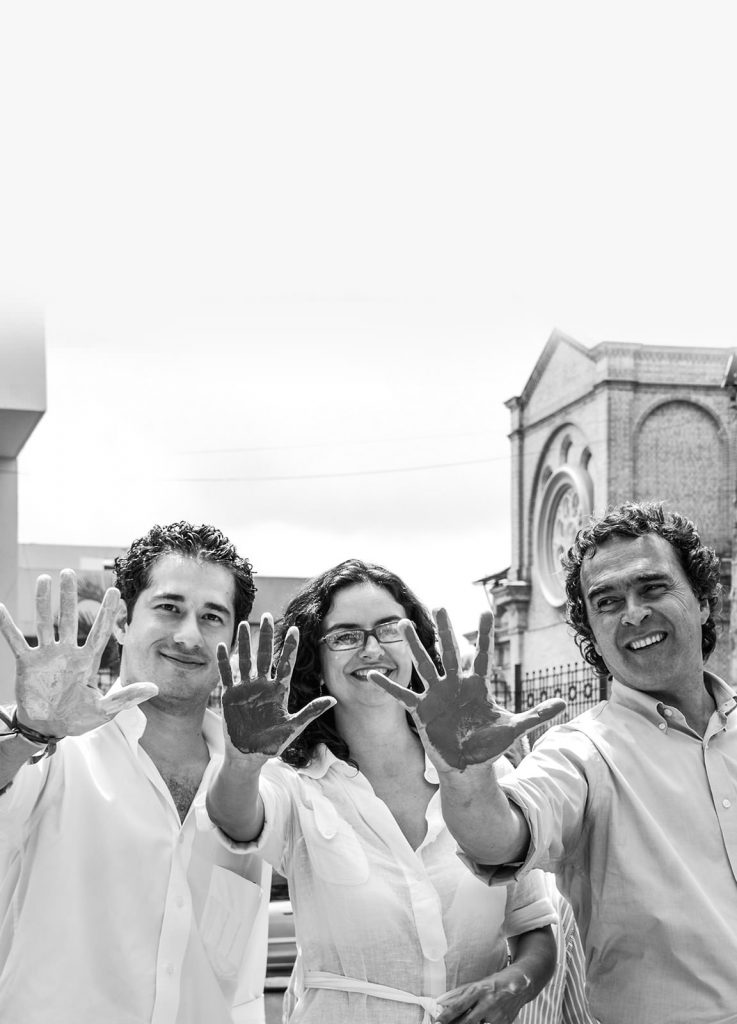 The following reflections are based on two paradoxical observations. On the one hand, a structural tendency exists in Colombia toward the intergenerational reproduction of political violence, which is linked to a system of governance that reproduces and amplifies inequality, with a key role for political and territorial elites (in the capitals and the regions). This tendency, in addition, is closely tied to the dysfunctional organisation of Colombian society. Authors such as James Robinson have accurately suggested that Colombia’s problems, beginning with the violence, are rooted in the perpetuation of an anachronistic system of indirect governance characteristic of Europe’s imperial powers. Remember, urban elites, in our case in Bogota, delegate the effective functioning of rural and peripheral areas to local elites through a system of mutually beneficial reciprocity. It is a broad and generous delegation: whoever wants to can govern and have representation in the Congress in exchange for a quid pro quo that guarantees their political support and acceptance without challenge for the general rules of the game of the national and capital elites. It results in a combination of an essentially strong centralism and the “de-localisation” of the management of the territories. This manner of governing the country, according to Robinson’s thesis, is the cause of almost all Colombia’s problems, and generates the chaos and illegality that exacerbates other problems. Beyond the academic debate over why such a chaotic and dysfunctional system has been perpetuated and become stable, it is clear that the political system, and in particular, the party system, is based on this.

On the other hand, the second observation, paradoxically, is that, if the discussions in Havana and those that will soon be publicly and formally initiated with the ELN, have success, we will go from a phase of peacemaking, under the control of elites, to a process of peacebuilding in which all social actors have importance. However, as we will see, the political actors of indirect government are key both for making peace and for launching at a good rhythm the peacebuilding process. Making peace may take two to five years, while peacebuilding may take no less than 10 or even 15 years. In the intermediate stage between one and the other, political actors play the key role for several reasons. First, because they are political actors allied with armed actors and with legal and illegal economic actors, who can act as spoilers, making tdhe implementation of agreements fail. Secondly, and more importantly, because it will be actors from the institutional political system, political parties, and above all, current legislators, who will hold the key to the initial success or failure of the peace agreements, who must substantiate and concretize agreements within the government and parliament. And third, because in the consolidation phase of the agreements and in peacebuilding in the fullest sense, beginning with the third or fourth year, the key will be in the interactions of less institutional and more conventional actors (social actors, trade unionists and community activists, without excluding illegal actors) with elected officials, such as mayors, governors, and others holding regional political offices. All this will place real decentralisation – not mere de-concentration – and the pacts and agreements on the centre of the agenda.

A long-term deficit exists in the party system, which is weak and lacking apparatus, in comparison with the importance of the human factor, the personalities of party leaders and candidates.

In short, the functioning of the political system, in particular the party system and the legislative decision-making system, will be crucial. And therein will begin the structural and conjunctural difficulties.

Regarding structural difficulties, a long-term deficit exists in the party system, which is weak and lacking apparatus, in comparison with the importance of the human factor, the personalities of party leaders and candidates, which reinforces the tradition of voting for the person and the system of preferential voting. The political parties, since the 1950s and at the mercy of the reinforcement of this system with the reforms of the 2000s, are much less important than the persons. A clear tradition of a multi-party institutional presence and alliances also exists, although modified by reforms from decades ago. In short, this is a system formed by middle-sized parties that do not reach even one-third of the parliament and with a tendency toward changes and pacts fostered by the offer of personal or group incentives (the distribution of “marmalade” is the local expression). The results are a very clear division in the opposition, in particular, on the left, but also among governing majorities, a surge in social movements and lack of connection of the population with the political parties and, even, social movements (surveys show that 60% of the population feels no affinity with any parties or movements).

But Colombia also faces conjunctural difficulties, linked to the 2014 legislative and presidential elections and their results, now firm regarding the legislature and strictly speculative regarding the presidential elections. The Legislature, the President, and the Government that emerge from these elections will have the task of implementing the eventual peace agreements and initiating the process of peacebuilding.

Participation in the legislative elections in March, in the Senate (100 seats) and in the Chamber of Representatives (163 seats)1, was low, around 44%, with a high number of invalid votes (approximately 12%), due to the complexity of the electoral system and in concrete the ballot form, and with a significant proportion of blank votes (6%). The final result was tight, with an even greater predominance of the mid-size parties than in the prior legislature.

In the Senate, the victory of the Social Party of National Unity (led by President Santos), with 21 seats, followed by the Conservative Party and Uribe’s Democratic Center (both with 19 seats)2, the Liberal Party, with 17 seats, Radical Change (9 seats), the Green Party (5 seats), Democratic Pole and Citizen Option (5 seats). Regarding the popular vote, it was practically a tie: only 2% separated the first four parties. In the Chamber of Representative, in seats, the Liberal Party won the most (39), although in percentage of the vote the Party of National Unity, with 37 seats, won. Following was the Conservative Party (27 seats), Radical Change (16), Democratic Center (12), the Green Party and Citizen Option (6), Pole and the MIRA party (3) and three parties with one seat each.

It is still too soon to know what impact the parapolitical and illegal groups will have on the new legislature. What is clear is that it will have an impact.

Overall, the losers are clear: the MIRA, despite winning seats in the Chamber of Representatives; and the left-wing parties, with the Patriotic Union without representation in the Chamber, the Democratic Pole, which lost representation, and the Green Party that showed no improvement, in the two chambers the left-wing parties winning a total of 19 out of 263 seats. The winners are also clear: Uribe, with three strongholds, Cordoba, Antioquía and Bogotá and, in the prospective future, Santos, likely president despite difficulties. A clear right-wing majority has been consolidated and a clear presidential majority, around 65% in the Senate (although it had been 80%). In relative terms and regarding expectations, the Conservative Party also won, with results better than expected and better than the Liberal Party, which was a loser in slipping to fourth place in the Senate when it had hoped to be first.

But the elections, apart from determining majorities and minorities in the chambers, also had an important impact on: a) Uribe’s political future; b) the approaching presidential elections (May 25) and the peace process that will mark a new political cycle; c) the eventual hinge parties in future governability; d) the party system, above all in regards to the degree of renovation and continuity in the parties and the role of small parties; e) the future of the left-wing parties; and f) the parapolitical influence of illegal groups in the future of the country.

Regarding Uribe’s political future, the following is clear: no one has ever gotten similar results on a closed list, although with very plural participants, and with a campaign focused to such an extent on the candidate and his ideas. He will be the main opposition to Santos, but now in a new scenario, the legislative chambers. However, the result is worse than expected overall, despite the spectacular results in Bogota and Antioquia.

Regarding impact of the legislative elections on the presidential elections and on the Havana negotiations, it is clear that, although the campaign will be difficult, there are no indications that Santos might lose. The obstacle will not be in the legislative chambers either: in the future we will see passionate dialectics, however, given the support of the Democratic Pole and the Greens for the discussions in Havana, the percentage in favour of the peace process is 80%. Therefore, what is at stake is not the possibility that measures against peacebuilding could be approved, but instead, the need to reach agreement on the measures to be taken. In addition, Claudia Lopez, Jorge Robledo and Ivan Cepeda, all great speakers, will provide responses to Uribe.

The cycles of intergenerational political violence will not be broken without changing the system of governance.

Some brief reflections regarding the hinge parties and governability and the future party system: Despite the possibilities of the conservatives forming varying alliances, it is not likely they will do so with Uribe. However, a policy of alliances will require great subtlety in this legislature. Regarding the party system, it continues to be the weak link in the Colombian political system, as it is dependent above all on personalities and not parties and has little capacity for renovation. The good news is that many of the small parties have resisted disappearing. Regarding the left-wing parties, the essential has already been discussed. We could add that, sociologically, the left in Colombia will not achieve similar results to those found in neighbouring countries until peace agreements are a reality and are implemented.

Lastly, it is still too soon to know what impact the parapolitical and illegal groups will have on the new legislature. What is clear is that it will have an impact: a study of the candidates from the departments, published before the elections, identified 131 candidates with direct or indirect relations to them.

In short, the first stage of the peace making process is complicated, needing effort and agreement. Subsequent stages will be fascinating because the cycles of intergenerational political violence will not be broken without changing the system of governance, as previously discussed. To do this, institutional political actors that emerge and prosper in this system must be agents of change. These will be passionate times that will demand, if win-win strategies are to be found, long-term strategic thinking.

1. I leave aside the analysis of the elections to the Parlamento Andino [Andean Parliament], probably the last elections, and also the special elections to choose seats in both chambers reserved for indigenous minorities and minorities of African descent.

2. A recount could give one more seat to the Democratic Center