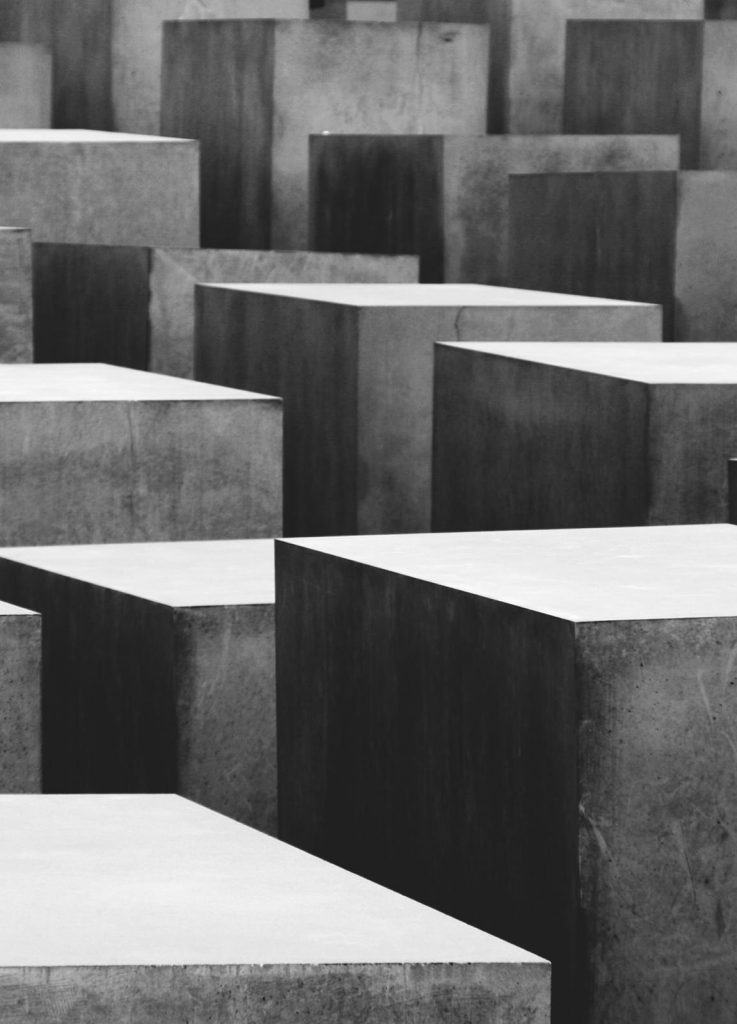 My name is Hebrew, my surname is Polish, my family migrated from Ukraine and I live in the United States. I speak Spanish with an Italian accent, and English with a Russian accent. I don’t eat tacos, dance salsa, or have a mixed race skin, but I identify myself as a Latino or, rather, as a Latin American. The multiplicity of elements that define me give me a unique identity that turns each part into an essential component of who I am.

The four traditional elements of transitional justice –truth, justice, reparation and guarantees of non-recurrence– are interrelated areas of action that may and must reinforce each other. The experience we have acquired shows that isolated and fragmentary efforts of indictment do not silence the demands of larger forms of justice.

How does memory fit into this panoply? So far, memory initiatives are not regarded as one of the four foundations of transitional justice. Memory initiatives are often understood as elements outside the political process, since they are relegated to the “soft” cultural sphere –as art objects to be placed in a museum or a simple monument–, to the private field as a personal mourning, or to a simple historical, almost archaeological, activity. As a result, memory initiatives are rarely integrated into wider strategies of democracy building and are diluted or made invisible in the transitional justice processes. While the measures of truth, justice, reparation and guarantees of non-recurrence are the object of intense political debates and public scrutiny, the same does not apply to memory. However, millions of people visit memorials, participate in memory activities, read documents, books or testimonies or watch television documentaries.

The memory of the victims and the abuses from the past, both as a concept and dynamics, just like my own identity, has multiple components. It includes social, political, anthropological, philosophical, cultural, psychological, urban and archaeological elements, among others. Memory is expressed through a huge variety of media, such as places, monuments, urban marks, testimonies, events, texts and audio-visual media. Those violations that are remembered are not something that just happened to the surviving victims, their relatives or even their ancestors, but they may as well manifest themselves nowadays or occur in the future. The memory of how human rights were violated in the past allows us to identify current problems such as police abuse, prison overcrowding, marginalisation, exclusion, discrimination or an abusive exercising of power. Conceived as such, memory initiatives are an integral part of any strategies to promote and guarantee human rights and further democracy.

The state responsibility in guaranteeing the duty of justice, truth, reparation and non-recurrence places the state in a central and fundamental role in transitional justice

Thus, memory initiatives pursue different objectives: they are public spaces for private and collective reflection; they invite everyone, passively or actively, including those people who do not even know the facts that are remembered (like the present generations who were born after the violations) or that may even disagree with the messages that are communicated, to reflect upon them. They not only force us to remember the victims, but also to think critically about our history and which were the forces that triggered war, racism and apartheid, civil war, dictatorship or political oppression. A policy of memory must promote the debate about ideological, political, economic and social processes that foretold state violence and enabled, facilitated, supported and/or benefited from state terrorism and/or a massive and systematic violation of human rights.

The measures of transitional justice, including memory, even if they cannot establish or sustain democracy by themselves, reinforce the processes of democratic consolidation as soon as they acknowledge people, specially the victims, as holders of rights that were violated and may be asserted before the state. As the UN Rapporteur on Truth, Justice, Reparation and Guarantees of Non-recurrence said: “It does not suffice to acknowledge the suffering and strength of the victims. These are traits that they may share with the victims of natural disasters”. What we want is to remember and act based on the individual as a rights holder.

The state responsibility in guaranteeing the duty of justice, truth, reparation and non-recurrence places the state in a central and fundamental role in transitional justice. But in memory, unlike other areas, the state has no control over the process. Multiple memory activities are promoted by relatives or private initiatives. A state policy on memory must revaluate and encourage this diversity of proposals in relation to sectors and generations, types of expressions and their contents. Furthermore, the state must achieve an effective interrelation among the different initiatives of transitional justice and memory processes.

Judicial decisions, such as the processes of truth regarding facts that represent serious violations of human rights, play a fundamental role in the preservation and building of memory. Firstly, they are official state reports on the violations perpetrated in the past. Also, they themselves become an element of memory. For the future (and also present) generations, the attitude of the judiciary investigating or not, of the legislative power passing or abrogating amnesty laws, of the executive power facilitating or blocking judicial investigations or truth processes, will be part of the memory of how transitional justice will be developed. The court decisions and reports of Commissions of Truth limit revisionist or minimalist criteria on violations. When efforts allegedly devoted to historical memory try to play down or deny the violations that have been perpetrated, a legal action that is serious and impartial, concluding with a criminal conviction or a report from a Commission of Truth that is socially accepted and respected, they challenge the legitimacy of relativist or negationist positions. That does not mean that there cannot be dissenting, opposing or diverging voices that explain or describe violent incidents in a different way. This is absolutely necessary and welcomed in a democratic society. But there is an abyss between the explanation and denial of the facts.

The challenge for a policy of memory is not building memorials or installing sleepy statues, but creating more fair, egalitarian and democratic societies

Going over memory again, certain standards regarding the role of the state in developing memory activities have begun to be recognised. An emerging norm of the international law urges us to interpret memory and compromise about past atrocities as an obligation. Certain standards of the United Nations insist on the duty of remembering, educating about the past and rejecting negations of atrocities. They also highlight the role that archives play in the search of truth and justice, and they are also essential for recovering and building memory. Thus, the state must protect and systematise them, as well as facilitate public access to them, rendering their being kept a secret unacceptable.

A state policy of memory also requires reviewing the way history is taught both in schools and military and police history courses. Education, whether it is addressed to students or security forces, must clearly transmit the idea that serious violations of human rights happened and were not a mere excess, but a policy planned and executed by the state in a flagrant violation of basic principles of humanity, of legal norms, of ethic and moral principles and of democratic conceptions.

A final idea. Memory initiatives have often focused on the lives of men and masculine experiences. In spite of that, a growing visibility is afforded to female victims. The multiple stories of women as activists, often spearheading the resistance, have also started to gain recognition. But there is still a long way ahead for policies of memory to have a clear perspective of genre.

Memory must not only remember and try to avoid the most serious forms of violations of human rights, but it must also be a rejection of the new forms of abusive exercise of power and must allow to visualize other violations that are generally silenced, such in the access to education, health, work and equality. Memory, not that of violations, but of the projects for change that were met by these massive violations, invites us to link those facts from the past to the current problems of our societies. Because, ultimately, the challenge for a policy of memory is not building memorials or installing sleepy statues, but creating more fair, egalitarian and democratic societies.