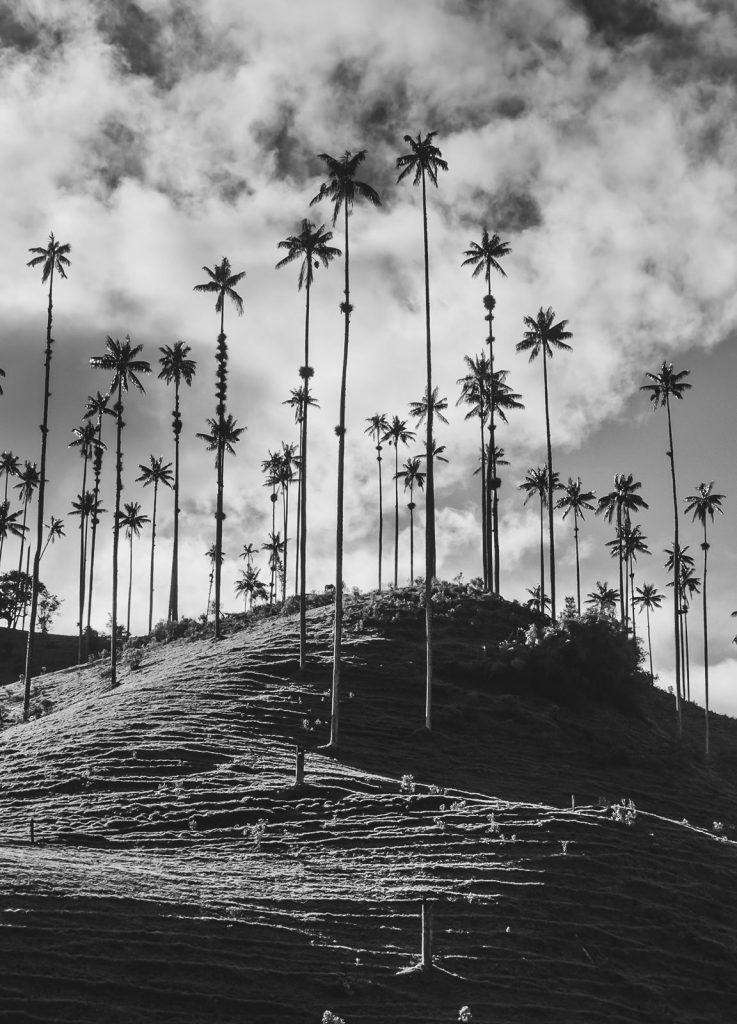 Since the beginning of the Republic, rural development in many regions of Colombia has been characterized by the predominance of rentism in social relationships and behaviour. Rentism is understood here to mean the reproduction of practices imposed de facto by powerful groups to benefit their own privileged position in the political, economic and social structure for their own selfish and exclusive interests, even sacrificing the common interests of the society and without any correlative benefit to that society. This is to clarify that the concept of rentism corresponds to a theoretical perspective that goes beyond the traditional concept of “rent-seeking”.

This extreme rentism as a social practice has privileged powerful agents (legal, opaque – those who move between legality and illegality – and even openly illegal) who are not necessarily distinguished by their innovative abilities in taking advantage of the possibilities the land provides. At the same time it has marginalized/ignored others such as peasants – “lack of recognition” or “devaluation of the peasantry” -, consistent with practices favouring the accumulation/concentration of land aimed both at acquiring political, economic and even military power, as well as pursuing speculative and non-productive objectives. It has led to the inefficient use of the land, reproduction of deficient patterns of specialization in widespread regions of the country – such as in ranching, with around 40 million hectares instead of 12-15 million in accordance with the suitability of the available land – and a transgression of borders between cultivated land and forest reserves. This is promoted by public policies that have prevented the consolidation of the land as a real productive factor, for example, taxation policies that do not tax the profits or income derived from the use of or speculation on land.

In practice, an exclusionary model of rural development has been reproduced, consistent with a high concentration of property ownership, an exaggerated level of informality in relation to the land on the part of the peasants (the large majority have land without being duly registered as holders or without deeds) and, therefore, there is excessive insecurity regarding their property rights, profound social exclusion and marginalization, and little access to basic social services and public goods for the large majority of the rural population (Garay 2013a).

As pointed out in Garay (2013 b), “at the same time as it reproduces itself, [this process] is also strengthened by blocking the creation of a real land market, as it reproduces the predominance of a high degree of mistrust in the validity/stability of property rights, the in-existence of adequate institutions for efficiency, competitiveness and competence among agents (inadequate if non-existent taxation on returns from the land) and the fragility of the rule of law. This leads, under normal conditions, to observed land prices that do not strictly reflect their economic and social opportunity costs from a long-term perspective, that is, competitive cost in a real property market, to give but one example.”

The struggle for the control of territory and the appropriation of land is an indispensable element in the exercise of rentism through illegal and even apparently legal activities.

This has generated an environment for the relative deagriculturization of the land, even in comparison to other middle-income countries, and the relegation of agriculture from its role promoting the growth of the Colombian economy.

However, the struggle for the control of territory and the appropriation of land has been an indispensable element in the exercise of rentism through illegal and even apparently legal activities throughout Colombia’s history. That is, exaggerated rentism, illegality and territorial domination have formed the foundation of conditions indispensable for the development of illegality and the reproduction of systemic violence, traditionally found up to the present in widespread regions of the country, although with varying modalities, agents and dynamics depending on the the period.

However, in the context of the reproduction of illegality under the modality of macro-criminality1 during the past three decades, in the middle of multiple instances of violence, the struggle for the control of territory between different groups and illegal networks (narco-paramilitary groups, guerillas and narco-guerilla blocks, criminal gangs, etc.) was exacerbated, as it became a fight for military control and political power, as well as to carry out illicit activities such as drug and arms trafficking, the appropriation and exploitation of natural resources, and the usurpation of land/land grabbing. And to do this, violence and coercion was used, producing a massive and systematic victimization of the peasant populations and ancestral communities of various regions.

Victimization consisted in illegal armed groups/illicit criminal networks using the power of intimidation/coercion and violence to subject and force the displacement of rural communities. The aim was the so-called “social cleansing” of supposed or real pockets of other criminal groups in order to gain the dominance and de facto land ownership required to exercise political power and for the benefit of both illegal and legal activities as indispensable sources of funding for these groups.

Between 1980 and July 2010, more than 1,100,000 peasant families were forcibly displaced, leading to the forced dispossession of more than 6.6 million hectares of land.

In fact, according to figures from the Third National Verification Survey of the Colombian Commission Monitoring Public Policy on Forced Displacement (Commission 2011), it is estimated that between 1980 and July 2010, as a consequence of systematic actions of legal and illegal violent groups, 1,100,000 peasant families were forcibly displaced from their land, which would amount to the abandonment of and/or forced dispossession of more than 6.6 million hectares (without counting the dispossession of ancestral and community land, nor uncultivated land of the Colombian state), equal to 15.4% of the agricultural land of the country2; that is, the process of dispossession was coupled with the massive victimization that occurred in the country, affecting more than 11% of the population of Colombia in 30 years. This process was particularly concentrated during the years 1998 to 2008.

Such circumstances call for the implementation of a rural development model with a territorial focus that aims for the gradual social inclusion and recognition of the peasantry as a social, productive and political agent for the transformation of rurality in Colombia, in addition to establishing the land as a true factor of production and not for the accumulation of power.

This imposes on the state the responsibility of advocating for peasants’ access to land of adequate quality and geographic situation and formalizing titles to this land. The state must also be responsible for establishing favourable conditions for land use and strengthening the capacities of the peasantry (by implementing a progressive taxation system on both property and land rent, providing loans, technical assistance, access roads, public goods, etc.).

To progress toward an inclusive rural model it is necessary to correct the existing “failure of recognition”, as a result of which the rights of the peasantry have been ignored, a clear redistributions of assets in their favour has been denied – “failure to redistribute” – and the society has not reacted or been moved in the face of phenomena such as massive and systematic forced internal displacement.

In addition, the false premise that the main or almost only social actor capable of integrating in the “global dynamic” is the entrepreneur/businessman must be overcome. Apart from reproducing the devaluation of the peasantry, this premise ignores the potential of the productive systems of the peasantry and small producers in the production of foods, and agricultural goods and the productive use of the land. In other words, the prevailing model reproduces the failure to recognize these productive systems as potential motors for the systematic productivity of the countryside in a country such as Colombia.

Productivity, technical efficiency and the relative profitability of production systems of small producers, under the right conditions, are not significantly lower than those of medium and large-scale producers.

Indeed, in contrast to the predominant official perspective in Colombia, according to the preliminary results of a pioneering study being carried out by the Monitoring Committee of Javeriana University (2013), at least in principle it could be argued that the productivity, technical efficiency and the relative profitability of production systems of small producers, under the right conditions, are not significantly lower than those of medium and large scale producers, and are in fact even higher in certain zones and specialized areas of production.

This implies that to the degree that suitable conditions can be provided in terms of specialization-diversification of products, quality of the land, production methods, legal and social stability, and access to markets, among other factors, in certain zones and with specific products, small scale production systems may be even be more efficient in the use of resources and the available factors of production than medium and large-scale production systems.

Of course, the same can not be claimed for peasant production systems that have been impoverished to mere subsistence-level and subject to inadequate conditions due to poor soil quality, distant and difficult accessibility and precarious social and legal stability, among other factors.

This strongly demonstrates the need and economic and social desirability of implementing a rural development model that reproduces the right environment for the empowerment of the production systems of peasants and small producers. While such a model should improve their efficiency and competitiveness, it must also contribute to the food supply in a socially beneficial way, improve the standard of living of the rural population, strengthen the competitiveness of agricultural production, take advantage of new forms of associational organization and models of insertion of small-scale peasant production to value chains in conditions of equal opportunity with other links in business production.

This will only be possible with the abolishment/dismantling of the roots of rentism and illegality and the strengthening of the foundations of the rule of law in all regions of the country and the establishment of social relationships not based on the exercise of power but rather on the democratic exercise of citizenship and the observance of basic human rights.

1. A macro-criminal network is a social network or group of heterogeneous agents who have multiple psycho-social interactions within a flexible and malleable structure through the formation of sub-networks – with a hierarchy that is not strictly pyramidal and inflexible and through sub-network components with some specialization – during a specific period in order to achieve criminal objectives through the realization of various activities, criminal as well as non-criminal. Some possible empirical characteristics of a macro-criminal network are: Active participation of multiple types of nodes/agents (supposedly legal, openly illegal/criminal and others that are hidden and move between legality and illegality); establishment of multiple types of interactions in a specific period, illegal/criminal as well as legal, and institutional infiltration, manipulation and reconfiguration to varying degrees and levels, with medium and long-term effects.

2. The pattern of dispossession clearly reveals the rural structure of the country: the excessive concentration of property and the high degree of informality in the legal relationship of the peasantry to the land. In general it can be said that more than 40% of the land in Colombia is not formalized/registered, in legal terms, by the peasants, given that they do not have duly registered deeds. Thus, only 21.5% of peasants who have been dispossessed or who have been forced to abandon their land have a registered deed; that is, they are considered property owners in a legal sense according to the Colombian Civil code.